An Ode to Gerry McNamara

Share All sharing options for: An Ode to Gerry McNamara 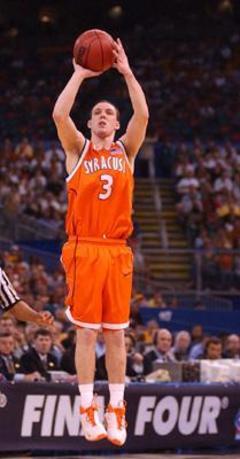 Georgetown lost, I lost, and now we all lost.

As a result of an awful bet I made with Hoya Suxa, I am forced to pen a horribly inaccurate and deceiving composition about Gerry McNamara.  To fully reflect on the impact Gerry has made on my life, I decided to write a poem, through the eyes of Craig Esherick.

(More filth after the jump)

You weren't much to look at,
Somehow listed at 6'2''.
After one glance I knew that,
I take shits bigger than you.
You couldn't dribble or drive,
Leap high or get back on D.
How you got to this level,
Is beyond the life of me.
Were it not for your only skill,
Your shooting ability.
You'd be working for Wonka
at the Chocolate Factory.
But alas, I regress,
For fear of being a dunce.
During your tenure at Cuse,
I never beat you once.
Time and time again,
As much as it hurts to say.
You hit clutch shots and caused,
me much pain and dismay.
That shot at Verizon,
The one in 2004.
It actually made me cry,
I couldn't hate you more.
Since so much time has passed,
It is nice to look back at things.
I have nothing to show,
And you, a championship ring.
It's funny how things worked out,
I wish I wasn't such a snob.
As I am now sitting at home,
While you have a coaching job. 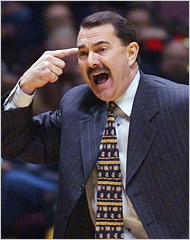