Share All sharing options for: Casual Lock of the Day - February 18th, 2010

From THE GLOBAL PHENOMENON's man Varmint out in Vegas (yes, he really lives in Vegas) comes your 5-Star Guaranteed Casual Lock of the Day: 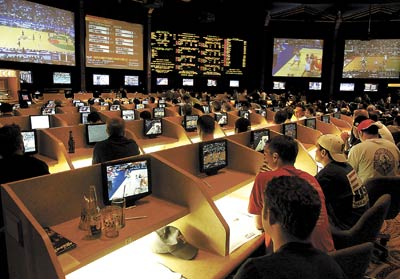 Heaven is a place on Earth.

Lock of the Day after The Jump:

I am 3-4 after Utah State failed to cover last night against Louisiana Tech.  As far as my rough start (and 3 game losing streak) goes, the only thing I can say is I document picks, while others run and hide. Most guys will say they won the game after the game is over or they will say thing like "I told you to take Louisina Tech."  I knew La. Tech was a duck, I just needed a few more points.  Tonight, I'll travel into your territory:

Yes, you heard it here 1st. This is a big play for all you G'town followers out there. You might say to yourself...."Cuse beat G'town by 17 a little less than a month ago."  But that was a month ago.  I think the Hoyas are due for a big day shooting the ball. They will solve that 2-3 zone and hit some 3's which will be enough to steal this game. A team like Syracuse bases a lot of its success on confidence.  It lost that confidence by getting their asses handed to them by an average Louisville team. Syracuse will be in the hunt come March..but tonight will not be their day.

Empty your bank accounts and lay heavy.  Georgetown -1.5 is a LOCK!!!