I don't blame the Hoyas for that lackluster performance yesterday. With the Nordic Combine and the NBA All-Star CrapFest right after the game's conclusion, why wouldn't they be looking past Rutgers? It's tough to hand out Awards after that display of garbage, but we're here (on President's Day no less) doing our damn jobs. It's just too bad the players didn't do theirs yesterday. Onto the Awards. 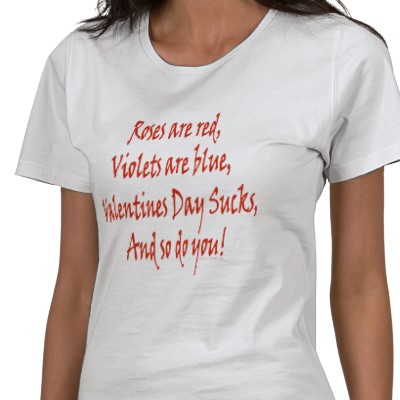 Best Day of the Year. via rlv.zcache.com
Fan Friendly Award:
This would normally go to MASN for showing the ended up the Iona-Loyola Maryland game instead of the Rutgers-Georgetown game, but they actually did the right thing. The former game was a lot more competitive and fun to watch than the latter. Kudos to MASN for having an awful feed which froze every 2 minutes, I am sure what I missed during the technical difficulties would have made me even more miserable than I am now.

The Brooklyn Decker Award for Most Entertaining Game-Thread Post:
StPetersburg Hoya wins his first award with the following gem:

(Casual Hint: Any reference to pit stops along I-95 always wins.)

The It's My Birthday and I'll Cry If I Want to Award:
Jeff Green's Dad. I turned 24 today and Casual Hoya gave me my own birthday present - I get to run with the awards from here. I also got to ring in the celebration watching the Rutgers game from the 5th row. Happy birthday to me.

The Hell on Earth Award:
The Louis Brown Athletic Center. Probably the worst place I have ever watched a basketball game at. Between the blood red seats and Jersey trash, I will never, ever, ever step foot back in that stadium again. I'm pretty sure the RAC was the 5th circle of hell in Dante's Inferno.

JeffGreen'sDad at a hard time at Rutgers yesterday. via www.revelationministriesoutreach.org

The Ringo Starr Award for Making a Mediocre Performer Look Good:
Georgetown's big men for making Hamady Ndiaye look like a first round draft pick. Rutgers fans were muttering that usually all they expect from him is a few random dunks, but he looked like a young Shawn Kemp against the fleet of foot Julian Vaughn. It is hilarious to think about just how bad Demarcus Cousins would crap on our big men. I'm not a betting man anymore, but I'd set the over/under of combined points and rebounds at 45.

The Luke Wilson Award for Really Letting Himself Go:
We've all seen the brutal AT&T commercials with Luke Wilson looking like he ate himself. The same goes for Patrick Ewing Jr. I saw him at the game yesterday, looked like he threw on a casual 40 pounds since college. And it wasn't muscle.

The Truman Show Award:
Patrick Ewing Jr. At one point he got up to go to the bathroom. I needed to relieve myself about 10 minutes later. When I got near the bathroom he was still outside of it, taking pictures, shaking hands, and having to entertain every moron who wanted to talk to him. At one point while he was washing his hands some 75-year-old came up to him and said "Well I thought you were Roy but now I know you are Patrick. Do you remember that Syracuse game a few years ago when you guys hit that shot?" It was the only time I ever thought to myself, "Wow some parts of his life suck."

Shaquille O'Neal Award for Crappy Free Throw Shooting:
Chris Wright and Austin Freeman. If you two want to be the "closers" for us, you both need to hit free throws in tight games with less than 4 minutes remaining. The two juniors combined to be 0-3 late in the game. You know how many we lost by? 3 points.

Craig Esherick Award for Horrible Coaching:
John Thompson III. It was very apparent that Rutgers was getting a lot of second chance points off rebounds to us in the stands. Apparently it wasn't to our coach. With a minute and a half left my friend said "We need to put Julian back in because they are killing us on tip ins." What happened when we were up one with under a minute to go? Hollis Thompson's man got a tip in lay up while our 6'9" center sat on the bench.

The NBA All Star Game Award for Lack of Defense:
The Georgetown Hoyas zone defense. We've said it before, we'll say it again. We suck at zone defense. Like really suck. Every single time we go into a zone it ends in a layup or an open three. Please stop playing zone.

The Definition of Insanity Award:
Insanity is defined as doing the same thing over and over expecting different results. Georgetown's overconfidence and lack of respect for its opponents will be the death of this season. It is unclear to us why a team that went 16-15 last year would ever overlook an opponent, yet these clowns continue to do it on a weekly basis. After watching yesterday we see no way that they can string together enough games to make a run in either the Big East Tournament or the NCAA Tournament.

The DaJuan Summers Award for Believing He is Better Than He Actually is:
Chris Wright. We addressed this in Casual Communication when asked who we hope would take the last shot in a game, but Wright has a lot of DaJuan in him. He was sulking throughout the entire game yesterday, seemingly more focused on his personal stats than how his team was doing. And then with 10 seconds left down one point, with Greg Monroe unstoppable in the post, he shoots a 3 and misses badly. I hope that JT3 privately ripped him a new one for taking that shot. No matter what happens, the ball has to be in Monroe's hands in that scenario. Rutgers could not stop him, yet Wright, just like Summers a year ago, thinks he should be the hero.

The Three Musketeers That Should Be The Dynamic Duo Award: 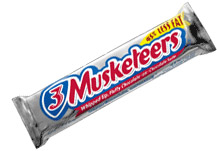 Chris Wright, Austin Freeman and Greg Monroe. This team has two surefire studs - Freeman and Monroe - and one guy who thinks he should be included in the conversation - Wright. The offense ran great when Jason Clark was penetrating, kicking it to Freeman, and getting the ball into Monroe. Wright doesn't create for others, and still seems like a bit of a cancer to this team. Every possession should be Freeman driving, Monroe driving, Freeman shooting, or Monroe passing for easy looks. Run the offense through the two of them every single possession. Bench Wright if you have to send a message. I don't care. I'm just sick of his punkass ruining this season because he thinks he is better than he actually is.

Allen Iverson Seeing It in Person is Believing Award:
Greg Monroe's passing ability. I hadn't been that close to the court in a long time, so I didn't have a full appreciation for how incredibly skilled his passing is. He has an ability to see a play unfold three steps ahead of everyone else. It is uncanny. He must have had 7 passes yesterday where I thought "that was one of the best passes I've ever seen." Do enjoy him while he's in a Georgetown uniform, because passing like that is once-in-every 10 years kind of good.

Greg Oden's Male Member Award for an Image I Want Seered from My Memory:
Mike Rosario dancing on the scorer's table in front of the student section after Rutgers won. I was in the Rutgers student section. He was dancing like 5 feet away from me. I can't get it out of my head. Please make it go away. I hated yesterday so much.

The Georgetown Hoyas are still a nationally ranked powerhouse.