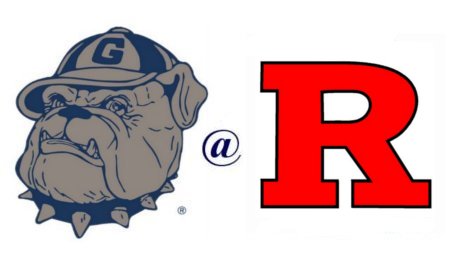 Thanks to snow days being declared every evening, people have been throwing last minute parties each night. While this has been great, it has definitely diminished the excitement for the weekend, because we have already had a weekend all week. My roommate is in the business school and does not have Friday class, which means he has had a ten day break from school.

Other than our team taking an extra day to get home, the cost of this respite is not being able to spend Monday casually enjoying a serving of freedom fries while watching old State of the Union addresses. Georgetown rebuked the Holiday. The good thing is that on Monday we are not penalized for missing class, so all of those Valentine’s Day parties in Henle will hopefully still go on, and if the hangover prevents me from going to class, I can always tell my teachers I was out of town celebrating all of our past presidents.

During this road game against Rutgers, we will find out if we truly have what it takes to blow a team out by thirty points. Honestly, I know the Big East is a tough conference, but if we do not win this game it will leave me heartbroken on Valentine’s Day.

Rutgers again, huh? The game at Verizon wasn't much of a contest but playing at the RAC is something different. One of those old bandbox gyms, Georgetown has struggled there on occasion. OldHoya's a bit nervous for the game but based on the Hoyas' recent play, feels pretty good about this game.

On a Big East note, OldHoya's been sitting close enough to the floor that he's gotten to know several of the refs over the years. No doubt, OldHoya lets them know his opinions on their often horrific (and anti-Gtown) calls but most of the zebras are pretty good guys. There are always exceptions and in this case, the odd man out is the infamous John Cahill (is it ridiculous that we're supposed to call him Cowell? who pronounces his name that way?). Generally humorless and certainly pompous, OldHoya cringes whenever Old John works the games.

Georgetown won the first meeting between these two teams by 25 points. I suspect Rutgers won't be as bad in this one, but even if they play half as bad I still think the Hoyas will cover the 11 point spread. I don't like giving 11 points to anyone, but let's see if this team has the swagger to finally go out and assert itself against an overmatched opponent.

The Hoyas are currently 11-8 ATS (that's 'Against The Spread' for those just tuning in).