Sleeping With The Enemy: The Revenge of Rutgers

Share All sharing options for: Sleeping With The Enemy: The Revenge of Rutgers

I know what you're thinking.  It's Rutgers!  No problem!  Easy win!  But we here at the GLOBAL PHENOMENON know better than to look beyond the quality of our opponent because we know that Georgetown is capable of losing to anyone, especially facing an omen such as playing on Valentine's Day against a team with Scarlet in its name.  In order to stave off the impending disastrous defeat, once again we are bringing you everything you need to know about Rutgers.  Special thanks to our friends at Protect R Turf and On The Banks of the Raritan for once again answering our penetrating questions HERE and HERE. Fellas, this Coors Light is for you.

CH:  Were you pleased that the entire cast of Jersey Shore re-upped for Season 2? I was kind of hoping they'd get an entire new group of guidos and guidettes and start fresh. Thoughts?

PRT:
I'm just completely shocked that they only held out for more money from MTV. I figured they'd wait for lifetime supplies of glowsticks, hair gel, and tanning vouchers before signing on for Season 2.  I'm ok with bringing back the old crew. From what I've heard they're probably not coming back to Seaside Heights, and will be headed for a different locale. They should send them to a place like Green Bay, Wisconsin, or Knoxville, Tennessee; let's see what the locals there think of them. Snookie might not be the only one getting knocked out.

OBR:
I'm fine with another go-round with the original crew.  I can do without Snooki and I see J-Woww getting fat.  A better idea might be to do a Jersey Shore winter show.  Have you ever seen the Seaside Heights winter denizens?  It's a sad place to be.  It looks like the cast of any random Cops show filmed in Florida made its way up for the cheap winter rentals.  Alcoholism, crack addicts, etc.  Now that's a situation.

After yet another dismal year in New Brunswick, is there any chance that Fred Hill is the head coach at Rutgers next season?

In my honest opinion there's no way that Rutgers can bring back Hill for his final year. Fred Hill's Big East mark currently stands at 10-53. Are we supposed to get excited about 2 wins in Big East play? Is that considered progress? This team is too talented and at times has quit on Hill during games (see the quotes after the Villanova game), a sure sign that a change is needed in Piscataway.

Not unless the Scarlet Knights win the Big East Tournament and make an appearance in the Sweet Sixteen.  It looks like a couple of teams in the conference may be looking for new head coaches (St. Johns, DePaul, and possibly Notre Dame) in the near future.  This school needs a change.  Hill isn't a bad guy, but this job was simply too much for a first-time head coach.  Someone with experience building programs is needed at RU.

More with Rutgers after The Jump:

How did Rutgers football do on national signing day?

The Schianocopter was in full force over the last few days of the recruiting season (I like to think of the Schianocopter as a helicopter with Schiano's face, just like the Petercopter in Family Guy). What started as a pretty mediocre class was strengthed with a late flurry of activity including the signing of Tampa's Jeremy Deering and 4 star recruits Rashad Knight and Brandon Coleman. This class isn't as talented as some of GS's past classes on paper, but what it lacks in star-power in should make up for in depth.

I honestly don't keep up with football, but I do know people seem to be pretty excited.  While we didn't land anyone among ESPN's top 150, we did land a top recruit from Florida.  Running back Casey Turner is supposed to be the real deal.  Rivals.com ranked Truner the No. 53 running back in the country.  Jeremy Deering, also from Florida, is rated the No. 17 athlete nationally by ESPN's Scouts, Inc.  As far as I know, South Florida has the best recruiting class among Big East teams.

In one of the more bizarre moves of all time, former Rutgers coach allegedly made his team participate in a strip free-throw contest that ultimately led to him and the school being sued and him being fired. This was almost 10 years ago so it might be before your time but do stories still float around about that? Is there anything that isn't scandalous in New Jersey?

The Kevin Bannon thing was before my time, but hey, what's a little bit of naked free throw shooting between friends (come on Casual Hoya, after a couple of cases of PBR, you guys know that this sounds like a fantastic idea). Scandal/corruption/controversy runs rampant in New Jersey. You just get used to it, kinda like getting used to living with an STD after bagging one of those Jersey Shore girls (ouch...it burns). 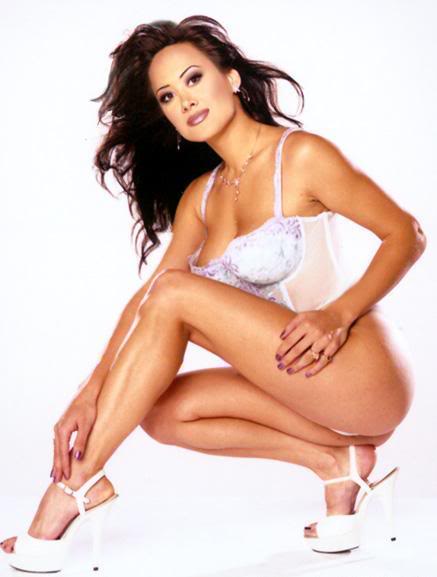 I have much more respect for Rutgers   via i66.photobucket.com

Should Fred Hill consider using a student manager as a player like Vivian Stringer did?

Poor C. Viv. She's one of the best college basketball coaches in the men's or women's game (over 800 career wins) but the only time that she ever gets in the news is when there's some kind of controversy at the school. Forget about a student manager, Fred Hill should definitely consider using one of the women's players in an upcoming game. Most of those girls could bench press Mike Rosario, no problem.

Absolutely.  At this point, the fans will favor anything that will get Hill suspended.

Pat Forde once labeled Rutgers-Seton Hall a "Red Hot Rivalry" How much does your blood boil when you play your Jersey neighbors?

Loathe. Scorn. Hate. I cannot stand Seton Hall. The fact that they are in the Big East is a joke (as Cosmo Kramer would say: "they contribute nothing to society"). For as bad as these two teams have been over the last couple of years, most of the games have been very close. One of the best moments of the Fred Hill Jr. era actually came against SHU in 2008 when JR Inman (yes, the JR Inman of the famous facebook anti-Fred Hill rant) capped a furious RU rally with a 3-pointer in the final second to knock off Seton Hall in Newark. The best part of it was the look on Gonzo's face afterwards. Priceless.

I think it is more of a rivalry for Seton Hall because its students have an inferiority complex.  They are fully aware that Rutgers is a better school with stronger students and more accomplished faculty.  They have a lot more riding on the basketball rivalry.  It gives them something to feel good about, until the moment comes when someone asks them where to go/went to school.

Georgetown won the initial meeting between these two teams by 25 points. What does the spread need to be in order to make you seriously consider taking Rutgers and the points?

Don't look now, but Rutgers has actually been playing pretty well since the loss to G-town. They're 3-2 (including a win over in-state powerhouse Caldwell College), and actually looked pretty decent in the loss to Louisville. If I was a betting man (which I'm not....at least since they shut me out of my sportsbook....damn government) I'd say Rutgers getting 17 points would be the number for me to lay some money on them.

Dude, I'm not much of a gambler.  I may take a 30-point spread.  I do think this game will be closer than the first meeting between the two teams though.  Georgetown will probably win it, but by less than 15.

Scale of 1-10 with 10 being ‘I'd rather sit on a vertical scissor than watch', what is your attitude toward the upcoming Winter Games in Vancouver?

I've heard a lot of moaning and groaning about the Olympics and how people aren't going to watch, but me, I'm all aboard. I love international competition (don't even ask about my excitement level for this summer's World Cup), and if curling, the biathlon, and figure skating don't get your juices flowing then I don't know what will. Put me down as a 2 because I'm uber-excited about this Olympics (and not just because of the ultra sexy Lindsay Vonn).

I could care less.  I'm not down with sports that require shit attached to your feet (hockey, skating, snowboarding, skiiing, skateboarding, etc.)  Curling looks pretty dope though.

Rutgers is a surprisingly solid 10-4 at home but an ugly 0-7 on the road. Do you all get a decent student turnout for the games?

With the downturn of the Rutgers program, attendance at the RAC has dropped dramatically. But the worst part is the passion has been sucked out of the place. Even as recently as 5 years ago the RAC was a place where ranked teams went to die. Now the place is three quarters full for most games, and often times the chants for the opposing team drown out the cheers for the home team. I remember last year when I went to RU-Syracuse, the game was sold-out, but almost half the crowd was Orange fans. When Johnny Flynn posterized Mike Rosario, the eruption from the Cuse fans was the loudest I had heard in years. Very sad.

The best crowds this year have been for teams that draw a lot of attention nationally (Syracuse, Villanova, and Notre Dame).  For some crazy reason RU played Caldwell College, a Division II school from Jersey, this week and could only draw about 1,100 total fans despite free admission and parking.  To make matters even sadder, the game was scheduled during rivalry week and was fan appreciation night.  That about sums it up.

I think that this one will be closer than the last. Rutgers had no answer for Greg Monroe last time, and they still won't, but at least Mike Rosario has been playing better of late. Hopefully Rutgers gets the Georgetown team that lost to USF, and not the one that blew out Duke and Nova.