In a game that wasn't as casual as the final score indicated, the Hoyas improved to 18-5 (8-4) with a 79-70 win over the Friars of Providence. While the game was as ugly as the DC weather, we here at THE GLOBAL PHENOMENON are nonetheless handing out hardware to those most deserving. 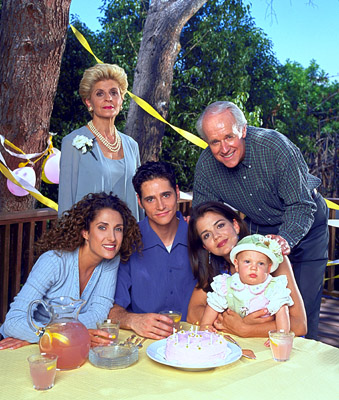 Melina Kanakaredes basically the only redeeming thing in Providence.
via l.yimg.com

Enjoy It While You Can Award:
Greg Monroe. 12, 7, and 12 with 1 block and only 2 fouls? Astonishing numbers capped by the heroic and-one attacking the basket at the end of the game. Be sure to applaud Monroe every time he's on the court because you're looking at his swan song as a Hoya - Chad Ford has bumped him up to Number 10, where Monroe will go to the Jazz, by way of the Knicks. (Casual and Hire will now light themselves on fire.)

The Brooklyn Decker Award for Most Entertaining Game-Thread Post:
Brooklyn Decker gets an award named after her for 'earning' the cover of the Sports Illustrated Swimsuit Issue, easily the most entertaining issue of the entire year. Sleepyhoya wins his first award for pointing out the turning point of the game.

down seven in second half when i remember i don’t have my casual hoya headband on. Headband on, georgetown outscores providence by 16 points the rest of the half.

The My Husband Has Hands of Stone Award:
Kendra Wilkinson. For some reason I just find this funny. Does it make me a bad person? Probably.

New Orleans Saints Onside Kick Award for Game Changing Play:
Chris Wright's whirling three point play. Wright did one of his patented wrecking ball drives, and while I screamed "NOOOO!" something magical happened, the ball went in, he got fouled and knocked down the free throw. The Hoyas went from trailing by 4 to trailing by 1, and never looked back. 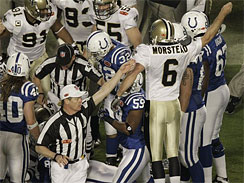 Dennis Rodman Award For Outstanding Offensive Rebounding:
Providence Friars. Maybe this should be the anti-Dennis award for Gtown not hitting the glass: 22 offensive rebounds and 42 overall by Providence (to Gtown's 9 and 31). Obviously the Hoyas were able to overcome that with some inspired individual play but in a close game, this rebounding issue will likely rear its ugly head in games that are more meaningful.

The Georgetown Students during the USF Game Award for Worst Fans Ever.
Providence. You may not know this, but last night was a "Black Out" at the Dunk. Kudos to the ten guys who got that memo. A top-ten team comes to your town and that's the best you can muster? No wonder Pitino packed his bag of cocaine and left town.

Mood Ring Award for Swing From Upside to Downside:
Georgetown hoops squad. Pick up a tremendous conference road win and then get stuck in Providence? Tough one. Thankfully, esteemed bloggers LordNick and Takin The Points know what to do when in Providence for a few hours: The Foxy Lady.

The Ron Artest Award for That Crazy Look in His Eye:
Jason Clark. Anyone else notice how he looked like he was about to snap when Chris Wright got in that scuffle with Bilal Dixon? And then he picked up a quick 3 fouls after, went to the bench, and needed JT3 to calm him down before he got thrown out of the game. I thoroughly enjoyed this wrinkle in Jason's personality.

Vegas Award for Knowing More than Us:
Las Vegas. For setting the point spread as Georgetown -4.5. When Casual Hoya saw the line, we thought "easy money" and then were sweating bullets until about 15 seconds to go in the game. Clearly, Vegas is smarter than we are. On a related note, Casual Hoya is now 13-6 ATS.

Mr. Peepers Award for Lack of Online School Spirit:
You know who you are. This blog has a brother-in-law who is a proud graduate of Providence College (was a classmate and close-personal-friend of Ryan Gomes). Anyways, he was invited to join THE GLOBAL PHENOMENON and defend the honor of the Friars before last night's game. Oh, he was ready to go and pledged to create the most ingenious username CasualHoya has ever seen. Well, the game has come and gone, and where is this staunch defender of the Providence Friars? NOWHERE TO BE SEEN! He must be working on his NIT bracket blog and playing online Call of Duty Modern Warfare with a bunch of 12-year olds. BURN! See you in Pittsburgh, sucker.

Deja Vu Award:
Georgetown's rebounding. Fair or not, when we were getting manhandled on the boards all game, all I could think about was last year and watching DaJuan Summers and Greg Monroe get their asses handed to them every night. And then I started shaking uncontrollably and crying.

Jeremiah Rivers Award for Defenses Having No Respect:
Jerrelle Benimon. He hasn't been guarded outside of 10 feet in the last 5 games, when he is on the court we are playing 4 on 5. Defenses have absolutely no respect for his outside shot, or lack thereof. Not saying he is the defender Rivers was, but at this point, offensively they are a wash. Benimon still provides this team with muscle, rebounding, and a warm body with five fouls off the bench, but we hope he can start knocking down an occasional 15 footer soon.

Tedy Bruschi Award for Team's Heart and Soul:
Julian Vaughn. He may not be the most skilled player on Georgetown, but he sets the tone for the rest of the team with his rebounding, ferocious dunks, and all around intensity. We have very much enjoyed the Julian Vaughn renaissance this year. 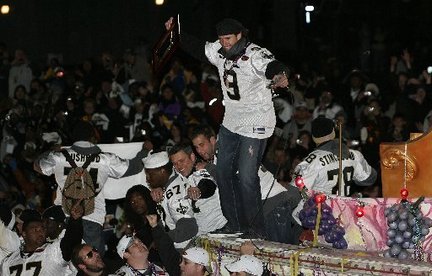