The Casual Awards: The Devils Went Down in Georgetown

Share All sharing options for: The Casual Awards: The Devils Went Down in Georgetown

In honor of the biggest win of the season thus far, we're bringing you the biggest Casual Awards OF THE ENTIRE YEAR. Hopefully these will help you ease into your week and get rid of your case of the Mondays. Onto the Awards... 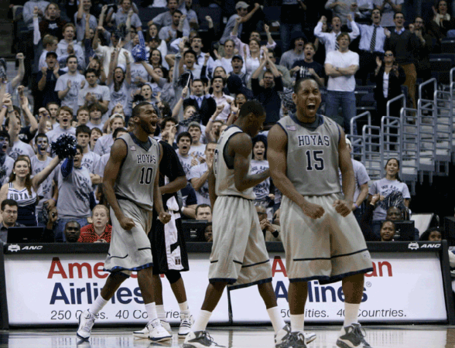 There was great joy in Verizon on Saturday. via thehoya.static.sgapreviews.com

Barack Hussein Obama. Thanks for showing up, Mr. President. The Hoyas are now undefeated when El Presidente takes in a game at Verizon. Gotta give it up to Obama for his spot-duty doing color in the 2nd half. His telling Clark Kellogg that he's coming after his job and that he'll either have 3 more years or 7 more years was actually pretty funny. And so was the "I went to the Republican House caucus just yesterday to prove that I could go to my right once in a while" line.

The 1985 Villanova Wildcats Award for Cocaine Inspired Shooting:
Uh, that's going to be your Georgetown Hoyas. Seventy-two percent from the field? That is insane. I am not saying anybody was using illicit narcotics but that kind of shooting is ridiculous. And for fun let's take out Benimon's 0-3. That gets us to 77 percent shooting. For perspective: a coked-up Villanova shot 78.6 in the 1985 championship.

The Grammys Award for Most Entertaining Game-Thread Post:
The Grammys are always entertaining, bringing together high fashion, low fashion, great performances, awful performances, and Casual Hoya favorite Adam Lambert. TheYellofAllYells takes the prize for his post during the Duke game for the below:

Duke fans in my section.

Duke fans in my section. Felt safer leaving my jacket in my seat than if they were a Syracuse fan

High fives only on three pointers.

The Craig Esherick Memorial Bonehead Coaching Move Award:
Did Coach K not watch any tape of the Georgetown - Syracuse game? It doesn't take a genius to realize that the Hoyas have difficulty scoring against a zone defense, but Coach K stubbornly started out in his traditional man-to-man and paid for it dearly, with Georgetown getting numerous easy looks on backdoor cuts. When Coach K finally went to the zone, the Hoyas punished him by shooting nearly 50% from three.

The Fan-Friendly Award:
Normally reserved for the Verizon Center, this award goes out to both Georgetown and Duke, for complaining about the home-home series before the game. Look, we understand that playing a major non-conference game in the middle of an already brutal conference schedule (Georgetown, not Duke) is demanding and takes a toll on the players. And we understand that it sucks not being able to schedule the game due to TV requirements. But you HAVE TO renew this series. It is good for the fans, it is good for the players, it is good for the programs, it is good for college basketball, heck, it is even good for the city. I haven't seen so much buzz around a Verizon Center event since the New Kids on the Block concert last year. This must become a reoccurring tradition, just hold it pre-conference in December.

The Lady Gaga Award:
Bizarre? Interesting? Talented? Desperate for attention? Trendsetter? Fashion police? Not sure where you fall on the Gaga spectrum, but she's cant' miss TV, just like CBS - America's Most-Watched Network.

The Cameron Indoor Stadium Award for Home-Court-Advantage:
The Verizon Center. A spectacular display by Georgetown fans to turn the horrific Verizon Center into a true home court for the first time as long as we can remember (and we can remember all the way back to USAir Arena). Tremendous turnout, tremendous gray-out, and awesome denial of good seats to fat Duke fans who were hopefully stuck at the nation's worst Hooters (the one in Chinatown) eating chicken wings and crying into pitchers of beer.

The Politico Playbook Award for Yet Another Reason DC Sucks:
To the useless political science major who probably likes ruining his family's central Jersey Thanksgivings with tired analysis of the internal dynamics of the Congressional Democrat Blue Dogs and what that means for the "Public Option." That douche wins for writing the sign that said "COACH K MANAGED COAKLEY'S CAMPAIGN." What's wrong with a nice "COACH K BLOWS GOATS"? Damn politics. Jesus, I wish I lived somewhere else.

The Progressive Auto Insurance Award for Demanding Value:
Sead Dizdarevic for either getting on, or putting a friend on, the Bolt Bus Sunday evening. There is no better way to travel between New York and Washington if you demand value and have no dignity. It should also be noted that during the game, Sead was buying drinks in the Miller Lite beer line--not the Peroni line.

The Avril Lavigne Award:
Avril was perhaps the worst guest judge American Idol has ever had. Anyone who voted not to send that casual worship pastor dude with three kids to Hollywood is soulless, cold-blooded and has no heart. As such, Casual Hoya's first ever Avril Lavigne Award goes to Kyle Singler of Duke.

The Chevy Chase in Fletch Award for Remembering When Someone was Awesome: 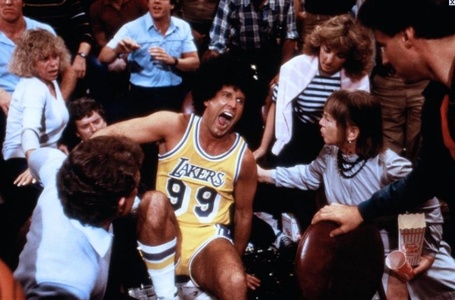 "When it came to basketball Gail was a loss, but we had our own version of one-on-one."
via www.latenightwithjimmyfallon.com
Darrel Owens. You may have walked by section 102 at the half and thought you recognized someone. Yes, that's who it was (although there were others). I went home after the game and watched Fletch on cable and thought about how awesome Chevy Chase used to be. Then I remembered Owens from three. And I sighed. And then I drew a picture of Joakim Noah flushed it down my toilet. Those were good times. I hate my life.
The Man's Best Friend Award for Putting First Things First:
To legendary PHENOMENON blogger itsallthatmatters for passing on the game to take his dog to the veterinarian somewhere in West Virginia, apparently, since it was a four hour round-trip in the snow. At least he would have been able to hear Chvotkin's on-air heart attack should Georgetown have blown it's lead.

The Lumber Liquidators Plywood Bench Award:
TO OUR BENCH! Apparently we have one. Ten points on Saturday from the guys who aren't on the court at the tip. That has to be some kind of record. (Casual Note: It isn't.) Coupled with the cheering by Henry Sims, I feel good things coming. Lack of depth? We are the deep blue sea, baby!

Joe Lieberman Award for Bipartisanship
Barack Obama. I was watching him pretty intently for the entire game, 100% sure he did not flash that winning smile once. Not a wink, clap or any other display of being a human being for two straight hours. No clue why he wouldn't want to root for the juggernaut that is the Georgetown Hoyas. 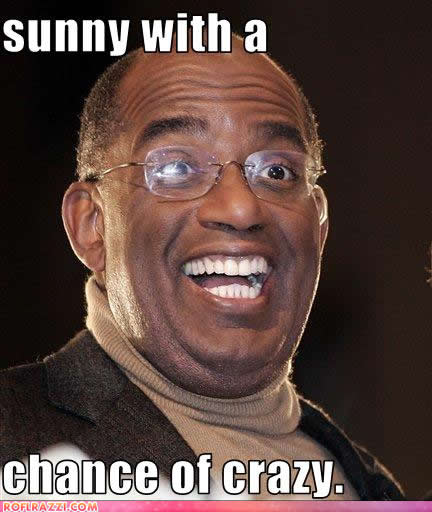 That was as good a game I've seen Chris Wright play. Not even because he shot so well from the field, but because he was in control the entire time. I don't remember a play where he turned into the Wrecking Ball, and he hounded Scheyer and Smith on the defensive side, forcing numerous turnovers. We all know by now that as Wright goes, so go the Hoyas, since our 16-0 record when he scores in double digits can no longer be considered a fluke.

Natalie Portman Award for Being Way Prettier in Person:
I saw Natalie Portman out in New York one time and was stunned at how pretty she was. That's how I feel about Austin Freeman's shot. In the pregame and coming out of the locker room at half time I swear he didn't miss a single shot. He is fast becoming one of my favorite players of all-time, which is a shame because I'm probably his least favorite blogger.

The Verizon Center is an Oligarchy Award:
It's already humiliating enough that I can't spring for awesome seats for the biggest game of the year, it's a bit unnecessary to give the rich people free t-shirts and not to the 400 section. If you want a gray out you have to give some t-shirts to the peasants too.

LeBron James Sore Loser Award:
We all remember LeBron not shaking hands with the Orlando Magic after the Cavs lost in the Eastern Conference Finals. This award goes to Mike Krzyzewski for saying after the game that Georgetown is "very good but not a powerhouse". Really Mike? Your boys got completely demolished, out athleted and overpowered and you are going to say we aren't a powerhouse? Eat it. 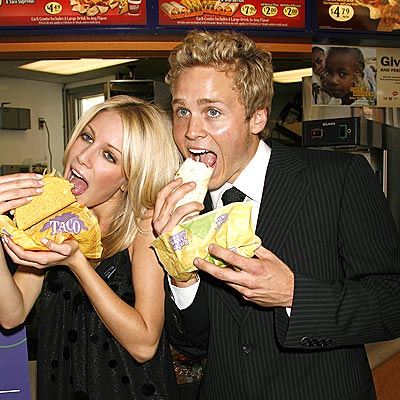 Loyal reader Kim Frank's Sweater for being a weirdo creep. Tracy McGrady walked into Clyde's with about a 15 person entourage, and Kim Frank's Sweater decided to get into the elevator with all 15 and try to make conversation with Mr. McGrady. Unfortunately, he was stonewalled, as the lazy-eyed McGrady did not acknowledge his existence.

Ashton Kutcher Award for Best Tweet of the Day:
Bill Simmons for this gem while he was watching the Duke game. "Obama should have said, 'I really hope the Hoyas win. I hate Duke. Duke sucks.' His approval rating would have skyrocketed." +1 for you good sir, +1 for you.

Rich Chvotkin. I wouldn't exactly call his halftime replay of questions to Coach Thompson "hard hitting" but his play by play is consistently entertaining. Unclear whether Chvotkin pounds a few casual 5 Hour Energys before the game or if he was just amped for this Duke game, but he nearly passed out screaming about every play Austin Freeman made. Some personal swipes at Coach K would have been well received but I can't fault the guy who shamelessly promotes his son as a statkeeper. We hear at CasualHoya clearly support nepotism - how else would Jeff Green's Dad have this coveted job?

David Hasselhoff Drunk Moron Award:
Our very own Jeff Green's Dad for getting kicked out of the Irish Channel Pub for being too intoxicated. At 4PM.

Patrick Ewing Junior Award for Being a Great Teammate:
Henry Sims. We'll say it again, we are big supporters of Henry here at Casual Hoya and he was easily the most energetic guy on our bench yesterday. Consistently clapping and standing, supporting his teammates. We look forward to a time that he plays more, and appreciate his ability to continue to be a positive force for the team even when he's not playing. 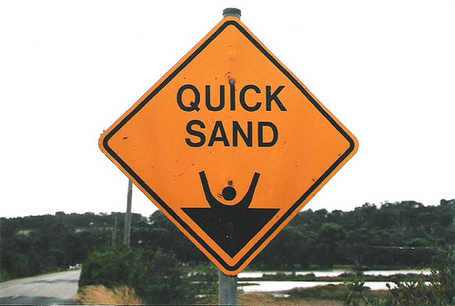 Nestled in between Duke and Villanova are the South Florida Bulls, coming off an 11 point win against Pitt. Elite teams don't lose this game. Is Georgetown elite?

The South Florida Bulls are NeXt.