Who Is This Georgetown Fan and Why Is He on Current TV?

Share All sharing options for: Who Is This Georgetown Fan and Why Is He on Current TV?

We beat Missouri.  I'm nervous about Utah State.  But back to more pressing issues: Who is this Hoya and why is he so awesome?  Also, who the hell watches Current TV? 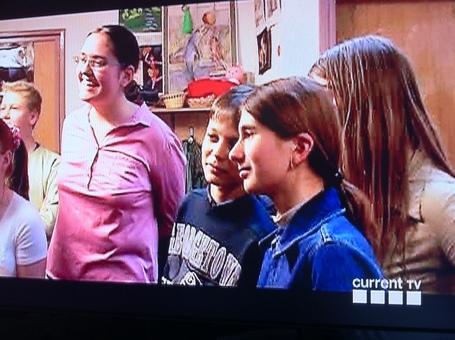 (Some answers after the Jump)

We are all familiar with the unmatched global reach of Your Georgetown Hoyas, from UN missions in Africa to discerning gang members across the US, from professional athletes to fans of professional athletes.  Word now arrives of Hoya Paranoia at the UNICEF center for the Children of Chernobyl in Kiev, Ukraine.

Spotted during Current TV's "Long Way Round", as Ewan McGregor and friend motorcycle around the world.  Despite numerous hardships, this plucky young man has clearly remained focused on educational and athletic excellence.  Ukrainian boy, we salute you.

Well stated Sir.  Now explain why you were watching "Long Way Round" with Ewan McGregor on Current TV.