Sleeping With The Enemy: The Tigers of Memphis

Share All sharing options for: Sleeping With The Enemy: The Tigers of Memphis

Yes we know, Georgetown's game against Memphis isn't until Thursday, but we're rolling this out today in order to rev up the hype machine early.  As always we here at THE GLOBAL PHENOMENON are bringing you everything you need to know about Georgetown's next opponent.  Special thanks to Brooks Hansen of Memphis Roar, the biggest and baddest Memphis Tigers blog on the planet, for providing answers to our always intriguing questions.  Mr. Hansen, these bud lights are for you. 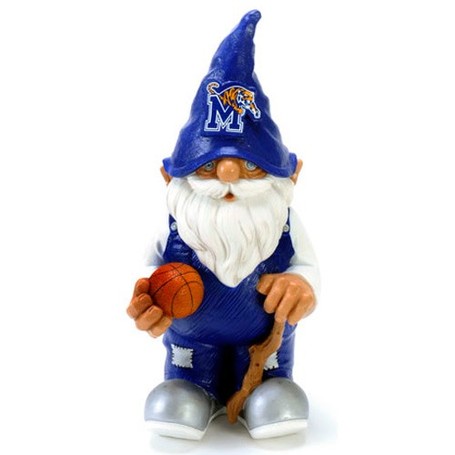 Take us back to April 7, 2008. What were you thinking with 5 seconds left in that game? How loud are the boos for Mario Chalmers when he comes back to Memphis with the Heat? Have you truly forgiven Derrick Rose?

I just looked back in my calendar and that day apparently didn't exist. But if it did, I'm pretty sure what I would have been thinking would have been a string of four letter words.

Who is Derrick Rose? In all seriousness, Rose is still thought of and treated like any other former Memphis player. The common mantra around the city is "Once a Tiger, always a Tiger." Rose is no different.

Who are Memphis's best scorers? Rebounders? How is Memphis going to make up for the loss of Wesley Witherspoon to injury?

With junior Wesley Witherspoon out, freshmen Will Barton and Joe Jackson are the obvious answers. Instead, I'm going to say Chris Crawford. When he gets hot, the 6-foot-4 freshman shooting guard is as good as it gets on this Memphis squad. In Memphis' game against Austin Peay, Crawford scored all 6 of his first half points in the matter of 31 seconds and finished the game with 18. He also dropped 15 against Kansas.

Rebounders? Memphis has those? LOL, just kidding. Tarik Black is a very good rebounder but needs to find ways to stay on the floor.

On my last trip to Memphis, I enjoyed Rendezvous but was blown away by Interstate. The damn place offers bar-b-q spaghetti. Am I delusional? Are all tourists missing out? Feel free to extol the virtues of Gus's while we're on the topic of food.

Yes, you are delusional, but yes, they do have BBQ spaghetti. Next time you're in town, grab some BBQ nachos. Yumm. Some other BBQ joints to try would be the BBQ Shop, Central BBQ, or Germantown Commissary. Gus's Fried Chicken is....ummm...ridiculous. The awkward "close-talking required" line is definitely worth it.

In what appears to be a record, Memphis has TWENTY TWO people listed under ‘coaches' (in fairness, the list includes 10 managers and the athletic trainer). Is it me or is this a lot of coaches? What's the deal?

Memphis has produced a shocking amount of talent and more importantly, has managed to keep much of it home. Ranging from Keith Lee to Anfernee Hardaway to Lorenzen Wright and now, Joe Jackson, the pipeline seems to never run dry. Keith Lee is almost certainly the best player to ever wear the Memphis uniform but who is the most beloved son?

I believe your are mistaken. Penny Hardaway is the best to ever wear a Memphis uniform, but to find the most beloved son you need to look to the bench during Hardaway's years. Having played and coached at the University of Memphis, Larry Finch - who rivals Hardaway as one of the best ever at Memphis - is the original "hometown hero" for Memphis. Finch is a legend.

Many people were surprised when the baton was passed from Coach Cal to Josh Pastner. The kid's done a pretty solid job with the team and has really been getting it done on the recruiting trail. What's the buzz on him from the Memphis faithful?

Memphis fans think he's gosh dang, super-dooperly, positively fantastical. In fact, there have been 172 cases of stalking reported to the Memphis police department. Women apparently love him. He's a heartthrob.

Speaking of which, Coach Cal did a great job building the program but ultimately bolted for greener pastures just as major questions started to arise with the program. Cal has managed to skirt by unfazed but what do people think about him now? Is he regarded as a used car salesman or would he still eat for free around town?

People love him. He can eat for free out of any dumpster in Memphis.

The Pyramid was always regarded as a cool arena - how well do you enjoy playing in a soulless NBA arena? (Casual note: our take from playing at Verizon is it sucks)

Outside of the $9 beer, the FedExForum is great. The location and arena are top notch. Pre-gaming at Silky O'Sullivans makes it even better. Get a "Diver".

If there's one thing other than food that Memphis is renowned for it's music. Every red blooded American should make the pilgrimage to Graceland but what other Memphis legend should we know and love?

Prince Mongo. Google him. You will not be disappointed.  (Casual note: Here you go.  Only gets better after the first paragraph which says " claims to be the ambassador of the planet of Zambodia and claims to be 333 years old."

Angel Garcia just accepted a pro contract to head to Spain. He wasn't a major contributor but it's got to hurt to lose your biggest body. How will Memphis regroup going forward?

Well, they will probably start by blowing out a ranked Big East team. Other than that, vamos a estar bien sin él. (Casual note: SPANISH ALERT!)

Can you even come up with a close second for national name of the year? HIPPOLYTE TSAFACK might be better than the immortal Chief Kickingstallionsims.

I'm not so sure that anyone can compete with "Hipp" this year, but I know he has some competition next year in 2011 PF God's Gift Achiuwa.

We normally ask a question about how teams will do in conference but CUSA sucks and there's little doubt you'll polish off all the other losers to go undefeated (again). How long can Memphis tolerate beating the tar out of teams like Tulane before it joins a major conference? In a related note, Texas Christian is now part of the Big East.

Memphis has tried just about everything to get into a major conference. Only problem is the feelings have to be mutual. So, as for now the Tigers will continue to beat poor competition in CUSA. But hey, at least they can beat the lesser teams *cough* Ohio *cough*.  (Casual note: OK, this means WAR).

Like Bourbon Street, Beale Street is always going to be a party but where will the locals be hanging out on a Friday night?

To get away from the touristy spots, head over to Bardog's off of Main Street. If you are anywhere downtown, jump on the trolley and it will drop you off right in front. There are also some good spots like Celtic Crossing in Midtown.

I'm a big believer in Ken Pomeroy. His game plan score prediction currently has Georgetown winning by one, 72-71, over the Tigers. I'm going to say Memphis shocks Ken Pomeroy with a last second three by the previously referenced Chris Crawford to win the game. There's a reason his nickname is C3, aka Chris "Clutch" Crawford.