Sleeping With The Enemy: The Tigers of Missouri

Share All sharing options for: Sleeping With The Enemy: The Tigers of Missouri

As usual we here at THE GLOBAL PHENOMENON are bringing you everything you need to know about Missouri ahead of tonight's battle in KC.  Special thanks to Bill Connelly of Rock M Nation, the greatest Missouri Tigers blog on the internet, for providing answers to our always intriguing questions.  Mr. Connelly, this Heineken is for you. 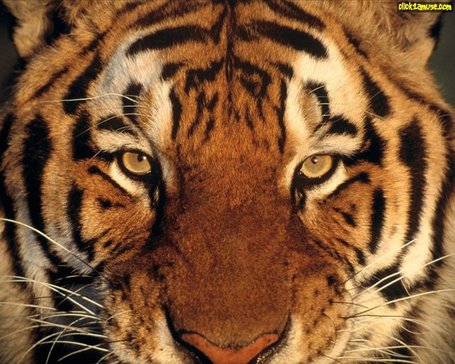 Tigers are scary.  via www.click2amuse.com

Missouri came into Georgetown's McDonough Gym in 1982 led by Steve Stipanovich. Looking back, was there ever a reason to believe that a guy with a mustache like this and who had made up a story to cover accidentally shooting himself would ever be able to lead Mizzou to a win?

I honestly don't have much of an answer to this, but I DID once see Alonzo Mourning, Patrick Ewing, Dikembe Mutombo and Mugsy Bogues at a wedding in DC one time. It was awesome. If only I had a camera phone in 1996.

How prominent in Missouri lore is that tremendous Georgetown upset of then-no. 4 Missouri in 1982? Do you clad yourself entirely in black on Feb. 20?

I was 3, and my counterpart RPT was, I think, minus-7. If I had to bet, I probably did cry at some point that day, but it probably had more to do with an upsetting skit on the Muppet Show or being forced to eat peas or something.

Who are the Tigers' best scorers? Rebounders?

The scorers are schizophrenic on this team -- Kim English, Marcus Denmon and Laurence Bowers (all juniors) are all capable of going for 20+, but both Denmon and English are just as capable of a 2-for-15 shooting night. If English is on, Mizzou doesn't lose. But he's not always on.

Georgetown and Mizzou both battled for Tony Mitchell, with Mizzou landing him. By all accounts, Mitchell used some loosely regulated correspondence courses to even come close to eligibility - was he really worth the trouble?

In a similar vein, Mizzou took a flyer on Quinn Snyder some years back and Snyder had tremendous early success before horrifically flaming out amid various NCAA allegations. Is there any reason to believe that Snyder decided to become a cheater once he arrived at Mizzou or is it more likely that he (just like Tommy Amaker) thought he'd be able to get away with the same cheating that his boss, the notorious Coach K, did?

Whatever may or may not have happened with Snyder in Columbia, clearly he did not learn from Coach K how to cheat WELL. In the end, Mizzou basically got put on probation because he gave a player some flip flops, and his wife made a recruit a burger. Sadly, the recruit didn't even COME to Mizzou ... so that burger was obviously subpar. No wonder they divorced. 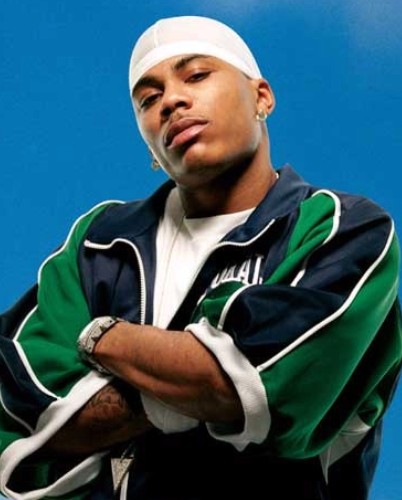 From the Loo and he's proud.  via 4.bp.blogspot.com

Sorry, not much of a Nelly Furtado fan. That's who you were talking about, right? Or maybe James Madison's mother, Nelly? Not sure if she was much of a musician. Famous women's tennis player Nelly Landry? British soprano Nelly Miriciolu? Don Nelson? These are the only Nelly's I acknowledge. No other Nelly's exist in my universe. None.

(On a side note, that OTHER Nelly did blow up a friend of a roommate of a friend's parent's boat one time. That was pretty cool.)

How do you see the Big 12 shaping up this season and where do you think Missouri winds up?

Obviously this isn't what a Mizzou fan is supposed to say, but I've been betting on Kansas winning another conference title for quite a while. I assumed Kansas State, Baylor and Missouri would make up the second tier in some order, though Texas is apparently going to have something to say about that. I hate it when Texas teases with mediocrity (in all sports) then becomes good again.

We know very little of the Show Me State outside of it having St. Louis and being featured in the cringe inspiring, "Jesus Camp".  What other upside does Missouri offer?

I mean, what DOESN'T it have to offer?? Barbecue ... wineries ... meth ... a flagging economy ... the fun cultural diversity of half a populace that thinks it's Illinois and half that thinks it's Arkansas ... bring the family! Something for everybody!

Whatever happened to Anthony Peeler?

I hopped onto Wikipedia to find something semi-amusing ... like him still professionally in Iceland or Singapore or something. Instead, I see he's an assistant coach at Virginia Union. Which ... is not as entertaining as I hoped. Dude could shoot 3's and dunk the ball, I'll say that much.

Friday night in Columbia - where are all the coeds partying?

Those who are not invited to RPT's apartment end up gravitating toward either a place called Field House or a place called Quinton's. If you're at Quinton's on the right night, you might even see a girl falling off a stairwell!

Mizzou has been a horribly slow starter this season, which is obviously alarming. They've made up for it by being mostly great in the second half (that's what depth and a fast pace do for you), but ... being a great second-half team only matters if you don't get blown out of the water in the first half. Mizzou will have to play with an edge they haven't had so far this season, but ... I'll be honest: I always pick Mizzou. Not because I think I'll be right or wrong, but because if they win, I simply want to say I predicted it. It's a lot easier than the alternative. Ken Pomeroy says Georgetown 74, Mizzou 73, so I'll say Mizzou 74, Georgetown 73. Eat THAT, Ken!