The Casual Awards: Curing Your Case Of The Cyber Mondays, One Award At A Time

Share All sharing options for: The Casual Awards: Curing Your Case Of The Cyber Mondays, One Award At A Time

The Monday after a long holiday weekend is always the best day to be back at work.  Your co-workers are happy to see you, you are happy to be back at your desk, and you are happy that a nice full work week awaits you every week for an entire month without any break.  In many ways, today is the worst day of your life.  As usual THE GLOBAL PHENOMENON is dishing out hardware to those most deserving.  Away we go... 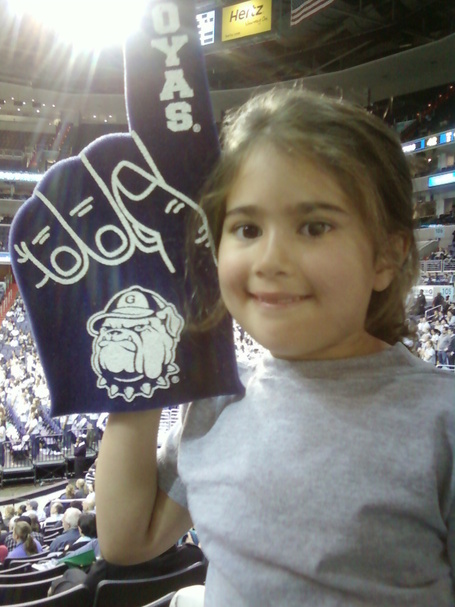 This #1 Fan makes it easier to tolerate Monday.

Chris Wright Heart of a Champion Award:
Sure, Austin Freeman scored 32 points and set a Georgetown record with 7 three pointers.  HO HUM.  He didn't have 11 points along with 10 rebounds plus take an elbow to the eye which spilled gallons of blood on the court.  Congratulations, Hollis Thompson.  You win.

Austin Freeman 4 Point Play For Spectacular Play Of The Game Award:
Austin Freeman's 4 point play. That is his third of the year. He is now on pace to shatter the all time NCAA record for 4 point plays in a season, currently held by Glen Rice. I completely made that stat up. 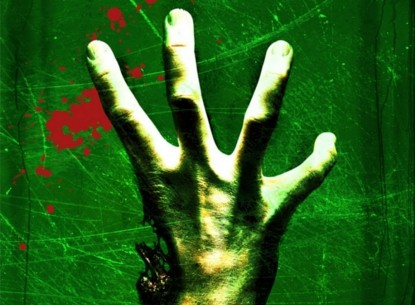 How many 4 point plays is Austin Freeman going to have this season? via www.techwarelabs.com

Patrick Ewing Jr. Badass Teammate Award:
Aaron Bowen. Ewing Jr. was an enforcer for the Hoyas back in the Jeff Green-Roy Hibbert era. He punked Jared Dudley, got into it with John Beilein, and set the tone for aggressive behavior. Well, our freshman class seems to be following suit. Nate Lubick strikes me as a no-nonsense dude, and Bowen absolutely CLOBBERED a UNC Ashevillian after Hollis Thompson got his eye all busted up.

Carson Palmer Not Taking Care Of The Rock Award:
Chris Wright and Jason Clark. 13 turnovers combined from our two starting guards and primary ballhandlers? BAD BOYS. Tomorrow night is going to be a real test for the turnover prone Hoyas because that Missouri press is no joke. Also, Carson Palmer is the worst quarterback in the league that started the season as a starter.

The Oh My God We're Back Again Award:
I have never been so excited for a concert as I am for the New Kids On The Block and Backstreet Boys tour.  In other news, I caught Morning Glory over the weekend (yes, I was forced) and was pleasantly surprised.  That Rachel McAdams is quite lovely. 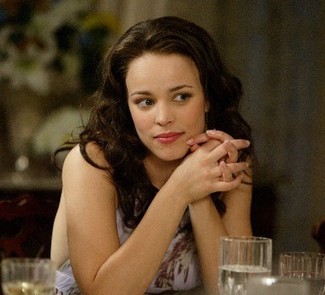 NBC Sunday Night Football Genius Scheduling Award:
The Georgetown Hoyas. Games against Missouri, Temple and Memphis before year-end? Sign me up. This is awesome, we get three awesome games before the Big East play even starts. Hey bossman, please don't mind me, but I'll be spending the rest of 2010 blogging and commenting on this blog, have yourself a Merry Christmas and a Happy New Year. Also, NBC rules. Colts-Chargers last night and then Steelers-Ravens next Sunday night? Yes please.  On a related note, thank you ESPN for giving us the 49ers against the Cardinals CrapBowl tonight.

Brandon Lloyd Quietly Putting Up Monster Stats Awards:
Julian Vaughn. Swagman is silently averaging 12 points and 8 rebounds over his last four games while the guards steal all the headlines. You aren't fooling me, you handsome stud. As for Brandon Lloyd, dude was only drafted in 4% of fantasy football drafts this year. I completely made that stat up.  It was probably 0%.

The Incredible HANK Award:
Henry Sims. This one is subtle, and you probably had to be there, but early in the first half Sims gets on the floor and throws a RIDICULOUS hip check on some poor Asheville bum. Clear foul, and it was called, but the effort had to be applauded. Next possession, he storms to the rim with a monster dunk AND ONE. Of course, he misses the free throw. But something is going on here.

The Joe Pesci in "Casino" or "Goodfellas" Award:
Aaron Bowen. This was discussed in the game thread. Thompson goes down in a hard foul, blood on the floor, play stops. Next possession, Asheville driving to the basket... BOOM! Sweet retribution. There is some discussion as to whether this was a legitimate and clean foul. Let's perish the thought. It was payback!

The LordNick Has Nothing Else to Live For Award:
The former Peroni Stand. It's gone. Without a trace. Now there's some yahoo selling bar-b-que and Miller Lite aluminum bottles. What can you do for a premium beer? Wait until the Stella carts open during conference play, I guess. Or kill yourself. They probably have Peroni in heaven.

The Every Girl is Crazy for a Sharp-Dressed Man Award:
Moses Ayegba. Let me tell you the best thing to happen to Georgetown fashion this year: Moses Ayebga getting that nine-game suspension from the NCAA. That's given him the opportunity to rock tremendous suits on the bench each game. Just glorious fashion, giving JT3 a run for his money (though we can't tell yet if he goes ventless like coach). Regardless: stay classy Ayegba.

The If We Ever Get Out of Our Mother's Basement and Meet a Girl Award:
Georgetown Basketball Promotions. Did you notice it? There were A LOT of kids at Verizon for the game. Apparently there was some ticket deal where kids got a $5 seat or something and a box of crackerjacks and a hot dog. Nothing like coming face-to-face with the ticking TIME BOMB of our own breeding mortality. And we had to clean up our act. They better not bring kids to the Syracuse game.

The Where Not to Hold a Casual Pre- or Post-Game Party Award:
Cuba Libre. Checked out this new place over on H Street after the game. It was like walking into a Pirates of the Carribean ride--faux palms and plaster balconies where damsels in distress can hide out
from marauders. I thought the place would be classier, since their other locations are Atlantic City and Orlando, two cities that just scream good decision and not getting in a fistfight with your wife at a Best Western.

Hidden Gem Award:
The Acela Club Balcony. For those of you wealthy enough to throw some serious cash at the Hoop Club (or spring for Club Level seats), there is no greater benefit than the Acela Club. And nothing greater about the Acela Club than the BALCONY just past the bar. Throw open a door and you're standing 40 feet above 7th Street, enjoying the sun and the fresh air, maybe having a nice cognac-dipped cigarillo and resisting every urge to pour beer on people standing in line at the Dunkin Donuts. Really an under appreciated upside. Remember it when you want to stand in the cold rain just to feel alive at halftime when we're losing to West Virginia.

Bob Sugar Hate To Be The Guy To Tell You This Award:
Remember when Jay Mohr's character in Jerry Maguire canned Tom Cruise's character in the middle of the crowded restaurant? Remember the poop-eating grin on his face while he did it? Well that's how I feel about the news I am about to deliver. To all you Syracuse fans out there, your team sucks this year. Do not get it twisted. There will be no glorious t-shirts to be made. This team stinks something nasty like the 2009-2010 UNC Tar Heels. Fab Melo should rename himself Barely Contributing Melo. Andy Rautins, Arinze Onuaku and Wes Johnson were the entire team last year. I'd rather tell you this now before you get all hot and bothered about beating SUNY BumbleF&%^ and the like in the next few weeks. It is going to be a long season in Syracuse. Just don't claim you weren't warned.

The Jim Nantz Commenter of the Game Award:
SirHoya is this game's winner for providing consistent commentary in the gamethread while listening to the game in his mother's basement somewhere in the bowels of Pennsylvania that kept many of his fellow Hoyas up to date with the goings on at Verizon.

Carmelo Anthony Either You Are All The Way Here Or Get Out Award:
Vee Sanford. Look dude, you go to Georgetown, you are on the basketball team, stop sulking. I know it hasn't been that bad thus far, but I don't like the way you have been carrying yourself lately. If you think you deserve more time, work your butt off in practice and give the coaches no other choice but to play you. Barely paying attention during huddles and not cheering your teammates on will yield no sympathy. We here at Casual Hoya believe you deserve more time, we are in your corner, but man up.

Old Balls Award (Named in Honor of the Winner of (2010 Casual Bracket Contest):
The Oakland Raiders.  Great week to start both Darren McFadden and Zach Miller for your fantasy squad.  FAIL. (Note: This was the exact same Award given after last week's Raiders game.  Fool me once, shame on me.  Fool me twice, shame on me again or something.)

Kanye West Is The Greatest Human Being On Earth Award:
Have you heard that new Kanye album? I mean, it is pure genius. Top to bottom it may be the best rap album of all time. I am sure that "All Of The Lights" is the greatest song ever. No matter what you think of his antics, he consistently challenges himself and creates new sounds like no other artist of our generation. I sound like the douchebags that work at Slant. Crap. Anyways, this award is for Austin Freeman. 32 points on 15 shots? 7 made three pointers? Another 4 point play? I am going to miss watching him in a Georgetown uniform next year.

Barack Obama Awesome Sports Injury Award:
Hollis Thompson. Getting stitches from sports is sweet. They heal relatively quickly, usually they aren't horribly painful, you don't miss much time, and the injuries look so badass. Hollis getting 4 stitches will get him so many girls, and he doesn't have to be hobbling around on crutches or missing any time, thank baby Jesus. Also, forget politics because that is boring. It is really cool that our Commander In Chief plays basketball hard enough to get popped in the mouth. Although, the dude that drilled him has to be terribly scared for his job.

The Document Your Lunch Award:
Ham.  There are simply no words. 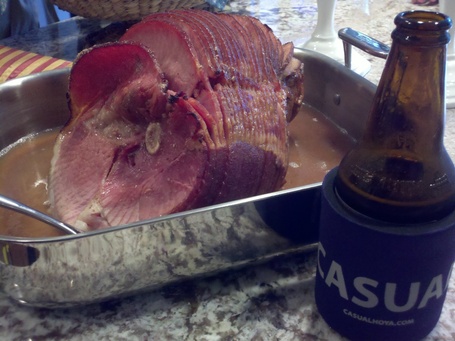 Eric Taylor Award For Demanding The Most Out Of His Players Award:
John Thompson III. When he was asked about Freeman's four point play, instead of congratulating Austin, he mentioned that he could have had another one. That's why he is the coach and I am a blogger. If I coached Austin Freeman I'd consistently be hugging him and telling him how great I think he is. JT3 demands perfection and never lets his players get complacent. Unless they are playing Ohio in the NCAA Tournament. Clear eyes, full heart, can't lose.

National Geographic Award for Best In-Game Photography:
Our intrepid Casual Spy inside the building provided the below from his way too close to the action seats.  Enjoy. 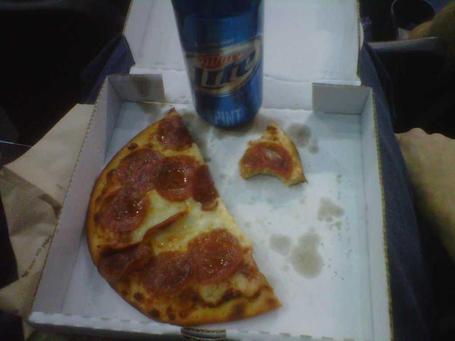 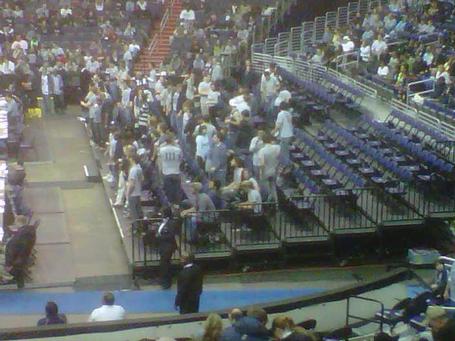 The Georgetown Hoyas are an undefeated national powerhouse.

The Missouri Tigers are NeXt.