Sleeping With The Enemy: The Wolfpack Of N.C. State

Share All sharing options for: Sleeping With The Enemy: The Wolfpack Of N.C. State

It's the finals of the Charleston Classic!  Get hyped!  We here at THE GLOBAL PHENOMENON are bringing you everything there is to know about our vaunted opponent ahead of this massive Big East - ACC Showdown.  Special thanks to Backing The Pack, the best NC State blog on internet, for taking the time to provide entertaining and informative answers to our always interesting questions.  Backing The Pack, this Absolut and soda is for you. 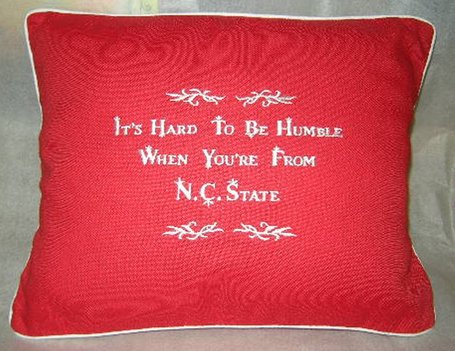 Where did most NC State students want to go? Duke or UNC? Tell us something about NC State social life that would have made us want to transfer there from Georgetown.

Everybody that goes or went to NC State applied to Duke and UNC just to turn them down. True story. But if I had to choose, Carolina is the easy pick. It's all about the honeys. Plus they actually have a functional football team. That's key. Duke's got Wojo, Karen Owen, and half of fucking New Jersey. Big deal. And it's in Durham.

NC State's administration has worked hard to amputate many booze-related traditions over the years, and while we don't have a White House, the governor's mansion is close by. If you like to get drunk and discuss House resolutions, which I assume you all do, you can get a similar but quainter experience here.

Tracy Smith, a senior forward, is NC State's best all-around player. Reliable scorer in the paint, solid rebounder at both ends, criminally underappreciated in general. But he hurt his knee on Thursday and will not play on Sunday.

Richard Howell is the Pack's best rebounder at both ends of the floor, and it is not close. He was one of the best rebounders in the ACC last season, he just didn't get the minutes to make that evident. On a percentage basis, he is very good.

With Smith out, State will likely rely on its backcourt, sharpshooter Scott Wood, and stud freshman CJ Leslie to do the bulk of the scoring. We have the best backcourt we've had in forever, though it is green. Ryan Harrow and Lorenzo Brown will factor in heavily, and both are true (and highly-regarded) freshmen. They've been worthy of the hype so far. Harrow is small but extremely quick and a dazzling ball handler. Brown is impressively well-rounded for a first-year kid and has great chemistry with Harrow; the two have been friends for a while.

Looks like Tony Bethel found a good home at NC State following his Georgetown transfer and is now the video coordinator. Has he ever discussed what kind of a coach Craig Esherick was? Made any public comments on Esherick's mustache? 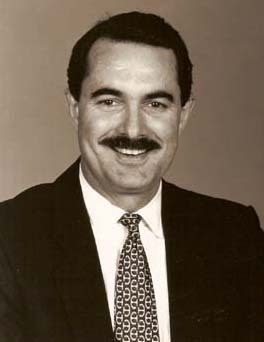 Tony never mentioned Esherick's sweet stache, though I assume it was his inspiration night in and night out. You can tell he has a deep respect for it in that he has never attempted to replicate its brilliance.

Ship sinking, one spot in the life boat who do you give it to: Chris Corchiani or Rodney Monroe?

I have to chose between Fire and Ice? Where is the ship sinking? Are we in the tropics or can I see Russia from my boat?

One bullet - who do you use it on Coach K or Roy Williams?

I only get one bullet? Damn. So much for that dream about blowin' up K's face like that guy did Hitler's in Inglourious Basterds. It's Coach K, by the way. I'd shoot Coach K.

The combination of Sidney Lowe and Monte Towe looked great to alums but was it prudent to part ways with Herb Sendek? Clearly a high risk-high reward type of hire but to this point, it looks like Lowe is more of the former.

There's a loaded question. Based on the results we've gotten from Lowe to this point and the likely continued modest success of Herb Sendek, it probably wasn't the best exchange. To be clear, though, we did not have a choice in parting with Sendek; he was feeling pressure and decided to start fresh somewhere else.

That said, Lowe could well prove the smart move in the long run, as he put together an outstanding recruiting class that has this year's team positioned for an NCAA tournament bid. If he keeps up the good recruiting, we'll never look back. As it stands now, we look back way too much. Poor Herb.

Talk to us about the ACC this year and where do you see the Wolfpack finishing?

Duke is without a doubt the class of the league; they'll be better than they were ago and should have no trouble taking the league's regular season title. After the Devils, the league becomes a bit of crap shoot, much like it was last season. Virginia Tech, North Carolina, and Maryland will be NCAA tournament teams but have not played at a high level in the early going. A lot of moral victories so far, especially for Maryland.

NC State was picked to finish fourth in the ACC, and I think that's a reasonable guess. I would never rule out our ability to disappoint, but we're good enough to finish in the top half of the league and earn an NCAA tournament bid. That would be a big step forward for Sidney Lowe.

It's been almost 20 years since ‘Personal Fouls' came out. Can Peter Golenbock get served at any restaurant in Raleigh?

Certainly. Can he get served anything that hasn't been spit into? Doubtful.

The Wolfpack play at Syracuse on December 4th. How will you celebrate after you win?

A lot like the last win over Syracuse, which was a double-digit breezer in the Carrier Dome. I think. There was a lot of beer involved.

Who cares about basketball - where can we get the best barbecue in Raleigh and what are the proper side dishes? Feel free to go into as much detail as you'd like.

Of course, it's not as simple as "point me to a good barbecue joint" in North Carolina. There are two distinctive styles of barbecue, eastern and western. It's one of the biggest rivalries in the state. Both sides swear theirs is the only way to go. (They're also both delicious.) It's all pork, so everyone wins. 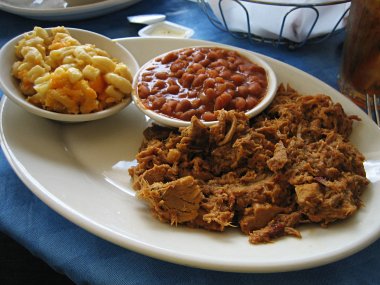 Respect the Pig.  via justinsomnia.org

We've played well, but I have a hard time seeing the Pack beating the Hoyas without Tracy Smith. We don't have a reliable low-post scorer when he isn't in the lineup, and it's safe to say our young guards haven't seen an experienced backcourt like Georgetown's. Give me the Hoyas by eight. Really, as long as Chris Wright doesn't hit a buzzer-beater, I'll be fine.