The Morning After: The Hoyas Shooting Clinic Leads to Skepticism

Share All sharing options for: The Morning After: The Hoyas Shooting Clinic Leads to Skepticism

Rush The Court " Blog Archive " ATB: Coaches vs. Cancer Edition
Georgetown Guards.  The Hoya trio of Austin Freeman, Chris Wright and Jason Clark scored 54 points and dropped 17 assists in an easy win over Coastal Carolina at the Charleston Classic.  This is all fine and well until the guards go cold from outside — they hit 14 threes tonight, but we seriously doubt that’ll be the norm.

Around the Top 25: The ACC starting to show its weaknesses | College Hoops Journal
No. 20 Georgetown 80, Coastal Carolina 61. All things considered, Georgetown should be winning this game by an average of 25 points.

The BIG EAST Recap: 'Georgetown is now Duke' Edition - The Nova Blog
Since when did the Hoyas become a soft team that jacks 3's all game? Probably since they failed to have an elite big man to faciliate John Thompson III's offense. Now it's just Chris Wright, Jason Clark and Austin Freeman passing amongst themselves until one decides it's time to shoot (probably Wright from my experience watching him play). 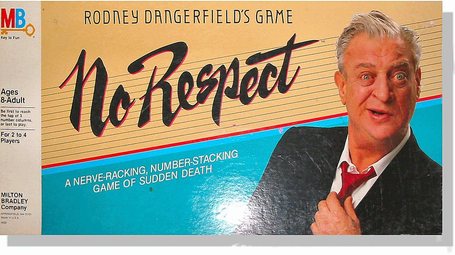 Georgetown basketball again has hot hand in win over Coastal Carolina
"This is probably the second game in a row where we took too many," Hoyas Coach John Thompson III said when asked whether launching 30 shots from long range was part of the game plan. "But if your question is whether our guys can make them at that clip, my answer is yes. . . . We have guys who, across the board, will make open shots."

Paint Comes to Life as Hoyas Go to 3-0 | The Hoya
Coming out of the locker room, the Hoyas made a concerted effort to get production inside against the Big South Conference favorite and opened the half on a 9-3 run, which included a three-point play on a drive by Jason Clark and a polished right-handed jump hook off the glass by Vaughn, who finished with 11 points and seven rebounds. Later in the half, Henry Sims took a Wright dish for an easy layup and Freeman caught a bullet bounce pass on the baseline for a reverse left-handed lay-in. Whether it was the big men or the guards getting inside, the paint came to life for the first time this season.

Yet Another Basketball Blog (YABB): Charleston Classic
Georgetown freshman Markel Starks is playing correctly. He dribbles around, guards the ball handler, and makes the right fake-passes before passing against the zone. But when you look in his eyes you see a player who is still awestuck by the college game. It is amazing what body language can say for a player. Georgetown junior Henry Sims still looks like a player who lacks confidence when on the floor, while Georgetown freshman Nate Lubick looks completely confident. Of course Lubick was making the wrong cuts on a number of plays and practically driving Chris Wright insane, but he looks like a player who believes he can contribute this year.