The Casual Awards: The Georgetown Hoyas Are American Heroes

Share All sharing options for: The Casual Awards: The Georgetown Hoyas Are American Heroes

It felt good to wake up this morning.  Took a nice long walk outside, filled my lungs with fresh air and then bathed myself in a large bathtub filled with WIN.  Welcome back to The Casual Awards, where we at THE GLOBAL PHENOMENON dish out hardware after each game to those most deserving.  Away we go... 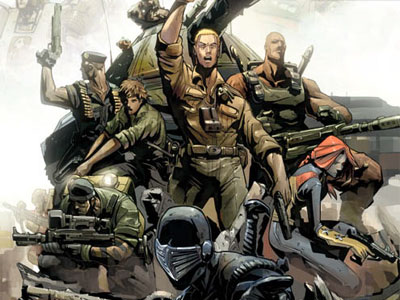 We're Back and We're Winners. via www.toplessrobot.com

Chris Wright Heart of a Champion Award:
Chris Wright.  This is clearly Wright's team and as a result I suspect hundreds of Hoyas fans will suffer from multiple heart attacks over the course of the next 5 months.  But heart attacks are casual so long as CW keeps making clutch 3s.

Chicken Little Award:
Yeah, we won. But we were outrebounded by 12, went 6-13 from free throw line (including an 0-4 first half), and everyone but the starting guards combined for a 4-20 shooting performance. We also missed 8 layups. Not to worry though, it was all due to first game jitters.  Right?

Casual Awards after The Jump:

The One to Have When You Probably Shouldn't Have One at All Award:
Soju. Nothing like a milky glass of Korean rice wine to calm your nerves when the Sportstalk 980 feed goes out on your laptop while you are sitting in a hotel ON THE OTHER SIDE OF THE WORLD. 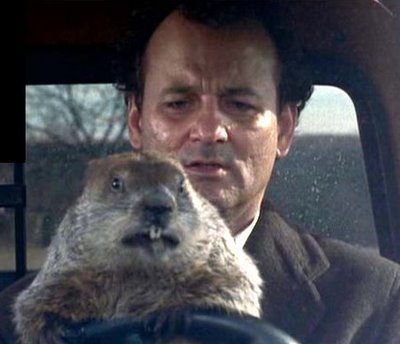 Georgetown zone offense. I gaping hole last year that does not appear to have been fixed. Most of the offense consists of the three perimeter players playing catch. Vaughn certainly did not look ready to hit the short corner jumper. Relying on the backcourt to catch fire from three is unlikely to be a successful strategy for attacking the zone.

Something's Rotten in the State of Georgetown:
Hate to be the bearer of bad news but Vee Sanford did not see the court tonight. He was the only non-freshman scholarship player to ride the pine all game. After an impressive Kenner campaign, why isn't be being groomed for a shot at the point next year?  And yes, this is a Shakespeare reference to Hamlet.  We are so smart and witty.

Backstreet Boys Larger than Life Award:
Very easily could have come up with a better name for the following award but I had an odd urge to hear the song. And oh, the video is awesome. Thanks to the masses that braved the tolerable 50 degree weather to walk meters through clear skies from the nearest metro stop to watch the game at Iron Horse. The game began with people praying for the bar to play sound and ended with all four upstairs TVs tuned to CSN+ (first time in the history of the channel) and the bartenders demanding a repeat showing. Stay tuned for more details on the next road game watch.

"No One On the Corner Got Swagga Like Us" Award -
Yeah... definitely googled the lyrics to this song because I could give a damn about hip-hop not sung by Kurtis Blow. New casual swag was unveiled at Iron Horse. Mass distribution to follow on Monday.  That's right, kids.  NEW CASUAL SWAG. 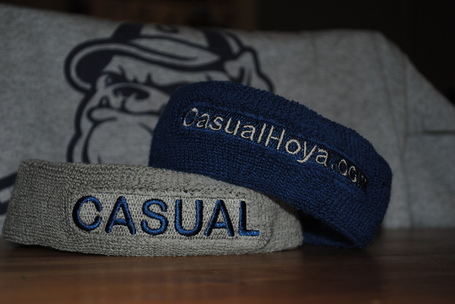 Spiderman's New Costume Award:
Regularman. When Spiderman elected to move from the family friendly blue and red costume to the black and white one, it ushered in an era of edginess and anger that fans had not seen before. It's too early to know how Henry Sims' transition from #30 to #14 will play out but getting up 3 shots is at least a step in the right direction (though I'd like to see a few boards and fouls on that stat line too). I'll let the fanboys chime in as to how Spidey's black costume worked out for him.

Thank You, Captain Obvious Award:
The frontcourt. We all know that this is a different team and one without an obvious front court scoring option. Clearly, the loss of Greg Monroe hurt last night with the frontcourt combining for 6 points (8 if we include Hollis Thompson) and the Hoyas were outrebounded by 8.  Anytime a Big East school gets beaten on the glass by a CAA squad with no one over 6'9" it is a problem.  We won't see an imposing frontline on another team for a few games so now would be a great time to practice those boxing out drills.

Insanity: Doing the Same Thing Over and Over Again and Expecting Different Results Award:
See everyone at the Irish Channel for a casual pregame before the Tulane game. This year will be different, I promise.

I Guess I Understand Why UNC Fans Loved Tyler Hansbrough Award:
Nate Lubick. Big, solid, intense, passionate and full of hustle.  I think we're going to like this kid.

Hey Now! Award for Biggest Surprise of the Night:
Georgetown instituted a full course press at the end of the half. Guess that is what happens when you have a bench with fresh legs.

Panasonic Commenter of the Game Award:
That's right.  Panasonic.  We are no longer under Samsung's evil rule.  HoyaNinja is this game's winner for providing amazing pictures that captured the essence of being a Georgetown fan.

Who's Your Daddy Award:
JT3. This is a whole new era in Georgetown basketball in many ways, and we all remember the days of opening the season with tough opponents like St. Leo's. The ODU win was a major test against a very good team on the road. Make no mistake about it - this one will look good in March.