Sleeping With The Enemy: The Monarchs of Old Dominion

Share All sharing options for: Sleeping With The Enemy: The Monarchs of Old Dominion

As you all know by now Georgetown opens its season at Old Dominion tomorrow night and we here at THE GLOBAL PHENOMENON are once again bringing the noise with all you need to know about the Monarchs in our award winning Sleeping With The Enemy feature.  Special thanks to Michael Litos of CAAHoops.com for providing riveting answers to our hard-hitting questions.  Mr. Litos, this Jack and Ginger is for you. 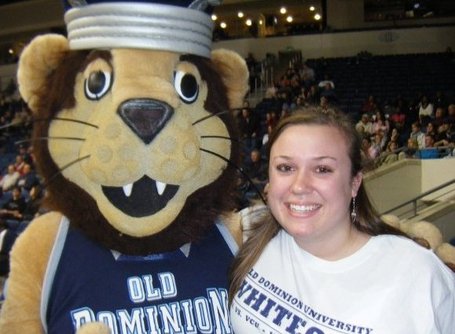 CH:  Why do you think ODU has had so much success against Georgetown in the recent past?

Really, you have the question backwards. ODU is 3-2 all-time against the Hoyas, including an 80-58 beatdown in 1977. (When you look at things on a more cosmic level, that is very recent.) Perhaps you elitist Big East snobs should consider how you managed the two wins, instead of the three losses.

More with the Monarchs after The Jump:

Establishing high level success as a "mid-major" school (e.g., Gonzaga, Xavier, or Butler) seems to require sending at least some players on to the pros. Do you agree with that assessment and does ODU have any pros in the pipeline?

Completely disagree. Granted a superstar is always nice, but for a mid major that's like relying on rolling a hard 8 in Vegas-you'll go broke. It takes guards, experience, and resilience. ODU has all three of those qualities. People say Kent Bazemore has pro potential, but I always assume they are talking about Europe.  Here's the other thing it takes: money.  What's the common theme of the three schools in your question? No football (or the Pioneer League BS variety). You have to build a program on the mid major level, not a good team. And that takes financial commitment, and that means basketball has to be your primary asset.  You want to see Georgetown basketball plummet? Start firing money into football.

Who are ODU's best scorers? Rebounders?

Rebounders is easy: all of them. ODU is one of the best gang rebounding teams in the country, especially on the offensive end. They don't particularly shoot it straight, so they go get the ball when it clangs. Some of their best passes deflect off the rim. But seriously, Frank Hassell is a beast on the blocks, Ben Finney one of the best rebounding guards you'll face, and Bazemore is a freak athlete that can get to balls most players cannot.
Scoring is interesting. ODU returns five players who averaged between seven and nine points. That's part of the problem in beating ODU-you can't point to one or two guys and say "we shut them down and we win."
Here's the other thing about them. I'd wager they shoot about 11% from three the first 15 minutes of each half. But in the last five minutes of each half they don't ever seem to miss. It's really weird.

ODU beating Georgetown at McDonough was certainly a shocker in 2007 and an upset in 2009. What is the biggest CAA upset over a BCS conference school?

Toughie. Obviously Mason beating that UConn team with seven NBA players stands out; but I'm an old fart and remember Richmond as a 15 seed taking down Syracuse in the NCAA tourney. That's big time on a big stage.

Who is ODU's biggest rival for CAA supremacy?

The ODU/VCU rivalry is one of the best in the country not a lot of people know about. Very similar schools, very similar histories through three conferences, both win. They are about 90 minutes down I-64 from each other. Great competitive games that are played at a high level. I've seen students lined up around the block five hours before tipoff. ESPN takes token notice, but I‘d put the rivalry's passion against any.  This year Mason is loaded and I really like James Madison. It's a four-team race.

Will Old Dominion be ranked at the end of this year?

No, but that's not ODUs fault. A couple CAA teams will get them, and crusty national foofs that vote in these polls and think it's still 1983 crack me up. I mean that, too. Some of these guys think that if Carnesecca can replace Chris Mullin, St. John's will challenge.  Polls are stupid and intelligent mid major fans don't worry about them. It's one of the 1,249 reasons why mid majors have it better.  We laugh at you major conference fans who argue about polls. It's hilarious. It's like you're arguing whether it's partly cloudy or partly sunny outside, and you completely miss the important point is that it isn't raining.

Can the CAA send more than one team to the NCAA Tournament?

Theoretically they can send 12 teams, but I doubt it will work out that way. (Casual Note: He's getting cute with us.)

Auburn apparently elected to pay Alabama's entire GDP to Cam Newton in an attempt to follow in USC's footsteps and win and return both the Heisman and the National Championship trophy. Given the unprecedented levels of cheating at the highest levels of major conference football, should ODU and Georgetown be content without FBS football or should they be shooting for the stars?

You either play football in the BCS, or start drawing architectural plans for a new basketball facility. It's that simple.

It's Saturday night in Norfolk, Virginia and you're ready to party. Where are you going and what are you doing? Tell us something we'd be surprised to know about the social scene at Old Dominion.

The first thing you'll do is gas up the car for the road trip. But since I'm past 40 years old and live in Richmond, I don't know much about the social scene in Norfolk. I did recently go see a Snatam Kaur concert at the Naro in Ghent. That was cool.  What you don't know is that half the people than plan to socialize in Norfolk never make it, because they are stuck in tunnel traffic.

What can the Hoyas expect from the crowd on Friday night at the Ted Constant Convocation Center?  Any clever student cheers?

I don't know that using "clever" and "ODU students" in the same sentence is worth considering. One of their loudest fans wears a sleeveless jeans jacket with a fur collar. We'll leave it at that.  It's a very good crowd-they get into it, and a sold out Ted is a fun experience. Coaches love to bring their teams there because the facility is so nice and the place is a legit college basketball atmosphere. They do sing Ice Cream and Cake at the under 8 or under 4 media timeout and that's fun. Well, I'm in the distinct minority of loving that.

ODU knocked off 2 Big East teams last season (Georgetown and Notre Dame) while advancing to the 2nd round of NCAAs.  Are you guys excited to join the all-new Basketball Big East when the football teams bolt to major conferences with BCS money and smoking hot cheerleaders?

I'll refer you to the previous question of ODUs success versus Georgetown. When you throw in Jim Calhoun whining for three late calls in last year's NIT-the only reason UConn beat Northeastern-I think the CAA would be happy to have you. The football's better, and you have a reasonable chance at improving the 10-8 conference record you posted last year.  By the way, is Ohio University still scoring baskets on you? (Casual Note: OK, that one stung a bit.)

Couple of ODU fans stated they appreciate the fact that Georgetown plays mid-majors on the road.  Georgetown certainly isn't doing this for charity.  What are the pros and cons of playing a mid-major on the road, especially to open the season?

Here's why ODU fans are appreciative: it takes some stones to do that, because it's a losing proposition for the Big East school. Most of you people haven't heard of ODU. So despite the fact that ODU gained an at large berth in 2007, and made it one round farther in last year's NCAA tournament than Georgetown, and carrying an RPI around 30, alums will howl if you lose this game.  A head coach's job security is the only con. (I'm old enough to remember Georgetown/St. Leo's games on Home Team Sports. Nobody wins in that case.)  The list of pros is endless: ODU is a good team that plays a style similar to Big East teams. Perfect preparation for your conference season, and if you win, it will likely be a top 50 RPI road win come March. I kinda think you like that.  But yes, mid majors wish more teams would do this so we are thankful.

Please rank the CAA schools in terms of chicks.

Well, we have the Delaware Blue Hens, the Snookie Factor at Hofstra, and UNCW, which is located at the beach. You decide.

What kind of cocktails are you going to celebrate with when you inevitably win?

I'll have the same thing I always have when a CAA team beats a team with similar talent.