Share All sharing options for: Craig Esherick Sighting... In Mauritania?!? 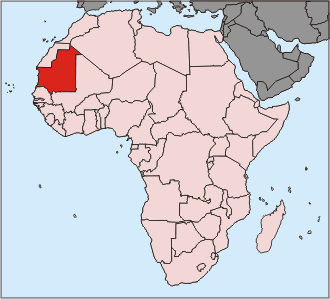 I kid you not folks.  Craig Esherick is teaching basketball to Mauritanian youths.  From Magharebia.com:

Mauritania is calling on American expertise to develop basketball. The dream of Mauritanians playing in the NBA could soon become reality with the help of American coach Craig Esherick.

Esherick, who is an Assistant Professor of Sports Management at George Mason University and former Georgetown University basketball coach, conducted a working visit to Mauritania aimed at increasing exchanges in the sports field. The visit, which lasted from September 25th to October 2nd, offered Mauritanians an opportunity to learn new techniques and showcase their talent.

(More on Esherick After the Jump)

To be honest, it is unfortunate that the name Esherick has become synonymous with a dark period in Hoya history; the guy did dedicate thirty years to Georgetown basketball and were it not for some ridiculous statements near the end of his coaching term, fans would probably not utter him name with such disdain (and I wouldn't have such a catchy handle).  Enough time has passed to move on from his failures at the helm and appreciate that his recruitment of Jeff Green and Roy Hibbert was a big factor in Georgetown's run to the Final Four in 2007.

That being said, WHAT THE HELL IS HE DOING IN MAURITANIA?!?!  And why the hell are the Mauritanians in need of his services?  If I was told to name 1 gazillion places where Craig Esherick spent a week in late September, I would not mention Mauritania 1 gazillion times.  Heck, there is no doubt most of your are Google-ing Mauritania right now (here is quick link for you, I did it earlier).

Mauritania?  I spelled the country name wrong at least four times while typing this damn post.  Are Mauritanian youths desperately in need of the closed-fist offense?  Someone please make sense of this for me.