Share All sharing options for: RIVALRY WEEK: Georgetown vs. Colgate

It is one thing to talk about our hatred of UConn or Syracuse, or even those sons of bitches at South Florida, but let me tell you, there is probably nothing that gets our blood boiling more here at THE GLOBAL PHENOMENON than when we play our most hated rivals at Colgate.

The semi-unstoppable Peach-Bowl-bound Georgetown University Football team will enter into an epic battle with the Colgate, uh, (checking Wikipedia...), aha, RAIDERS today at 1pm.  This will surely be a tough road-game test at Colgate's stadium in, I think Pennsylvania or maybe New York, but certainly somewhere in the northeast. 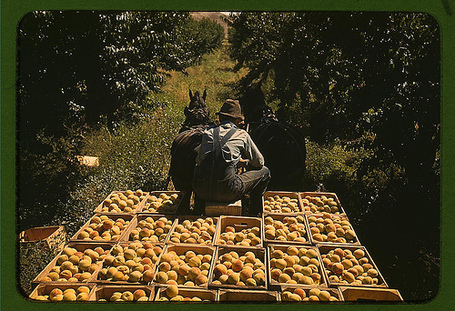 We are under very strict rules for the use of images from the Internet so this guy hauling peaches is literally the only thing I could find to illustrate Georgetown's run to victory in the Peach Bowl.  It is somewhat ridiculous.  THANKS ALOT SBNATION LAWYERS!

A little bit of history to the rivalry:

Heinrich Colgate, the toothpaste magnate, used part of his toothpaste fortune (the minty part) to endow a university in New York (or possibly Pennsylvania) in 1872, to spread the knowledge of toothcare and the liberal arts.  Originally called The Heinrich Colgate Women's College of Mouths and Teeth, the name was shortened during World War I and following World War II, men were admitted. 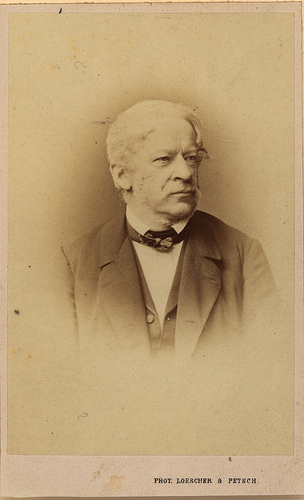 The hatred between the two schools stretches all the way back to the mid-19th Century when Heinrich, first building his toothpaste empire, lost a lucrative contract to be the exclusive toothpaste retailer in "The District of Columbia, Georgetowne and environs" to arch-nemesis Johnathan Murphy Crest.  Heinrich blamed his loss on The Jesuits, and until the 1960s, Catholics were barred from Colgate's campus.

Even though THE GLOBAL PHENOMENON is run by Jews, Hindus, Atheists and drunks, we've never forgotten that intolerance toward a fine group of people we met at Georgetown (likely walking to mass when were were walking back to our dorms from Rhino), and so each year we look forward to exact our revenge on the gridiron for Heinrichs Colgate's rampant anti-Catholicism.  Though last year, not so much, thanks to a humiliating 31-14 defeat.

But this year?  YOU ARE GOING DOWN COLGATE!

Live audio feed at www.guhoyas.com.  I am sure aja32 or HireEsherick will put score updates in the comments because they literally have nothing better to do.