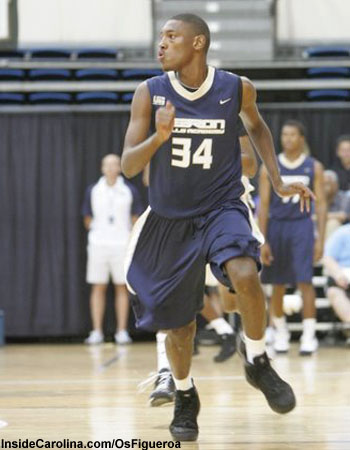 After reportedly cutting his list to three schools (Georgetown, Duke and UConn) over two months ago, a new interview with four-star recruit Roscoe Smith has surfaced where he states that more schools are in the running for his services next season.  The interview is from the Les Schwab Invitational, a basketball tournament that took place between December 26-30 in the farmlands of Oregon.

As reported by Adam Zagoria, the first to break the news:

The 6-foot-8 Smith previously said he is considering Duke, Georgetown and UConn but in this interview he mentions seven schools.
"I still have a solid top seven schools. UCLA, UConn, Georgetown, Duke, Florida, Kansas and Texas," he said. "Right now I'm still waiting."

Bad news for the Hoyas, who could certainly use Roscoe Smith next season, one of the top SF in the Class of 2010.  With Monroe almost certainly going pro, the Hoyas need another scorer on the team to complement Wright and Freeman; not sure Henry Sims is quite ready to pickup the slack.  While Nate Lubick and Markel Starks will certainly help, it never hurts to have more scoring options, especially since another scholarship has opened up with the departure of The Nikita Mescheriakov.

Here's hoping that the interview is old or that Roscoe was just joshin' around.