The Casual Awards: DePaul and Georgetown Put On A Show in Chicago

Share All sharing options for: The Casual Awards: DePaul and Georgetown Put On A Show in Chicago

Hopefully we all have woken up from the doozy of a game yesterday afternoon.  Not sure if it was the dull lighting inside AllState Arena, the horrifically vapid and spiritless commentating, or the slow and plodding style of play, but that game was certainly one of the least crowd pleasing affairs I have seen in awhile.  In honor of the game, here are some equally lame awards. 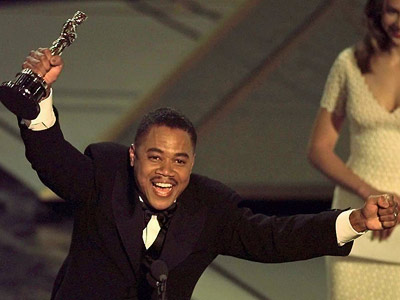 Didn't win this for 'Gay Cruise'.   via img2.timeinc.net

West Virginia Improper Use of the Internet Award:
After Patrick Ewing Jr.'s incredible block to save the game in Morgantown a couple years back (watch the awesome clip by the way), the West Virginia delinquents took to their newly discovered Internets to express their dismay.  In a shocking display of disrespect to Wikipedia, they had the audacity to change the definition of "goaltending" to the following.

Similarly, before the Georgetown game, one disgruntled DePaul fan changed the Jerry Wainwright page to the following.  You seriously could not find another way of displaying your disgust with Wainwright than to edit his wiki page?  Now some poor kid who was eagerly finishing up his report on Jerry Wainwright over the Holidays is gonna get an F because he saw and transcribed what you wrote.  And then he will fail the second grade, be so upset and discouraged that he'll drop out of school, only to return years later after being threatened with jail time, sell drugs in high school to pay for his two out-of-wedlock kids and then end up at UConn.  You really want that on your hands?

John Candy's Great Outdoors Award For Best Postgame Meal: Austin Freeman. Sure looked like the ‘Ole 96er' an I have to assume Austin ate the gristle.

Craig Esherick Award:
Jerry Wainwright. Simply disastrous - there wasn't a single moment where his team appeared cohesive and willing to work for a better shot. An Esherickian performance on all levels.

Ken Griffey Jr. Award for Sweetest Stroke:
Chris Wright. The rotation and arc on his three ball has become a thing of beauty, eerily reminiscent of Griffey's looping stroke every kid tried to unsuccessfully emulate in the mid '90s.

Crappy Afternoon Matinee Award:
Allstate Arena. We've all been to the 3:00 pm showing of some garbage action movie with a total of six people in the theater. That was the Allstate Arena yesterday. We could have sworn there were no more than 100 people in the entire place.

Montell Jordan "This is How We Do It" Award:
Chris Wright and Austin Freeman. The two juniors put on a clinic for efficient guard play, combining for 35 points on 14-22 shooting and looking smooth enough that even Montell would approve.

DaJuan Summers Memorial Post-Office Award:
Terry Cummings and Mark Aguirre. This was legends night (afternoon?) at DePaul and the two most storied players didn't even show up to watch the Blue Demons' pathetic performance.  Way to mail it in gents.

Boyz N The Hood:
Gilbert Arenas. Bringing not one but three guns into the Verizon Center and then pointing at least one of them at a teammate over a gambling debt that won't be made good on? And on top of that, Gilbert is tweeting like a mad man.