Share All sharing options for: Are the Duke Blue Devils Really Squeaky Clean? 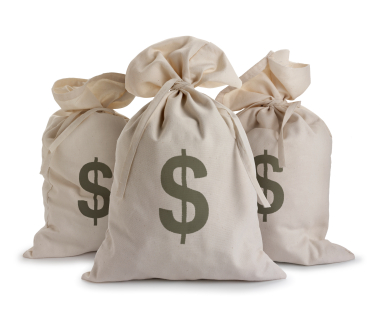 As everyone knows, Duke won back-to-back championships in the early 90s on the backs of outstanding college players (though shaky pros) like Laettner, Hill, and Hurley. Yet shortly after that run, Duke's program hit the skids before making a huge comeback by recruiting better players. Taking a four year window on the players that came in following the glory days, shows that nearly every player was a McDonald's All American and universally highly regarded coming out of high school (and yes, Duke apologists, this leaves out guys like Lee Melchioni, who was an invited walk-on):

So the years from 1994-96 saw Duke with guys who were praised out of high school but clearly weren't all that great before the team absolutely blows up in 1997 and reels in a huge class. What was the difference?

I played ball at a small D1 school in Georgia and my coach was a former SEC assistant at a huge state school - in a nut shell, his program could - and did - admit ANYONE. As he told the story, they were in early on William Avery but once they got a look at his transcript, pulled out immediately, realizing that there was no chance they'd get him into school. In short order, Avery commits to Duke and - rumor has it - was seen shortly thereafter seen driving a new Benz around Augusta.

My coach marked that recruit as the watershed moment when the coaching establishment believed that Duke stopped being a clean program and turned the corner to cheating.  Again, we have to rely on anecdotal evidence but taking a look at other things that happened over that time frame raises questions, starting with the assistant coaches. First was Quin Snyder (who rumor has it cut a nice path through the Duke coeds) and left Duke to take the head job at Mizzou in 1999. Following Quin's surprising run to the Elite 8, the house of cards came crashing down as one of his stars, Ricky Clemons, was involved in some bad things. Couple that with Tommy Amaker, who left to take the Seton Hall job in 1997. He's bounced from there to Michigan to Harvard and his teams have included locker room boxers while raising the NCAA's eyebrows. 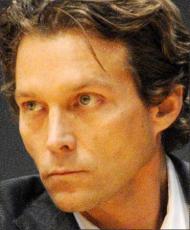 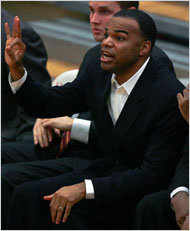 Another story that was inexplicably let slide is the unusual practice of top ranked players having their FAMILIES move to the Durham area. The shining example of this is Chris Duhon, whose mother landed a nice job with a Duke booster (sadly, the original Times-Pic article isn't available online). Of course, all is forgiven as he helped lead Duke to its last title.

So what's happened now? Has the pendelum swung too far in the other direction and Duke is now good - but not great - as it focuses on Titanic videos and first round flameouts? I don't know the answer but I've been around the game long enough to know that when there's smoke, there's usually fire and the NCAA's paragon of virtue is probably not the shining example a lot of people would love it to be.