The Casual Awards: Is it Monday Yet?

Share All sharing options for: The Casual Awards: Is it Monday Yet?

While the game was over in less than five minutes, we here at Casual Hoya still will trot out a full game's worth of awards, all for you, faceless reader.  Just get us to Monday please. 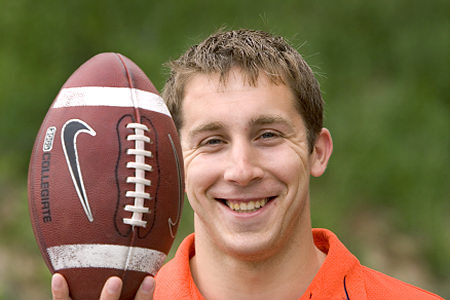 Fan Friendly Award:
The one and only Verizon center for not only cutting off beer service 5 minutes into the second half again, I sadly check every time to see if it changes, but also failing to fix the scoreboard.  The stats on the jumbotron were blank for the whole game and for a good 15 minutes of the first half, the scoreboards on the far sides of the arena were showing the incorrect score.  But to give credit where credit is due, the powers that be refrained from showing lordnick's ugly mug during the dance off, despite his awful attention-whorish attempts to make a fool of himself, again.

Meg Ryan Courage Under Fire Award:
Legendary Casual Hoya blogger itsallthatmatters for throwing caution to the wind and taking life into his own hands by dropping a deuce in a Verizon toilet during halftime.

Most Entertaining Game-Thread Post Award:
Newcomer God's Gift wins his 1st Award with the below post, after fellow newcomer Kim Frank's Sweater pointed out that Nikita is still getting playing time according to ESPN, and Nikita was doing what Nikita does best - turning the ball over.

Quit Mesheria-coughing up the ball

Man of the House Award:
Jack the Bulldog for serving notice to everyone in attendance that he still runs the Verizon Center by plopping his droppings next to the court. 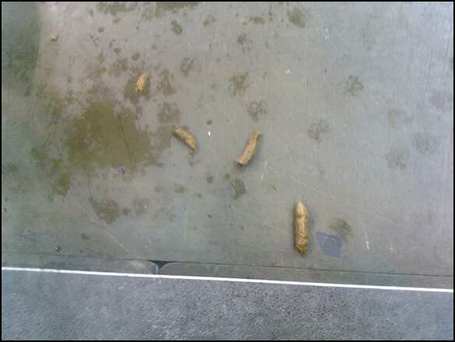 Craig Esherick Memorial Award for Bonehead Coaching Move:
Tough to get on JT3 when the Hoyas won by nearly 30 points, but I was very surprised the starters were in the game when Georgetown was up 25 with 9 minutes left.  I was even more surprised when the starters were still in when the Hoyas were up 30 with 5 minutes left, and nearly threw my bottle of Abita Pecan Harvest at the tv when they were still in with 3 minutes left.  Thankfully nothing bad happened yesterday, but can you imagine if one of those guys tweaked an ankle and had to miss the Cuse game?

Clark Kent Award:
Henry Sims!  Sims came on to the court at the phone booth with 9 minutes to go and looked lost and awkward on the first couple of possessions, but then emerged as a superhero after getting comfortable, converting on a couple of looks from Monroe after making some nice cuts to the hoop.  We had been preaching for Sims to play a lot yesterday, and hopefully that 9 minutes will give him a much-needed confidence boost going forward.

Ron Jaworski Award for Being Dragged Down by a Moron:
Ron Jaworski was one of the best NFL analysts on TV for many years.  His ESPN show consistently taught people about the game and he watched as much film as a coach.  Then he got in the MNF booth with Jon Gruden and now they are on the same intelligence level.  This award goes to John Thompson III for consistently talking to Ryan Dougherty during the game.  Ryan Dougherty is walk-on scum and JT3 will only get dumber talking to him.

Peyton Manning Award for Virtuoso Performance:
Greg Monroe.  21 points on 10-12 shooting, 14 rebounds and 6 assists.  Just awesome.  We love that he got Henry Sims involved and got him some easy buckets to help his confidence too.

Jason McElwain Fan Favorite Award:
Just like Jason McElwain captured the hearts of America by draining those threes in 2006, Henry Sims has become a team and crowd favorite.  It was nice to hear the crowd's reaction when he checked into the game and we loved Austin Freeman's excitement when Henry got those two dunks.  The kid is working hard to improve, has a good attitude, a funny Twitter account, and we are fully supportive of The Henry Sims Experiment.

Desean Jackson Holy Crap He's Fast Award:
Vee Sanford.  He just completely outran the Rutgers press in the second half.  He had a few casual floaters that were pretty sweet looking too.  Now he just has to bring back the flat top and we'll be completely happy.

Kurt Warner One Man's Trash is Another Man's Treasure Award:
John Thompson III for finding Jerrelle Benimon.  Who would have thought that the unheralded May signing would end up being the 6th man on a top 10 team in the country?  It's almost more unbelievable than Jonathan Wallace because Georgetown is such a better program now than when Wallace was recruited.