Share All sharing options for: The Casual Awards: Holy Pitt! Hoyas Tame Panthers at the Zoo 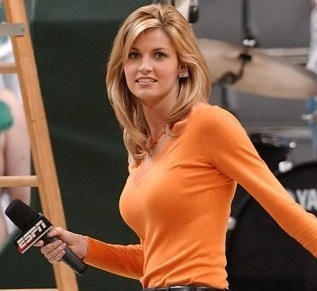 Not even Erin Andrews can justify ESPN's questionable programming...though we'd like her to try.

ESPN. So let me get this right, you showed an unranked Wake Forest beating a vastly over-rated #23 UNC by 13 points on your main channel and an unranked Cincinnati beating an unranked South Florida by 8 on your secondary channel, while showing #12 Georgetown beat a #9 Pittsburgh, who by the way, had a 31-game home winning streak, on the channel no one gets? Great job IDIOTS.

why is everyone so cynical?

what happened to the delusional part?

Casual Hint: Any reference to the tagline for the blog always wins.

The Martha Coakley Award for Blowing Something That Should be Very Easy:
The Georgetown Hoyas for seeming to miss a layup on every other possession. Yes, the theatrics from Three are exciting, but wouldn't be nearly as necessary if Monroe and Vaughn would not miss shots from DIRECTLY NEXT TO THE BASKET. Wright took 10 layups and made 7 of them, including 6 in the second half. The rest of the Georgetown team attempted 17 layups/tip-ins and made only 8, shooting less than 50% from underneath the rim.

So many Awards after 'The Jump':

Michael Jordan Award for Best Basketball Player on the PLANET:
Chris Wright. 27 points on 11-17 from the field, including 3-3 from 3 point range. If he plays like that every game, we will win the Big East, beat the Soviet Union in ice hockey and then fly to Mars with Richard Branson. 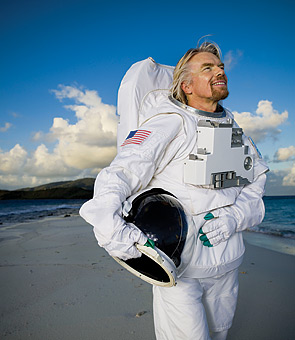 Come with me, Georgetown!

Guacamole Award:
HireEsherick still thinks it is overrated but has changed his definition of this award to appease the masses. This award is now for something that tries hard to be good, but still sucks. This award goes out to referee John Cahill. Last year Georgetown was 1-3 in games in which Cahill was the ref, and he was responsible for calling the disastrous technical on a quiet Greg Monroe in Durham. This year, Georgetown is 4-0 when the white-haired demon is reffing. Could this be an unprecedented make-up season?

Most Obvious Question For Someone Who Didn't Watch The Game And Instead Read The Box Score Award:
Why the hell are Monroe and Vaughn shooting any 3s? Sure, each is shooting 25% on the year (well surpassing shooting star, Nikita, who was stuck at 20%) but Vaughn shoots 55% overall and Monroe's at about 47% - wouldn't they always be better off close to the basket?

Steve Kerr Award for Ridiculous Outside Shooting:
The Georgetown guards. Wright, Freeman, and Clark combined to shoot 7-7 from beyond the arc. Freeman hit a bank shot, Wright drilled two 25+ footers, and Clark nailed a 25 footer as well. If it weren't for Hollis Thompson, Greg Monroe, and Julian Vaughn jacking up threes, Georgetown would have shot 100% from 3. That is sweet.

Coach K Award for Biggest Whiner:
Jamie Dixon. I have a lot of respect for Dixon, considering his personal struggles, his ability to coach his players to maximum potential, etc. But seriously man, shut your mouth for a couple minutes so I can watch the game in peace. It was shocking that he never received a technical last night.

Nikita Mescheriakov Memorial Stay Hot Award:
Remember that time Hollis Thompson graduated high school early so he could practice with the team and provide meaningful minutes off the bench this year? Yeah... well... after last night's disaster, which included a brick of the utmost proportion, Hollis is now shooting 5 for 19 from the field during Big East play, and 1 for 9 from beyond the arc. Unfortunately at this point it is definitely a mental thing for Hollis, hopefully he will be able to break out of is during the Rutgers game, but if not, please DO NOT shoot against Syracuse or Duke. Your 0-7 against Nova still haunts me.

"2nd Generation Hoyas Lead Georgetown Back to Glory" Award for Most Tired Storyline:
We all remember that every single AP story in 2006-2007 began with "A Thompson on the sideline, a Ewing on the court, Georgetown back in the spotlight..." Well this year's version is comparing this team to last year's. We understand that it is easy and lazy, but if you actually watch this year's team you will recognize there is very little similar to last year's team. For one, this team has actual leadership as its captains aren't fat, disinterested and throwing punches. Second, there is no one allergic to rebounding. Third, this team has heart. Fourth, this team trusts the Georgetown system. Fifth, its star isn't blatantly gunning for the NBA. Should I continue?

Award for Seriously Having Nothing Better to Do on a Wednesday Night:
All the idiots who contributed to the record 328 comments on the Pitt game thread. This is how you watch the game? Sitting in front of a computer? Alone at a bar with your Blackberry? Pathetic.

Hoya Talk Award for Dumbest Message Board Thread:
Hoya Talk. The Stephen Stepka thread, in which distinguished members wonder if there is a place for him in the rotation this year. Seriously? After the biggest win in 2 years, that was on your mind?

Yakov Smirnoff Award for "In Soviet Russia, Television Watches You"
The game being put on ESPNU which is apparently only available at ESPN SportsZone and at American Armed Forces Bases overseas. And on DirecTV channel 3,475. And at my house. But I was at work. I really enjoyed the delayed Chovotkin internet radio feed and ESPN gamecast to see how many layups we missed.

Cher Award for Believing in Life After Love:
After getting our hearts broken last year, we just might be able to let go of last season's misery and believe in the new Hoyas. But we will still be cynical as hell. Always remember, if you expect the worst, you'll never be disappointed - words of wisdom from Esherick himself (yet to be verified).

The Will Ferrell Award:
The longest active winning streak at The Peterson Events Center is now one game. By the Georgetown Hoyas. Eat it, Panthers.