Sleeping With The Enemy: Welcome to Villanova

Share All sharing options for: Sleeping With The Enemy: Welcome to Villanova

Well, well, well.  The suddenly impressive Georgetown Hoyas are 13-2 and 4-1 in the Big East heading into Sunday's monster Showcase Showdown against the hated Wildcats of Villanova.  Actually, I'm not sure if I hate Nova more than I despise Drew Carey as the host of The Price is Right, but that's for another day.  As usual, we here at the GLOBAL PHENOMENON are bringing you inside the ropes, outside the lines, and anywhere else you want to be ahead of our battle with Jay Wright and the Dandies.  Special thanks to Chris Lane at I Bleed Blue and White for providing the answers to our penetrating questions.  Be sure to check out this link to find our answers to theirs.  Chris Lane, this Miller Lite is for you.  Here we go. 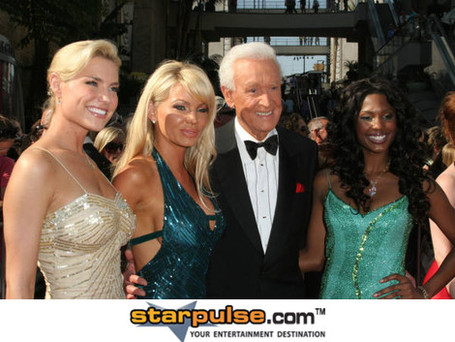 Bob Barker is so much more casual than Drew Carey.

CH: What can Georgetown expect out of this year's Villanova team? Aside from Scottie Reynolds, who are the best scorers? Rebounders?

As usual, expect a lot of guards being thrown at you. Reynolds and the Corey's are joined this year by super-frosh Maalik Wayns, who has been dynamite so far this year. A lot of people are comparing him to Kyle Lowry with a jumper. He's fearless and while he has his freshman moments, he's been terrific and is playing like an upperclassmen.

Reggie Redding is a great defender and has developed an offensive game over his 4 years. He tries to get into the paint a lot and either finish to dish from there. Antonio Pena is really the only proven commodity down low, but we're really just getting into the Mouph Yarou era, and while raw, he's show some flashes of the player everyone anticipated.  (Casual Note: Mouph Yarou? Is that some sort of new curse word? I ask because I just found out by watching Jersey Shore that "creepin'" is now what is used for "going out and trying to hook up with chicks.)

Overall though, you're going to get your typical 'Nova team. We play fast and tough and use that never say die attitude that you saw against Louisville on Monday night.

More with Nova after 'The Jump':

We at Georgetown know a lot about making the Final Four.  Unfortunately, so do you. Take us on a trip down memory lane and give us some color as to what it was like for you and the rest of Nova Nation during last season's run.

It was my senior year, and something I'll never forget. The opening rounds in Philadelphia were funny. The narrow win against American made me think "we're gonna get ass-blasted by UCLA."  Then we strapped up our boots, oiled up some asses and did a little blasting of our own....not gay sex.

Boston was the highlight of the trip. Great city, great fans, and a great weekend. The beatdown of Duke was phenomenal (Casual Note: agreed).  I can still taste Greg Paulus' tears.  But the Pitt game, as you would guess, was the best sporting event I've ever attended. Everything was perfect. The rivalry has been great with them, and of course the finish. And don't even get me started on the after-party at the team hotel. Let's just say I probably won't be taking shots with Rollie Massimino anytime soon.

Detroit was great. Roadtrip was fun. The pregame parties were fun. The game sucked for 2 reasons. We lost, and basketball should never be played in a football stadium. As a fellow 'Cuse hater, I know you feel the same way. (Casual Note: yes.)

Assuming you were the same size, is your best suit one that Jay Wright would even consider wearing? How much of Wright's salary in his recent extension goes to fine clothing and hair gel?

Hey! I'm gonna like the way I look. Some gray-haired man on TV guaranteed it! I believe Jay is a Hugo Boss guy these days. Needless to say, not something I can exactly afford with my just-out-of-school entry-level job. I guess on the bright side, I have something to strive for, just not sure I can ever get to his level of awesomeness.

Plus, in the battle of suits on Monday between Jay and The Colonel, I think I saw tears running down Pitino's face when he first saw Jay. True story. 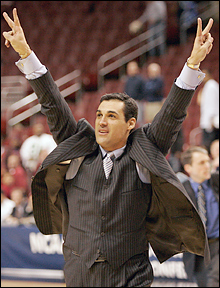 One more on Jay Wright...what year does he become the 76ers head coach?

I'm sorry I didn't hear you, speak up next time.

Nova is currently the 4th ranked team in the country? Are you that good?

Probably not at this time. We've shown flashes of it (the 2nd half against L'Ville comes to mind) but we still have 6 new pieces getting involved. The freshman/Taylor King are learning that the BIG EAST isn't like high school/ACC ball, and the Corey's and Antonio Pena are still trying to become the leaders we need them to be.

I think by the time March rolls around, as usual we'll hit our stride and we'll definitely be good enough to make it back to the Final Four, assuming there are no travesties involving Scottie Reynolds.

Are you upset that you didn't get into Georgetown?

Still harping on this, huh? I'll say it again, I didn't even bother applying to that slum. I will give you a good story about a kid in my town though. Apparently he did not get in Early Decision/Action or whatever you have to G'Town, and has since decided he's not going to college. Hey, jackass -- there's still the regular enrollment. Step off the ledge and put off that Mobil application you've begun to fill out.

I am upset that you assholes have beat us 5 straight times though. (Casual Note: please see that Nova has now resorted to calling us names.)

I have been to The Pavillion to see the Hoyas lose to Villanova in 2006...you may remember it as the year when Nova earned a #1 seed in the Dance but failed to reach the Final Four. After that game, we searched the campus to see if anyone was partying, but as expected, found nothing. If it's Saturday night at Villanova, where are the cool kids going?

We don't have a strong Greek Life. We've got the Frats and Sororities, but they aren't allowed to have houses, so that whole lifestyle deals with a lot of cocaine and 'Jersey Shore' action these days I'm assuming. I was always a Maloney's guy (pub on Lancaster Ave.) but the hot place has always been and will continue to be Kelly's. Make sure you let me know when you're around next time and I'll buy you a beer. (Casual Note: There is no chance of this happening.)

Until then, stay with the assumption that we're all playing Dungeons & Dragons in our dorms. 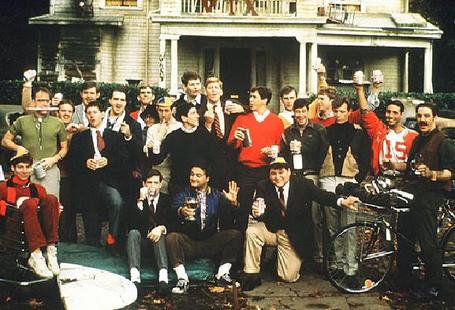 Pat's or Geno's, and defend your answer.

Biggest misconception of all-time. They both suck. Cold rolls, shitty meat, long lines. Hit up Jim's bro. You'll get hard in the pants. 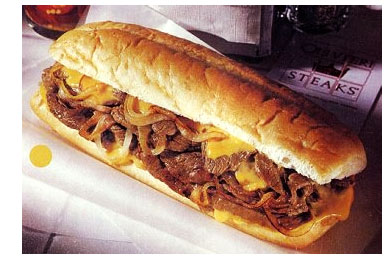 Did our game break into the 40's last year? I really don't remember. We're about to enter into a zone we haven't seen yet. We're used to scoring in the 80's, but you guys always seem to slow it down. I'll go with Villanova 68-60. We finally get the W we so rightfully deserve.

Thanks, man. Keep it Casual bro.