Share All sharing options for: Casual Awards: Hoyas Steal Back the Pirates' Booty

After a big win at the Phone Booth against the team that dashed our hopes and dreams last year, it is time to hand out the hardware to the most deserving. 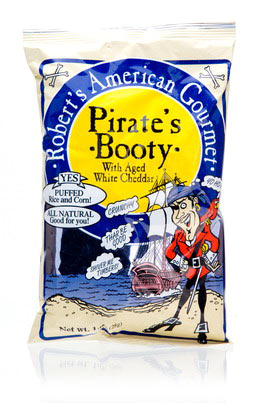 Blue Oyster Award For Bar Drawing a Surprising Crowd:
The Irish Channel on the first floor of the Red Roof Inn two blocks from Verizon. Instead of being able to repair there for post-post-game drinks and casual conversation, the place was packed to the rafters with Georgetown upperclassmen thanks to rollicking live music and (ALLEGEDLY) a very casual ID policy. Could stomach only one Stella before the drunk senior girls dancing became too distracting while the Providence/DePaul game was on.

The E! Network Best Game-Thread Post Award:Those who cannot remember the past are condemned to repeat it.  MerlinWilson'sSister knows this all to well and displayed an accurate memory for the minute details of last year's abomination of a season in the below post:

As painful as it is to recall (because of what happened over the remainder of the season after last year's innagural Nikita Day)....today is the one year anniversary of the Hoyas ‘smack down' over Syracuse... a most satisfying win....and even Mescheriakov hit successive 3 point shots (almost causing a need for Depends from my seat in Sec. 201)...... little did I know as I hoisted a few at Clyde's that night......the awfulness that was to follow.....

THE CLOCK struck midnight.... the next day, a flock of geese knocked out both engines on Sully's US Air plane causing it to land in the Hudson.... the next weekend was Duke... where Sapp and Wright decided to stage a preview of the Pacquiao-Cotto bout....... missed free throws at the end of regulation against Cincinnati.... and on and on......and the season went in the cr*pper from there.... :-(

Delinquent Syracuse Fans Award:Seton Hall fans throwing beers from the 400s. Couple landed in section 118, soaking a few coats and possibly injuring an older gentlemen. Unfortunately, there is no one to blame here other than the delinquents themselves - Verizon security handled the situation very well and responded immediately to the incident. Maybe we can blame the beer manufacturers for making their beverages too aerodynamic? Class action lawsuit - we'll make trillions. Any Georgetown lawyers want to weigh in?

The Is Our Team on Cocaine Award:The Georgetown Hoyas for shooting 68 percent from the field last night and 62 percent from beyond the arc. Those numbers are ridiculous.

MC Hammer Award for Best on Camera Moves:LordNick. The arm wave is reminiscent of the St. Joe's hawk and though it hasn't paid off and led to a big win, we're all confident that one day soon, that honor will be yours.  Check out the casual video of LordNick as a child below.

Pauly D Award for Best Performance on the Mic:
OldHoya for berating the refs loudly enough that the scorer's table mic caught his voice and broadcast it for the entire arena to hear.  Also note that two of the three refs were the same folks that called 66 fouls during the Nova-Louisville game.  John Cahill is enemy number two of Hoya Nation (John Feinstein will always be #1). 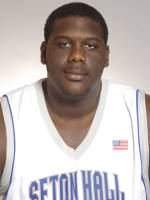 Oliver is 6'10 and listed at 340 pounds, and rocking the Seton Hall sweats the entire game, this dude took up 2 full seats on the bench. Listed as a freshman, if he stays away from Golden Corral, he could be a real problem in the Big East.

Bruce Springsteen ‘Growing Up' Award:
Henry Sims. We at CasualHoya remain firmly against anything that Nikita did and were pleased to see him make a nonsensical transfer to a school where he will NEVER play. We have no such hatred for Sims and were pleased with his performance last night. A few nice boards, a blocked shot, and actually getting shots off (though the 3 was pretty suspect) will continue to earn him some tick.

Chris Paul Award for Point Guard Play:Chris Wright. 21 points, 7 assists, 4 steals and 1 turnover. We at Casual Hoya firmly believe this season hinges on Wright's ability to play smart basketball. Last night was a good indication of what happens when he does.

High Pitch Eric Award:
Bobby Gonzalez. Given in honor of the bizarre voice of Howard Stern's sidekick, Gonzo's squeals could be heard even in the cheap seats.

Stephon Marbury Award:
Jeremy Hazell - the no conscience gunner who was certainly more pleased to score in double digits than he was concerned about the loss. Completely absurd player who simply loves to chuck it at the rim. When he's on, look out but last night showed that he's wholly ineffective and a distraction when off.

SHOOT THE BALL Award:
Ryan Dougherty. On the bright side, he got a turnover and avoided the Trillion but there's a reason everyone in the gym cheers when you touch the ball - LET IT RIP during that last second and then head over to the Irish Channel for some of the finest that Gtown has to offer.

Sam Cassell Ugliest Man in the Building Award:
Whenever Sam Cassell is in a place, he will always be the ugliest person there. The same goes for Jeremy Hazell. He was absolutely horrifying in HD. Look for the world to end if Cassell and Hazell ever cross paths. 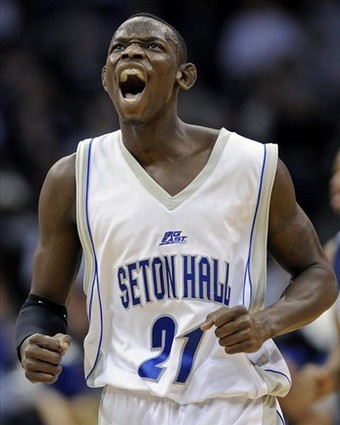 Skip Bayless Award for Dumb Reporter:
Liz Clarke. Seriously, she's the best the Washington Post could do? I literally have never learned a thing about this team from her reporting. Barker Davis is sorely missed, thank God for the players on Twitter. Her recaps could be written by a 5th grader. Quit the formulaic nonsense and actually teach us something, anything.

Big Weekend in Philly.  Win or lose, Georgetown will still see an influx of transfer applications from Nova students.