Sleeping With The Enemy Part 2: The Kids in the Hall

Share All sharing options for: Sleeping With The Enemy Part 2: The Kids in the Hall

Welcome back.  Hope you enjoyed your lunch.  In this installment of Sleeping With The Enemy, it's time for us to exact some revenge on our friends at Gonzo Ball, the most electrifying source of Seton Hall news on the internets, for answering our questions this morning.  Now, it's our turn. 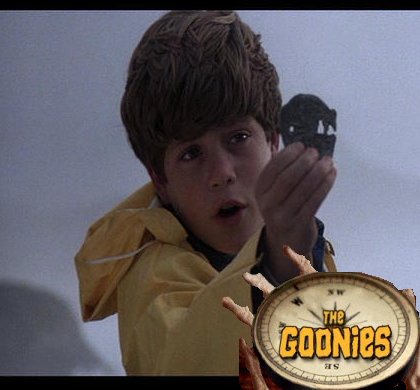 Down here it's our time.  It's our time, down here.
(click for greatest speech ever)

GB:  Through five seasons with Georgetown, "The Third" has brought them to the tournament three times, including a final four appearance. Considering his father was one of the biggest bosses in college basketball history from his coaching resume to his encounter with Rayful Edmond, how much of a leash does The Third receive? Obviously he's not in any trouble after one bad season and his team looks like a serious contender. However, playing devil's advocate, if the Hoyas were to slide this year and the next few, would he find himself on the hot seat or is he more or less, a Hoya lifer?

CH:  Georgetown has a hard time firing people, look how long it took them to get rid of Esherick, despite the numerous protests and petitions. I don't think Thompson the Third would ever be given the pink slip, he brings too much to the program and its fans. In fact, I think it is more likely that he leaves on is own before being told to leave (not that I think that happens anytime soon). The big issue, as I'm sure Seton Hall fans are aware, is facilities. It is impossible to run a top program without quality facilities and Georgetown has been promising Thompson the Third a new practice facility since he signed on in 2004, yet it keeps getting delayed. A proposal to build a five-story on-campus training facility was circulated in 2007 but no timetable has been set for fundraising or building. It is an especially sticky situation since Syracuse, Villanova, Connecticut, Louisville and West Virginia all have announced plans to build new facilities for athletics recently. Although some alums aren't happy with the system and the offense Thompson uses, he led Georgetown to a Final Four less than three years ago. I think that buys him a very long time with the Georgetown administration, especially considering it was our first appearance since 1985.

Is Casual Hoya really in an 'Internet Beef' with Austin Freeman over tweets? This is great stuff! How did it come about, I could go through your archives, but I'd rather have your take on it. He seems kinda pissed at you, calling you 'cool' and all. One time I told Paul Pierce that, "Turkoglu owned him" via twitter, he replied, "we'll see in the playoffs." Of course, after he lost to the Magic, he blocked me. I also asked Desean Jackson, "How's it feel to get dat azz stung," after the playoff loss to the cowboys, but he hasn't responded yet. Will Freeman reply if I engage him on the interwebs?

Why are you stalking athletes on twitter?  It's true, Casual Hoya's Jeff Green's Dad has engaged in an internet battle with Austin Freeman. It combines the sassiness of Nicole Richie and Paris Hilton's beef, the rap skills of the Tupac Shakur and Notorious BIG's beef, and the violence of Perez Hilton and Will.i.am's beef. Essentially, Austin has been polluting the Twitter world with nonsensical Tweets like "SMH", which incidentally means "Shaking My Head", for the past 8 months or so. We got enough questions about the tweets that we believe they warranted an interpretation. There were two editions of Interpret the Tweet, here and here. About a week later, we noticed Austin was angry about these interpretations, which was documented here. Since the beef erupted, he's averaged 27 ppg and carried us to a dramatic come from behind victory over UConn in which he scored 28 points in the second half, while all of UConn scored 29. We plan to continue to interpret his tweets as long as he continues to litter the world with his poorly worded drivel.

More with Seton Hall after The Jump:

I've been reading about Chris Wright's leadership on a roster that doesn't include any seniors.  Can you speak on his leadership outside of his statistics?

We at Casual Hoya have been championing the notion that Wright is not a point guard but is a pure scorer. So his leadership doesn't manifest itself by him rallying the troops and executing JT3's orders. Instead, his greatest contribution is his willingness to attack the basket and take a shot. Of course, this is also his biggest crutch as he rarely understands the difference between a good and bad shot. For instance, take his last 5 plays in the UConn win:

And note that steal was the ball bouncing into his hands and then
Wright sprinting off down the court and all but turning it over
himself—though he ends up somehow punting it to Freeman who dishes it
to Monroe.

At different times, Wright, Monroe, and Freeman lead the team but none of them are the focused and driven leaders that will have to develop for a deep run. Monroe is clearly the most talented but the least demonstrative, Freeman is the quietest but provides a great calming presence at both ends, and Wright has the greatest leadership potential base on his ability and fearlessness but often looks for his own over the good of the team.  As an aside, why are you reading about Chris Wright's leadership?  Do you not have Maxim or something better to read?

I'm sure all of the, "enemies" are asking the same question.  What happened with the Old Dominion game? That'd be like the Pirates losing to St. Peter's College. In looking at the box score, ODU only got to the stripe 5 times? While Georgetown shot 23 free throws? ODU still won?  Explain. Was this the prototypical, "playing down to the competition?" or were the Hoyas legitimately outplayed?

JT3 is employing a coaching strategy best explained by Jack Donaughy in "30 Rock." The philosophy of going forward by going backwards, or to put it another way, going up by going down: specifically Into The Crevasse after Ann Curry let go of Donaughy's ice-climbing rope. A ridiculous system, you say? Well, contemplate the last time Georgetown went Into The Crevasse and lost to Old Dominion on-campus at McDonough: FINAL FOUR. The same result is expected this year, particularly after we demonstrated the philosophy in a single-gameiteration by going 19 points Into The Crevasse against UConn before emerging victorious. Confused? You shouldn't be. It's Science. But perhaps it is science Seton Hall has yet to grasp. You guys beat St. Peter's by two. Enjoy ending your season after the Big East Tournament. The Crevasse will wait until next year. 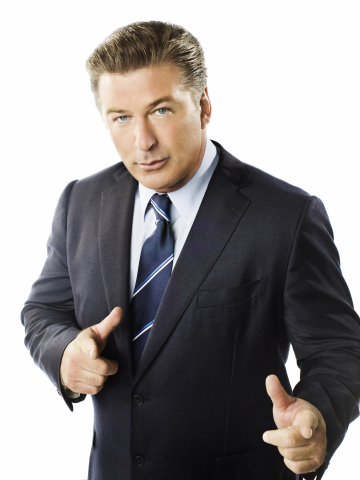 Jack is looking forward to playing ODU in McDonough next season.
danielstrauss.files.wordpress.com

Speaking of the twitterer, Austin Freeman led a torrid 19PT comeback against Uconn, dropping 28 of his 33 in the second half. He averaged less than 15PPG before the Connecticut game, is he a player capable of going off on a regular basis or was the performance more of a one shot deal? Should we expect a Hazell / Freeman shootout?

I think he demonstrated that he is certainly capable of going off, but by no means will this happen on a regular basis. Before his coming out party against UConn, Freeman did have 20 against Marquette, but I would expect that he puts up anywhere between 10 and 15 a game from here on in. That may be a low number for a gunner like Hazell, but for Freeman that would be more in line with what our offensive scheme opens up for him. If Freeman is on, he'll keep shooting, but if not, he has tendency to keep swinging the ball around the perimeter. I would be very surprised if he finishes with more points than Hazell in this one.

My senior year of college ('07), my buddies and I needed one last credit to graduate. We decided to "earn" the credit by going to Washington D.C. for a weekend scavenger hunt. I kid you not. It happened to be the weekend the Hoyas were playing Vanderbilt for a trip to the elite 8. We took a cab and told the driver to take us to, "the Georgetown bars." The driver dropped us off at some bar and we walked from bar to bar getting drunk. Jeff Green hit a miraculous shot with 2.5 seconds on the clock, yet I felt like I was one of the most excited people in the bar -- probably due to my bracket. Are the "Georgetown Bars" overrun by tourists or is the school so accustomed to winning that an elite eight berth isn't THAT exciting?

First, you and your buddies are lame. Why not have the scavenger hunt somewhere like an Atlantic City strip club? But to your main point, I don't really disagree that your average bar in Georgetown isn't exactly a party atmosphere while the Hoyas are playing. In fact, during the disastrous Davidson collapse two years ago, I was watching at the now non-existent Nathans on the corner of Wisconsin and M, arguably the epicenter of Georgetown itself, and the game wasn't the focus of about half the people in the bar. When the Hoyas began to melt in the 2nd under a wave of Stephen Curry bombs, I walked out of the bar and took a walk down M Street, which was packed with ‘tourists' who seemed more interested in getting a track suit at the Puma store and probably didn't know the game was even on. But, as always, if you go to a Georgetown bar closer to campus like the Tombs, it's likely to be standing room only and everyone will be crazed. In fact, here's a clip of what happened in Georgetown after our heroic victory over North Carolina to make the Final Four in 2007.