According to the rosters at the Amare Stoudemite Nike Camp in Arizona, Greg Monroe has shed 11lbs in the off-season.  Take a look and compare his listed weight at this summer's Camp compared to last year's.

Much was made of Monroe's lack of physicality last season, with many scouts hoping that Monroe would begin to 'fill out' so as to be a bigger presence in the paint in the rugged Big East.  See the below, from Andy Katz's piece on the 2010 NBA Draft:

• Greg Monroe, Georgetown: Monroe would have been a top-10 draftee had he decided to declare. He didn't, and he's going through a rigorous offseason workout plan. Monroe has a chance to prove he can be even more of a demonstrative player on a Hoyas team that faded this past season. Playing well consistently and leading Georgetown to the NCAA tournament will only increase his chances of competing for a top-five selection if he chooses to leave after next season.

Maybe I'm an idiot (I probably am), but I was hoping Monroe would add some bulk just as Jeff Green and Roy Hibbert did in their off-seasons on the Hilltop that ultimately went a long way in improving their respective Draft stocks.  Certainly Monroe's quickness is one of his greatest assets, but some more mass on that frame wouldn't hurt his ability to say, prevent getting rebounds torn out of his hands by St. John's players who he should be dominating.  Then again, none of this really matters since, barring injury Monroe is a sure-fire top 10 selection in next year's Draft.

As a measly blogger I'm not going to second-guess Georgetown's training staff (until I have reason to, of course), but I hope Monroe emerges as a Beast this season, and his weight loss isn't the result of the same hunger strike that I'm currently observing while trying to make sense of the tragic death of Billy Mays. 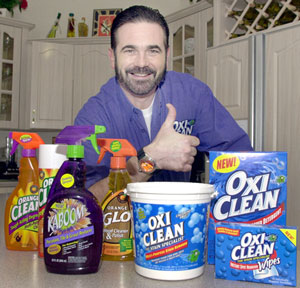 via www.sptimes.com
Incidentally, Chris Wright (10lbs heavier) is making an appearance at the Deron Williams Nike camp in Texas, and though not official at the time of this post, Austin Freeman is expected at the Paul Pierce camp in Boston.
Casually.