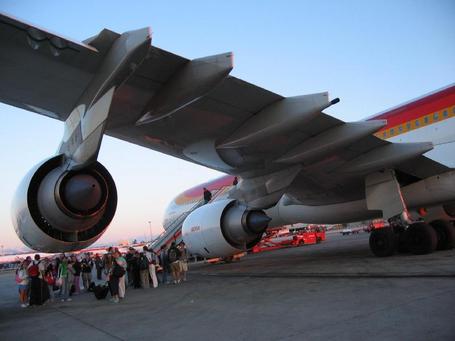 DraftExpress.com has listed the measurements of the numerous hoopsters hoping to hear their names called come June 25. I could spend hours pouring over and analyzing this data, but for the purposes of a casual blogpost, let's run a quick hypothetical:

Based on those numbers, who is the most physically impressive?

Player A is Pitt's Dejuan Blair, who is projected in the top 11.

Player B is Pitt's Sam Young, who is projected in the top 25.

Player C is Georgetown's own DaJuan Summers, whose measurements and workouts have been so impressive this summer that he is now being considered not just a 1st-round lock, but potentially a top 25 selection. Indeed, Summers' maximum vertical reach is the 9th best among the entire field.

According to ESPN.com's Chad Ford's latest mock draft, Summers has now vaulted into the late first-round at #26 to the Bulls:

Analysis: Summers is an NBA athlete and a good scorer whose game really slipped toward the end of the season. More and more, NBA scouts are projecting him as a 4 in the league. He's not a great rebounder, but he could give the Bulls some much-needed offense down low. Based on talent, he could go much higher, and he's a value pick for the Bulls here.

Perhaps instead of measuring how far these guys can jump standing still or their height without shoes (really comes in handy during games), they should be measuring HEART.

In other news, Maryland's Greivis Vasquez did a massive ONE REP on the bench press, placing him last among those who attempted to lift. Reps for Stephen Curry?

Take some time to take a look at the numbers, and feel free to comment away...