In an attempt to slap every fan in the face who thought that the Athletic Department would lift its cloak of secrecy with the hiring of John Thompson III, Georgetown announced last Tuesday both the dismissal and hiring of Assistant Coaches Robert Burke and Mike Brennan in one meager and vague press release.  The Athletic Department covertly released a statement the day before the 2009 NBA Draft, when media attention focused on former Hoya DaJuan Summers.  The announcement was also sandwiched between two stories on the German Basketball League.  Georgetown spent more time alerting donors, boosters and supporters on the happenings of a foreign professional basketball league than it did on the dismissal of its most senior assistant coach.  And then it sent out renewal forms to season ticket holders.

But wait, step back from the ledge sports nuts, all is not lost!  Firstly, we knew about Burke being fired / forced to resign / let go / dismissed nearly two months ago, even though Georgetown refused to comment.   Secondly, the Casual Hoya staff was able to construct an interview with the newly hired Mike Brennan based solely on our imaginations and predictions of what an actual interview would have been like should Georgetown ever indulge its fan base and open the lines of communication with the same people that monetarily and apparently still blindly support its programs. 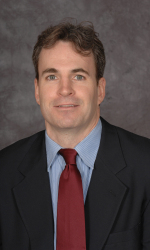 Hire Esherick of CasualHoya.com (HE): Hey Mike, welcome to Georgetown and thanks for taking the time to sit down with me.

Mike Brennan (MB): No problem, I have always felt that it is important for Universities to be honest, forthright and transparent with their fans.  I mean, supporting a sports program shouldn't feel like throwing money down a deep, dark hole right?  You should at least be given timely and specific information on the programs you finance.

HE: Wow, you seem like a perfect fit for Georgetown.  First things first, who the f*ck are you?

MB: Giggles!  I had a feeling you were going to ask that.  Well I graduated from Princeton in 1994, with a BA in English.  While at Princeton, I was a four-year starter and led the Tigers to back-to-back Ivy League Championships and NCAA Tournament appearances in 1991 and 1992.  Senior year, I was named Second Team All-Ivy League and after graduating I played professionally in Germany, Belgium and Portugal.  Once my playing career was over, I returned to Princeton to serve as an assistant coach.  During my seven years at Princeton, I coached under Bill Carmody, John Thompson III and Joe Scott.  After I was passed over for the head coaching position, I moved on to American University, where I have served as an assistant for the past two years, which also happen to be the only two years the Eagles have ever made the NCAA Tournament.

HE:  Wow that is quite a résumé.  It seems like you have had a lot of experience both running and coaching the Princeton offense.  It is said that in order to become an effective leader, you should surround yourself with dissenting views, and people not afraid to challenge static assumptions.  Do you think you will be able to play this critical role for Georgetown and Coach Thompson?

MB: No way Jose!  I am here solely to live, breathe and teach the Princeton offense.  I actually think dissenting views, while effective in a board room, are bad for a team.  It is important for a coaching staff to have one clear and uniform message.  Allowing players to improvise at will leads to chaos and egos.  I think you win as a team, and you lose as a team.  I think I will bring excellent insight into running the offense from a guard perspective, since I did this for four years at Princeton.

HE: Instructing and coaching are only half the job of an assistant coach.  The other half is recruiting.  How do you rate yourself in this category?

MB: [Looks at ceiling, then at floor.  Tumbleweed rolls between us.]  I have never recruited at this level before, but that does not mean I am not capable of doing so.

HE: Recently, Ralph Willard accepted an offer to become an assistant coach at Louisville under Rick Pitino.  Willard had been the head coach at Holy Cross for ten years, and previously held head coaching positions at Western Kentucky and Pittsburgh.  What do you think it more important in an assistant coach - youth or experience?

MB: Well I think it depends on the makeup of the existing staff.

HE: What is the makeup of the Georgetown staff?

MB: Young as heck.  But I think for a coach like JT3, a young, energetic and driven staff is exactly what is needed.  Plus, my salary is probably one-quarter of what Willard was offered at Louisville.  I am excited at the opportunity to join the tight knit Hoya Snaxa family I have heard so much about.

HE: You mean Hoya Saxa, not Hoya Snaxa.

HE: Last question Mike, I always end interviews with this one: Who wears short shorts?

MB: [Reaches into wallet and hands me card] How 'bout them apples? 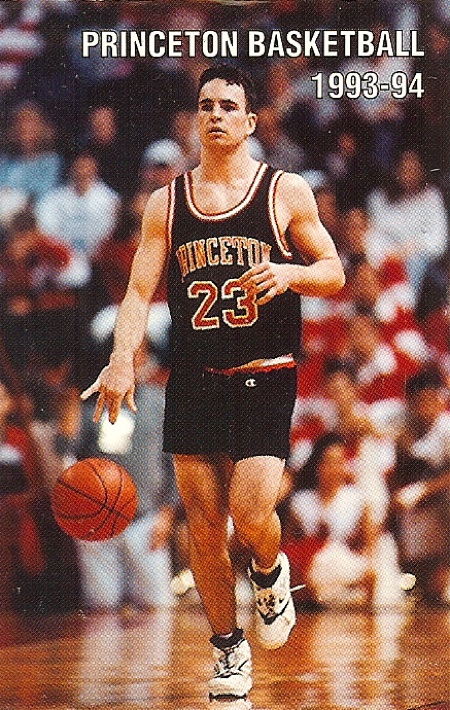 HE: Why the hell do you keep that in your...uh...nevermind...umm... Well Mike, thanks for talking with me today.  Best of luck to you at Georgetown and hopefully we'll see you and the Hoyas in the NCAA Tournament this season.

MB: Thanks.  I hope to be playing in March as well, seeing how I am the only one who currently has any type of NCAA Tournament appearance streak.