Is the Latavious Williams Saga Over?

Share All sharing options for: Is the Latavious Williams Saga Over?

MyFoxMemphis has reported that Latavious Williams has considered revoking his commitment to Memphis in the wake of the alleged violations that have plagued the University.

On the heels of news that the University of Memphis may face NCAA sanctions on alleged violations, rumors flew that Williams had backed out of his verbal agreement to play this upcoming season.

FOX13's Greg Gaston spoke with Williams Friday, who stated that while he has not pulled out of his commitment to play for Josh Pastner, he wanted to wait and see what happened.

According to the report, Latavious would have to make a decision one way or another before a final decision is rendered by the NCAA regarding Memphis' "alleged" violations.  The NCAA decision is expected within 60 days. (Note: I just used the word 'decision' three times in two sentences)

While Georgetown hasn't filled the final open scholarship slot yet, I would think it's pretty unlikely that Latavious would join the Hoyas at this point.

Then again, I also thought it was pretty unlikely that Georgetown would miss the NCAA Tournament last season. 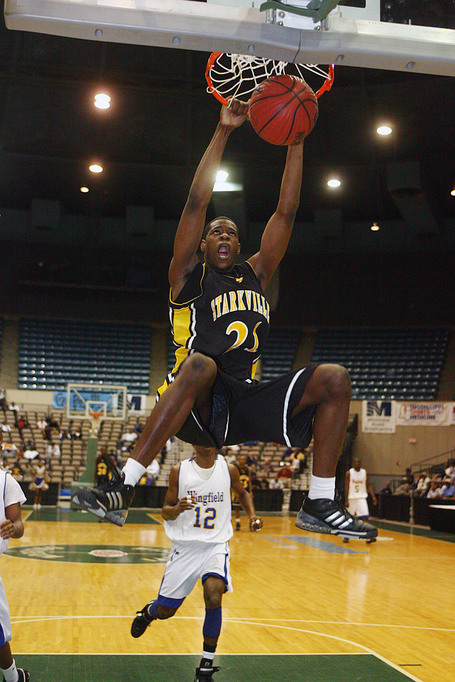