Hoyas to play at Tulane Next Season

Share All sharing options for: Hoyas to play at Tulane Next Season 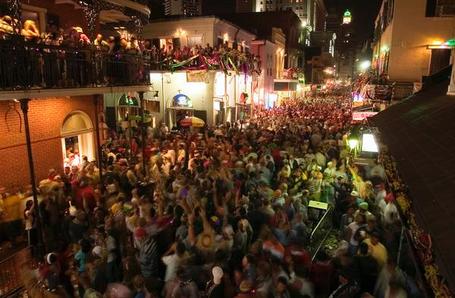 Casual Hoya has learned that the Hoyas will travel to New Orleans to play at Tulane next season.  The game is apparently being scheduled to fulfill a promise to Greg Monroe/Monroe's connections to play a game in his home city (note: Monroe is from Gretna, about 15 minutes away from New Orleans), though it is unclear whether this game was promised to Monroe prior to his signing at Georgetown or during this offseason to help persuade him to stick around.

The Green Wave is an improving squad and went 14-17 (8-10) in the Conference USA last season.  Former Maryland assistant Dave Dickerson is entering his 5th year as the head coach.

A firm date for the game has not been set at this time, but a weekend in mid-November is being discussed.  The game will be played either at Tulane's Fogelman Arena (on campus, similar to McDonough) or at the New Orleans Arena.