Omar, We Barely Knew You

Share All sharing options for: Omar, We Barely Knew You 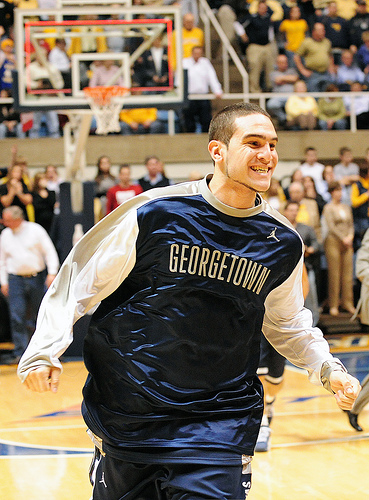 It's official, Georgetown has formally announced the transfer of sophomore Omar Wattad. As previously mentioned, Wattad averaged 2.6pts and 11mins per game and shot 29% from behind the arc last season. According to StatSheet.com, OW contributed 3% of the team's total points and 5.6% of the team's total fouls.

This marks the 9th transfer from Georgetown under JT3, and the 3rd in the last two years. Details of where Wattad intends to enroll next year have not been disclosed. Omar joins an exclusive list of players who have also left the program under Thompson the Third.

Have yet to confirm the rumor but apparently when the 10th transfer occurs, JT3 will receive a ceremonial high five from AD Bernard Muir.