Share All sharing options for: The Casual Awards: Hoyas Defeat Butler at World's Most Famous Arena

After yet another Hoyas victory, we're once again handing out hardware to those most deserving. 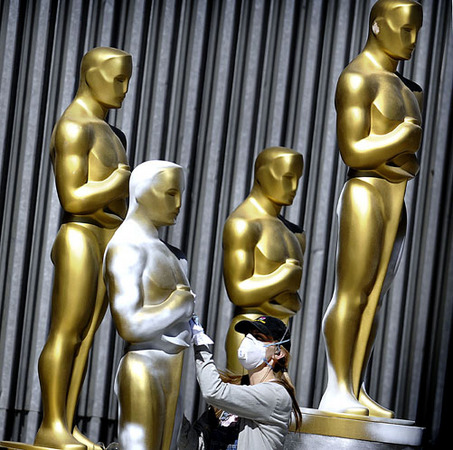 What a night for Patrick Ewing, Jr. Though unlike Thornton Melon he didn't get a chance to go Back to School and get yelled at by Sam Kinison or take a bath with Bubbles, Junior sat courtside and saw both of his alma maters emerge victorious. Unfortunately for Junior, it appears sitting courtside at MSG is closest he's ever going to get to being on that court. Too bad, really, because he is one of my favorite all-time Hoyas, just ahead of his father and directly under Joe Touomou.

Low Hanging Fruit Award:
Jeremiah Rivers. With a chance to vindicate his transfer on national TV - and following the Hoyas no less - Jeremiah lays his standard egg matching his 4 assists with 4 turnovers while making his only shot from the floor and missing 2-3 free throws. He's the best.

The Nikita Mesheriakov Memorial Stay Hot Award:
Since it appears our favorite Nikita has now been thankfully banished to walk-on status, the award has been permanently named in his honor. Today's Stay Hot Award recipient is Chris Wright, who nearly single-handedly managed to sink Georgetown's 17 point lead with another wretched performance in managing the game. How many times did Wright fly to the hoop only to get called for a charge, lose the ball, or throw the ball to the opposition after a deranged drive along the baseline? Wright finished with 7 points, 4 boards, 4 assists, and 3 steals-not terrible if you hadn't actually watched the game. His 7 TURNOVERS and ZERO FIELD GOALS and the fact that he was taken out of the game by JT3 (more on this in a bit) as the lead was shrinking are certainly more revealing. Stay hot, Chris. Stay hot.

Craig Esherick Bonehead Coaching Award:
I can't really bash JT3 in this one, as his taking Wright out of the game for a few minutes down the stretch was crucial to stopping the bleeding and allowing Wright to get his head straight while sitting on the bench. I also liked that JT3 started integrating the freshmen more, giving Sanford a minute in the 1st half and Benimon a whopping 5 minutes in the 2nd half. The two combined for 4 points, 3 rebounds, 1 steal and only 1 turnover. JT3's allowing Julian Vaughn to atttempt 3s, however, is becoming indefensible. Vaughn should be placed in a straightjacket on the offensive end.

The Clark W. Griswold Award:
Given to the guy who looks most lost in a foreign country, this award goes to Henry Sims in yet another mind-boggling performance. In 12 minutes, Sims attempted zero field goals, grabbed four rebounds, and committed four fouls. It got so bad that after one of the fouls Austin Freeman had to take him aside and start telling him what to do.

The Jermichael Finley About Damn Time Award:
Given in honor of this week's fantasy football performer who had finally delivered for those who have been starting him, today's game ball goes to Austin Freeman. Freeman's 18 point outburst included a 4 of 5 performance from downtown, and he even showed a little fire in his body language. About damn time #15!

More fun with The Casual Awards after 'The Jump':

The Tiger Woods You ‘Da Man Award:
Greg Monroe. 24 and 15 and just 1 turnover in 38 minutes. Welcome back to national relevance. Monroe was everywhere and did everything last night, dominating underneath, making smart passes, and finishing nicely. For the 1st time I felt comfortable with the ball in his hands with a lead to protect down the stretch. It is unclear whether he hung out with Rachel Uchitel in NYC after the game.

Steve Bartman Fan of the Game Award:
To the morons cheering for Butler in section 123. Everytime Georgetown got the ball they'd scream "travel". When some Hoya fans started mocking them by doing the same to Butler, one of the morons sneered "it's called shuffling your pivot feet, idiot." Right, that is the reason the Bulldogs found themselves down 17.  Had nothing to do with the 1-9 performance by their big man Matt Howard.

Tim Donaghy Award for Horrible Officiating:John Cahill. Forever known as the ref that called the phantom technical on Greg Monroe in Durham last year that imploded our season, John Cahill and his corhorts called 14 fouls in the second half on Georgetown last night.  There was a point where three fouls were called against the Hoyas in a one minute span.  Until the 4 minute mark when Butler started to foul on every possession, the refs had called 13 fouls on Georgetown and 5 on Butler.  And to the Butler fans that complained that not enough fouls were called... good luck in the Horizon League.

Charlie Conway Eager to Please Award:
Hollis Thompson. No one pays more attention in huddles, hustles faster to pick up teammates on the ground, or cheers more enthusiastically than Hollis. Keep up the good work pal, you made Gordon Bombay, err, JT3 proud.

The Neville Chamberlain Coward Award:
Jeremiah Rivers. The entire Indiana team was in the stands watching the game, save for one Mr. Rivers. The least you could do is see how much better Jason Clark is than you in person. Congrats to Rivers on his 2nd Casual Award of the day, however.

The Allen Iverson Seeing is Believing Award:
Jason Clark. TV does not do him justice. The guy is a freakshow in person, his arms hang down to his shins. We're pretty sure he ties his shoes without having to bend. Stacey Augmon-like Plastic Man upside.

The Georgetown Hoyas are still an undefeated nationally ranked powerhouse.

The Washington Huskies are NeXt.