Sleeping With The Enemy: Meet The Butler Bulldogs

Share All sharing options for: Sleeping With The Enemy: Meet The Butler Bulldogs

Georgetown is an undefeated nationally ranked powerhouse in the Big East.  Are we really supposed to fear a Horizon League upstart that has already lost to Minnesota and Clemson?  The answer, as you already know, is a resounding YES.  In this version of Sleeping With The Enemy and as always, we're telling you what you need to know about our opponent ahead of the clash at MSG.  Special thanks to Butler aficionado Kevin Knaus and president of the Butler Dawg Pound Jake Skierkowski for answering our penetrating questions about their squad.  Kevin and Jake, this bud's for you. 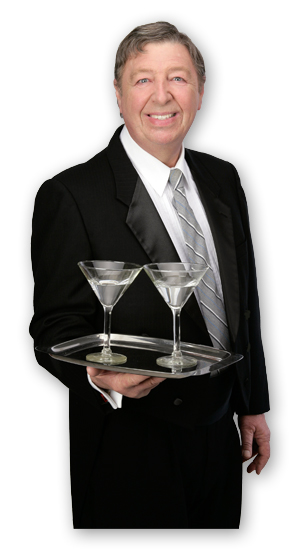 CH: What can Georgetown expect on Saturday out of this year's Butler squad?

Kevin: I would just like to remind the Hoyas that the last time Butler played in MSG they won the NIT Season Tip Off over Gonzaga, despite the billboards in NYC advertising the event bearing logos of North Carolina, Gonzaga, Tennessee and IU (who we beat in the 2nd round).

Jake: Well to be totally honest with you, right off the bat I am currently panicking.  I may have to change my flight out to NYC, as I thought the game was on a Tuesday.  Anyhow, Georgetown has the ability to control the pace of the game, being able to win both defensive battles and offensive showcases.  The Hoyas should expect the Bulldogs to come out with a little bit of fire in front of a national audience, as they probably feel they have something to prove after a semi-disappointing start to the season.

(Casual Disclaimer: We just copied and pasted that question from the American blogger questions and only changed the team name.  Kudos to Jake for pointing out our lack of attention to detail.  Even though we preferred the game would be played on a Saturday because then Georgetown fans not in NYC could actually go to it, unfortunately the powers that be at the Jimmy V Foundation did not agree with us and ignored our calls. However, please take solace in the fact that we didn't give up, we never gave up.)

CH: Butler was ranked #10 in the pre-season Coaches poll, the highest pre-season ranking of a mid-major in that poll since 2005-06, when Gonzaga was ranked 7th (Memphis, despite being #3 in 2007-08, cheats too much to be still considered a mid-major) .  After losses to Minnesota and Clemson, was #10 too high?

Jake:   In my opinion, rankings really only mean something to the novice college basketball fan.  One great thing about college basketball is the incredible variability.  Any team can win on any given day, which is why rankings mean next to nothing now and absolutely nothing come March.  But I can say with confidence that we have not been playing ball that would indicate we are the 10th best team in the nation.  I feel as though it has a lot to do with a team that was once the "hunter" turning into the "hunted".  For a lot of opposing teams, Butler may be the blockbuster game of the season for them and the targets are always on our backs, as everyone wants to make a name for themselves by pulling off a shocker.  Speaking of ranking, and obviously a more important ranking, Butler came in at 4th (90%) over Georgetown 5th (82%) in the graduation rates of teams ranked in the Top 25.

CH: What are Butler's strengths and weaknesses?  Who are the top performers this season?

Jake:  Butler's strengths lie in their ability to control the flow of the games.  They play a very methodical offense, usually utilizing all 35 seconds of the shot clock.  They are also known for taking great care of the ball and limiting turnovers. They typically rely heavily on a spread offense with an inside-outside game that opens up many 3-point shots.  They also have many great defenders, who can stifle opponents by playing aggressive man-to-man coverage.  Their weaknesses usually come in spurts, with Matt Howard having a lot of recent foul trouble and the team having streaks of cold shooting, both of which have plagued us this season.

Top performers (and most well known) include the a trio of Bulldogs.  Aforementioned Matt Howard, who was deemed "Mr. Fundamental" by an ESPN analyst earlier this season.  He plays very smart on the offensive end, but foul trouble has really limited his minutes this season.  Gordon Hayward is the most versatile player at 6'9".  He has the ability to put the ball on the floor and is a great shooter.  He put on nearly 20 pounds of muscle in the offseason, which has allowed him to become more aggressive inside.  Shelvin Mack is the last of the top performers.  He has great court awareness and has become much more aggressive in his ability to drive to the basket.  Both Hayward and Mack played on the USA U-19 team that took home the gold medal in New Zealand over the summer.  Also worthy of mention is senior captain Willie Veasley, who is primarily known for his ability to play lockdown defense against big men, despite his size (6'3").

CH: We all know that Coach Norman Dale famously determined that the rims at Hinkle Fieldhouse are 10 feet high – where does it rank with other legendary arenas in the country?

Kevin: A bit of Hinkle trivia; the locker rooms at Hinkle still look like they did in the movie Hoosiers.  Athletic marketing staff keep a basketball and tape measure on hand for fans wandering through the building who want to recreate the measure the baskets scene.  The fact that this is so well known makes Hinkle such a legendary arena, and makes cheering on your team there something special.

Jake: Obviously the tradition of Hinkle Fieldhouse is known throughout the nation as one of the most storied.  With the teams' growing success, the Fieldhouse has become a very well known venue in college sports.   It rivals that of Kansas' Allen Fieldhouse and is slowly catching up with Cameron Indoor Stadium.  A personal favorite is North Carolina A&T's Corbett Sports Center, who plays home to their own "Dawg Pound".  I recommend YouTubing it.

More fun with Butler after 'The Jump':

CH: Over the past decade, Butler has sent several head coaches on to bigger programs with more money and with Brad Stevens’ success, that will likely be an issue again shortly. Will Butler look to lock him up similar to Mark Few or allow itself to continue to be a gateway program?

Kevin:  Our coaches will stop leaving if they keep tanking the way former coach Todd Lickliter has at Iowa.  1.2 million dollars means absolutely nothing if you can't win games.  Either that or no one will hire Brad because in every other state you have to look older than 17 to coach college basketball.

Jake: Brad Stevens is a family man, speaking in terms of both biological and team families.  I feel as though he is very comfortable here in Indianapolis.  He is more concerned about the success of his team, rather than the money in his pocket.  Take a look at Todd Lickliter, who left Butler to become the head coach at Iowa.  His team currently carries a 2-5 record and he is under much scrutiny.  His future may hold less of counting the green paper, but more of counting the number of paper resumes he is sending out when looking for new coaching jobs.

CH: When I attended a Pacers game a few years ago, the scoreboard famously read "In 49 states it's just basketball...but this is Indiana."  Given that Indiana is the center of the basketball universe, how does Butler compete with bigger schools like IU for local talent?  What can you tell us about Butler that has made it one of the most successful mid-major programs in the country?

Kevin: I think Butler does well competing over IU because people want to be part of a winning team and we don't make them wear those candy cane striped warm ups.

Jake:  Butler prides itself in the concept of "team" and the Butler Way, which demands commitment, denies selfishness and accepts reality, yet seeks constant improvement while promoting the good of team above self.  High school prospects see the possibility of building on a great tradition and becoming a part of something bigger than individual accomplishments.  Tom Crean of IU is a great recruiter and he will surely turn the program around, but I am confident that our coaching staff is as adept as any other when it comes to selling prospects on a great program and tradition.

CH: Like much of the Midwest, Indiana prides itself on its state fair and last year, chocolate-covered bacon and deep fried pizza were regarded as the best meals there.  Have you tried either of these?  If I give you my address, can you send me some chocolate covered bacon?

Kevin:  Indiana is the 11th fattest state in the nation and we Hoosiers pride ourselves on our heart clogging combinations.  People ask "Why fry Oreos and Snickers?" we say "Why not?"  I will sadly admit that even though I am a native Hoosier I have not tried any of these specialties offered at the State Fair.  I think the recipe for chocolate covered bacon would be easy enough for you to try, but I would be more than happy, and proud to send some your way.

Jake:  Are you serious?  I am too concerned with my cardiovascular health and looking good in my gameday outfit to put that kind of junk in my body.  It's all salads and an occasional steak dinner.  In all seriousness, I have not tried either of them, but if two things are good by themselves, then they must be great when put together.  I would feel honored to share a little bit of Hoosier culture with anyone.

CH: I noticed something called the Dawg Pound on the Butler athletics site in which students can get 'Pound Points' for being good fans.  How does one get a Pound Point and what does one do with Pound Points?

Jake: Pound Points was a new program created last year as an incentive to attend lower profile sports.  Students are given individually bar-coded membership cards that are scanned at each sporting event they attend.  The more events they attend, the more "Pound Points" they accrue.  These points are then turned into a raffle at an end of the year party that Dawg Pound hosts.  Last year they raffled off tons of great stuff including 2 LCD TV's, Garmin Navigation Systems, gift cards, Butler gear, and a 50" Plasma TV.