Sleeping With The Enemy: The Johnnies

Share All sharing options for: Sleeping With The Enemy: The Johnnies

As the 13th ranked Georgetown Hoyas begin its voyage into the Big East Conference, it picks up where it left off against a St. John's team that returns virtually all of its players from the team that embarrassed the Hoyas not once but twice in the span of one week last March.  How will the Hoyas answer the Conference bell on New Year's Eve?  The hell if I know.

As always, we here at Casual Hoya are bringing you everything you need to know about our next opponent, and this time our victim is David Krupinski of the Johnny Jungle, the most excellent spot for St. John's hoops knowledge on all of the internets.  David Krupinski, this bud's for you.  Away we go... 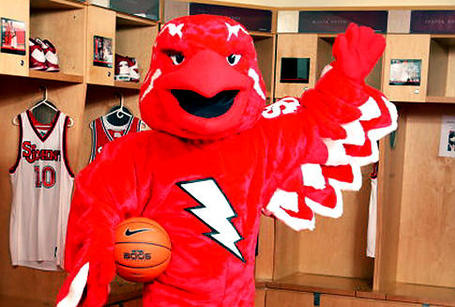 CH:  What should Georgetown expect from this year's St. John's squad? Who are the best shooters? Rebounders?

JJ:  Georgetown should expect a lot of what they saw last year just more of it. We're still the same ugly gritty team that has a few more bodies to wear you down. The team is at its best when they can score in transition. If they can't get out to run we're subject to seeing 10+ ineffective ball screens per half court set. JUCO transfer Dwight "Buckets" Hardy is our "shooter" he can score in bunches and is refreshing to watch him make some threes than pump and drive for two the next play. Paris Horne and DJ Kennedy are also capable of heating up from the outside as well but are more suited for midrange to inside slashing. Sean Evans is good for 3-4 offensive rebounds a game but tends to disappear on the defensive glass. Also watch out for Dele Coker doing a pretty good impression of Dikembe Mutombo.  (Casual Note: Who wants to sex Coker?)

John Thompson III and Norm Roberts both started their current Big East head coaching gigs at the same time. Since then, JT3 has led Georgetown to two Big East regular season championships, three NCAA tourney berths and a Final Four. Did JT3 overachieve or has Norm underachieved? Is time running out for Norm?

Are you trying to rub this in my face? This past decade has been one to forget as the dark ages of St. John's has been painful. Norm Roberts is always the hottest topic of discussion for every St. John's fan as ultimately everything always seems to come back to him. I don't agree with a lot of Norm Robert's coaching philosophies and overall game management but I can admit the guy has been awfully unlucky. He came into a dismal program under NCAA scrutiny for the Pittsburgh scandal. OK so he can use that as a crutch for maybe a season or two but not six. This is the gripe of most St. John's fans. In 2006 Norm Roberts signed what was thought to be a pretty monster class. Rob Thomas was a monster in highschool but injuries have plagued him and he's only a shell of his former self. Derwin Kitchen, now at Florida State, never suited up due to academic issues, and the rest of the class transferred (Qa'rran Calhoun, Larry Wright, Avery Patterson). If this class panned out then we would have won more ballgames and would have had a better shot at the 2007 and 2008 classes. Instead, we had to start from scratch again in 2007 which leaves us with the 9 juniors currently on the roster. Norm, who was hired for his reputation of being a big time recruiter, hasn't lived up to the bill while missing out on top tier talent in our own backyard. So if you're not a big time recruiter or a solid X & O guy, then what gives? The team is shaping up but huge voids will need to be filled with the 2011 class so the jury is still out. Phew, I tried to keep that as abbreviated as possible. As for JT3--what has he done lately? A lot of guys have transferred out? Team hasn't played up to their potential? Overrated? Maybe a little but he's a solid coach. I'd take him. 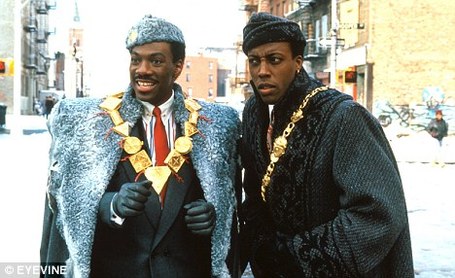 Well one thing about St. John's is its very diverse. So there is a little something for everyone. Akeem would have gotten his choice at a variety of women. During my time at school I definitely got a lot of "worldly experience" from European to Dominican from Jamaican to Asian there was a little bit of everything. I'm surprised Tiger didn't choose St. John's over Stanford. Our golf team isn't too shabby either.

St. John's is a dry campus with banners on the light poles reading "Sober 24/7" so you won't see students walking around with 30 packs on campus rather heavily packed book bags on the weekends with 30 packs neatly tucked inside as they smuggle them into the dorms. Students will then take the party to Traditions the local pub which is always a pretty good time. The two floored bar throws all the under 21 kids up stairs in the attic where there is a dance floor and DJ and discreetly placed kegs. So many great moments in hook up history went down there. Bars are open till 4:00 AM in New York which is probably why no students go to Saturday afternoon basketball games at the Garden. Way too hung over and tired to know what's going on.

The "Sweater Game" was recently named one of the Top Ten moments in MSG history. Please comment.

The video of the "Sweater Game" never gets old. I don't think you'd see something like that happen now. Speaking of sweater games, St. John's recently attempted to make the Guinness World Book of records by having the most "ugly Christmas sweaters" at a sporting event for last week's game against Bryant. I thought that was pretty genius of the marketing department to try and promote attendance. Since the game wasn't televised I decided to listen to the student radio station online. It was very entertaining listening to them as they mistakenly thought that ugly Christmas sweater night was in connection with honoring Lou Carnesecca. I don't think Lou thought those sweaters he wore (still wears) are ugly.

When was the last time St. John's had a home-court advantage at MSG?

Well it's very hard gaining a true home court advantage at MSG. Even if we draw a good amount of fans the opposing teams usually draw just as many as us. This is why the school is deciding to play more conference games on campus (there are financial reasons as well). We play the "toss-up" games as I like to call them on campus--games that we need to win in order to have a good year in the Big East.

The last time I remember having a true home court advantage was in 2002/2003 when we played Duke. I was just applying to the school at the time and they sent tickets to my family and I to attend the game. The atmosphere was great and St. John's made an amazing comeback to beat Duke as Marcus Hatten sank a free throw with no time remaining to win. The students stormed the court and the Garden was rocking. I was sold on the school soon after. I haven't seen support like that since hence the reason I created Johnny Jungle.

With the news of the Big Ten expanding to increase to benefit football, how much longer do you think non-D1 football schools like St. John's and Georgetown can survive in a football dominated world? Do you think the two will ever be forced to leave the conference they founded?

Well I don't think the Big East will ever be a football conference. When we made the move to 16 schools I think it was to supplement the non-football schools not eliminate them. I think St. John's made a great move when they cut the football program to add lacrosse. Now the Big East is becoming a powerhouse for lax.

Last year St. John's beat Georgetown twice in one week, one of the worst weeks in recent memory for the Hoyas, but a return to respectability for St. John's. What are the expectations for this year's squad? Has the student body embraced Roberts or this team yet?

Embrace? Never. This is New York. We don't embrace too easily. Derek Jeter might be the only person in the past decade to be embraced. Last year many fans were surprised at St. John's back to back victories against the Hoyas. The best memory from that was seeing Rob Thomas do so well after he's been through so much. The expectations for the team this year varies. I think the bar has to be set for top 8 within the conference and NCAA tournament berth. We can't play the no depth or youth card any longer.

Choose one that we should roll with for the rest of this season: A) Redmen, B) Red Storn, C) Johnnies

Whats up with all the voting on names this year? First we had to vote on what our mascot would be then we had to vote on it's name too. "Johnny Thunderbird" is the latest and greatest to represent St. John's. Ugh! Oh well. In every article we write we flip-flop between all three names. Technically the Johnnies are St. John's in Minnesota and Redmen is not politically correct (Bull****!) so Red Storm by default. If I had my choice we'd be proudly be the Redmen because we wear red like Syracuse wears orange. I should end this with a disclaimer that I don't represent the school's thoughts or wishes. Don't sue me. (Casual Note: Please do not sue www.JohnnyJungle.com.  Thank you.) 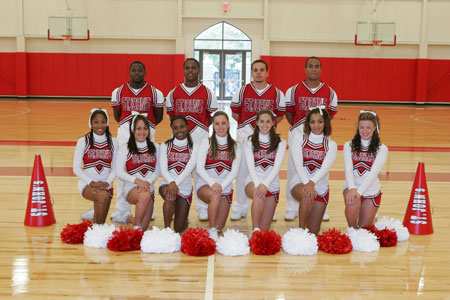