Share All sharing options for: The Casual Awards: Harvard Edition 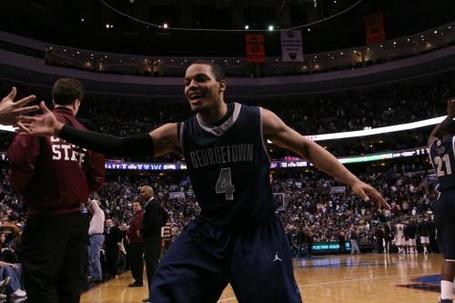 via thehoya.static.sgapreviews.com
The Rob Schneider Award:

There you go, Chris Wright.  You can do it!  Wright poured in a monster 34 points (the most since the Mike Sweetney era) and racked up an impressive 6 steals.  When he wasn't driving aimlessly to the hoop, taking ill-advised shots or throwing the ball into the 5th row of the student section, CW was reasonably effective on the offensive end, consistently finding open guys and slashing to the hoop for backdoor layups.  Defensively he set the tone for the game, getting his hands on numerous Harvard perimeter passes and even diving for loose balls.  Well done.  Sort of.

The Napoleon Dynamite Award:
Given to the individual who stands out in a sort of casual way, Jerelle Benimon takes this award for his decision to wear black sneakers and black socks while everyone else went white.  I'm not sure if Benimon was making a political statement or maybe backing the ruling of the Brazilian Supreme Court to give this guy back his kid, but in any event, it worked.  Let's get this kid some more playing time.

The Avatar Award:
Given in honor of the movie that most crapped on after seeing blue people in the trailer but after seeing it admit that it is actually a pleasant surprise, this one goes to the live feed of the game provided by guhoyas.com.  The feed didn't crap out at any time, and it was cool to see some of those horrendously lame events the Verizon Center runs during timeouts.  For the record, I think every student who attended that game should gave gotten a free Chipotle burrito.

The DaJuan Summers Memorial Post Office Award:
Given in honor of the current Detroit Piston who played every game with a stamp on his forehead, today's award goes to the Verizon Center, who couldn't even take the time to completely transform the arena from a hockey venue to a basketball one.  I understand that labor is expensive these days and the unions can be tough to deal with, but come on!  We deserve better.  Then again, it's not as if Georgetown can win games on campus. 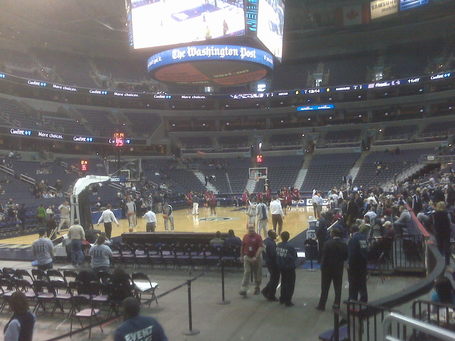 The Brandon Bowman Memorial Award:
Given to the player whose actions raise an eyebrow when the point spread is in play, today we say hello to Mr. Kyle Casey, the Harvard forward who missed a three point attempt at the buzzer.  A meaningless 3, you say?  Sure, unless you had a bunch of cash on Harvard +15 (the closing line on the game).  Final score: Georgetown 86 - Harvard 70.

The Nikita Mesheriakov Memorial Awful Play Award: Henry Sims:
In loving memory of our recently departed Nikita, this award goes to Henry Sims for attempting what can only be described as a hook shot pass.  Sims went up for a hook shot, then in mid-air decided that it wasn't a great idea (despite his being 4 inches taller than the guy guarding him), and passed it out to the perimeter.  The only problem was that there wasn't anyone on the perimeter, and the ball went into the empty seats courtside.  Well done, Hank.

The Cold Shower Award:
Georgetown committed a whopping 20 turnovers and dished out 16 assists, not exactly the trademark of a well-oiled Princeton offense.  This is going to be a problem going forward, when you know, we're playing teams that aren't Harvard.

The Amazing Race Award:
Stephen Stepka and Ryan Dougherty each saw one minute of playing time, with each being brave enough to launch and miss a field goal attempt.  While Stephen Stepka is currently in the lead with 2 career points, the race is on to see which walk-on will finish with more points in Big East play.  Note: the last walk-on player to score a point against a Big East opponent was Bryon "Don't Call me Sead" Jasen who landed a three against St. John's during the 2007-08 season.  Intriguingly, that was the last time we beat St. John's.  We play them next.  Coincidence, I THINK NOT.

The Guacamole Award for Most Underrated Condiment: Spicy Mustard
Given in honor of last week's nonsensical decision by HireEsherick to actually call guacamole overrated, this week's award goes to the wondrous spicy brown mustard, which truly completes any sandwich, hamburger, or hot dog by giving it that extra tang that leaves you wanting more.  Honorable mention to dijon mustard.  At this point yellow mustard is a joke. 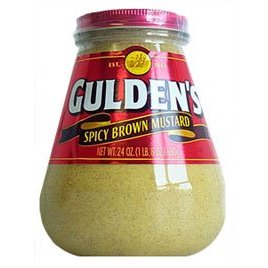 The Georgetown Hoyas are a nationally ranked powerhouse.  In the words of the immortal Terry Silver, now the real fun begins, Danny boy.