Gone Too Soon: A Tribute to Nikita Mescheriakov

Share All sharing options for: Gone Too Soon: A Tribute to Nikita Mescheriakov

First Chris Henry, then Brittany Murphy, and now this.  When will it end?

Today, however, our collective anguish comes to an end with the news that Nikita is transferring.  Is Nikita a good kid?  I'm sure he is.  But if you want to post about that, feel free to head over to HoyaTalk.  The bottom line here is that Nikita's contributions of less than one point and less than half of a rebound per game will not be missed, and with an additional scholarship now opening up this is great news for the program.  I'm not going to get into the argument about whether the staff should be questioned for recruiting a guy like him to begin with, because frankly, this is a banner day and I'm in the holiday spirit.


Before we properly say goodbye to Nikita, please see below a few of his greatest achievements, none of which, however, can equal the infamous shot off the side of the backboard against St. John's that is his ultimate legacy and signature moment as a Georgetown Hoya.

Wearing his warmups (thankfully, we saw a lot of this one)

A Tribute in Pictures after The Jump: 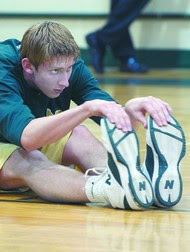 Getting beat on defense (by a guy on Mount Saint Mary's): 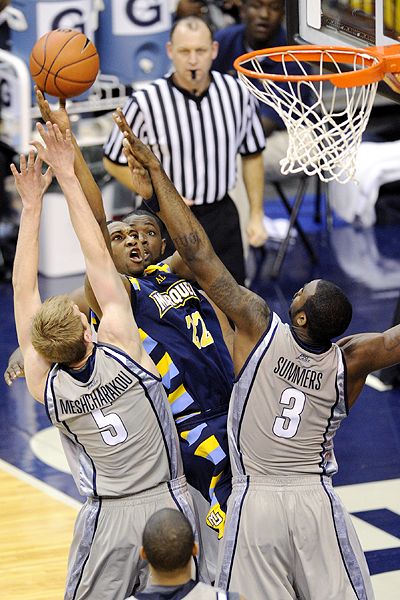 Absurd runners in the lane: 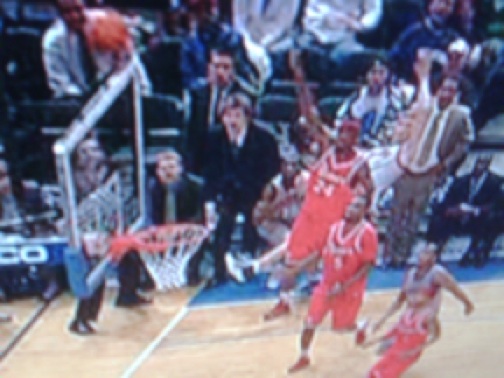 Rest assured that we at CasualHoya appreciate his contributions and will continue to hand out the Nikita Award for most horrifically awful play of the game.

A tradition unlike any other.