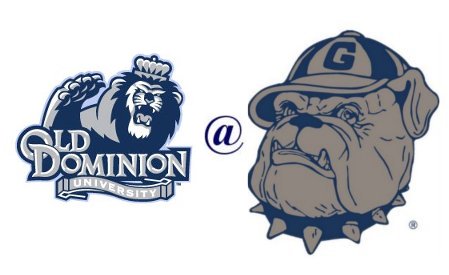 While we have won a few games, I really do not know what to think of the Hoyas at this point. Butler was over-rated and Washington is in the Pac-10, which is far and away the worst conference of the Big-6 (thank you Pac-10 cheerleaders for keeping us students interested during 11pm games). I am skeptical because we played well at the beginning of last year, only to be embarrassed towards the end (thank you St. John's…).

For this Saturday’s game, I am still conflicted on whether I should go home to see my family or pre-game away the frustrations of a failed Orgo test in Henle before game time against…Who are we playing? Old Dominion? We lost to them few years back at McDonough, this time will be different. When does the Big East start?

Campus is split between those who can’t wait to leave after their last final and those who will be running from their exam to don the "We Are Georgetown" shirts. Even though students are focused on their exams, the McDonough game should provide the home-court advantage of an on-campus arena. And if it doesn't, I'm transferring.

OldHoya cringes to think of another matchup with Old Dominion at McDonough (but is obligated to point out that it did lead to the Final Four trip) and instead harkens back to his own time on the Hilltop. Way back then, McDonough boasted the ‘Animal Section' - a section at half court that was all male, all student, and all rude. Heckling was not just encouraged but demanded and he recalls heckling even members of the fairer sex who were unlikely enough to pass the esteemed crew.

OldHoya is particularly nostalgic as Gtown played all home games at McDonough up through 1982 when Patrick Sr. arrived. Even so, that season featured a highlight as a Missouri team led by Steve Stipanovich waltzed in to McDonough ranked #4. After expressing their dismay to have to play at McDonoguh, they took a whupping and not surprisingly, the mustachioed Stipo had a worthless 5 year NBA career after being drafted second overall.

The years have mellowed OldHoya but he'll be at the ODU game and expects that the students will pick up the Animal Section torch.

Ken Pomeroy (kenpom.com) loves Old Dominion. While that in and of itself should be reason enough to put your money on the Hoyas (Pomeroy famously had Georgetown as a top 15 team last season even as we were getting shelled by St. John's and barely beating the likes of DePaul), it does give me reason to perhaps think twice about it. Even though Pomeroy likely lives in his mother's basement, sleeps with a calculator, and enjoys Oreo cookies, Vegas outcomes are based on numbers, numbers are indeed Mr. Pomeroy's specialty, and hey, who doesn't like Oreos?

For this game, Pomeroy's computer predicts that the Hoyas will win by a final score of 62-57, a 5 point margin of victory in a tight game that will likely result in those in attendance at McDonough to choke on their hot dogs and soft drinks. If the Hoyas play like they did against Washington, this game should not be that close. Old Dominion comes in at 6-4, and while they are playing good defense, they are simply not explosive enough to beat the Hoyas. Now, I'm not suggesting Georgetown is suddenly Loyola Marymount in the Gathers (R.I.P)and Kimble era , but I just don't see how ODU is going to score the 70 points or so it will need to win this game outright. Can ODU keep it close? Yes. Will ODU keep it within 9 by the time the final buzzer sounds? I hope not.

Do I enjoy laying 9 points to the Monarchs? No. Would I be more comfortable if this line were more like 6.5? Yes. Regardless, the pick is Georgetown -9. Final score of Hoyas 76, ODU 62. I'm going OVER the 122.5 here, just because I think we will have our way inside and there will be some substantial garbage time that will result in a bunch of 'meaningless' 3s for the Monarchs.

The Hoyas are currently 3-1 ATS (that's 'Against The Spread' for those just tuning in).