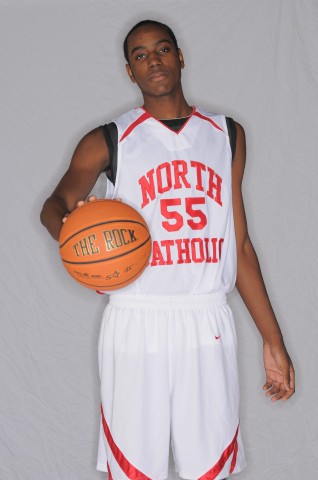 "Since our last announcement, certain schools have made a valiant effort regarding Rakeem's recruitment. Stronger bonds have been established with a few programs and their staff. Our current list reflects that.  Once we know it's right for Rakeem and once he feels 100% confident about the situation, everyone else will know. This process has been lengthy but we are in no rush to meet a timeline. We're pleased with the current schools we are considering and looking forward to watching them play this season."

Christmas is currently considering Florida International, Florida, Georgetown, Oklahoma and Texas.  Dropped from his previous list are Baylor, Indiana, Ohio State and Villanova.  Isiah Thomas and his Florida International program entered the mix during the past three months.

With regards to the narrowed list of schools Christmas stated:

"I'm happy to work with a smaller group of schools going into the season. I've been so busy with maintaining my grades and practicing with the team, that I think this will help me focus with having to deal with less pressure during the season. My transition at ANC has been great. I'm enjoying my classmates, teachers, and teammates. Coach Givens has been great with the workouts. I'm just ready for the season to start."