University of Maryland - College Park: A Bastion of Academic Excellence

Share All sharing options for: University of Maryland - College Park: A Bastion of Academic Excellence 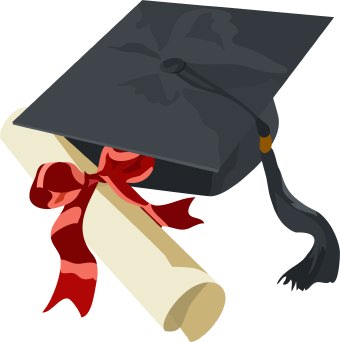 More after the jump

The GSR is a fancy way of calculating graduation rates while taking into account players that leave in good academic standing.  Georgetown basketball, for example, has a GSR of 82 and Federal Graduation rate of 60; the difference stemming from the transfers of Tony Bethel, Drew Hall, Demetrius Hunter and Harvey Thomas.  A full definition can be found here: Division I Graduation Success Rate.

The graduation rates of all schools and sports can be found here.  Feel free to do all sorts of analyses that I don't want to do, including, but not limited to, conference comparisons, regional comparisons and comparisons of programs with cheating coaches

Listed below are the graduation rates for the men's basketball programs of Big East schools, and how they compare to last year.

14 out of the 16 Big East schools remained the same or saw an improvement in their graduation rates.  The only schools not to improve were Louisville and Connecticut.

But the Blue Ribbon Award goes to Gary Williams and the University of Maryland Terrapins.  During the 1999-2002 period, only 8% of men's basketball players entering the program graduated or left in good academic standing.  That is 2% lower than last year, but 8% higher than two years ago.  As you might remember, zero Maryland men's basketball players who entered between 1997-2000 graduated or left in good academic standing.

Gary Williams, chronically unable to grasp to simple concept of a student-athlete, has always refuted the above numbers with something similar to the below, which he said in 2007:

"I've graduated 42 players in 18 years.  I feel it is completely false, the [zero] number. The guys who are playing in the NBA, are they wrong for taking advantage of their ability? Are these people failures? To say the majority of these people are not successful is completely wrong."

"I'll say it again: If you can make $6 million, who wouldn't do that? We all hope they graduate. What am I, not an educator? ... This is the world we live in. Is it wrong for Lonny Baxter, wrong for Juan Dixon, wrong for Drew Nicholas to make a million dollars? Chris Wilcox? What is wrong with that?

What's there to say? We had this period where we were really good. This is the price you pay."

What Sweaty Gary fails to realize is that the graduation rate is not implying that these players are not successful, the percentage does not count against players that turn pro early.  The figure counts against players that leave the program and are not in good academic standing, or in the words of the NCAA:

The GSR also allows institutions to subtract student-athletes who leave their institutions prior to graduation as long as they would have been academically eligible to compete had they remained.

Your student-athletes are not students, Gary.  That is what the 0% in 2007, the 10% in 2008 and the 8% in 2009 are saying.  Not that they one day cannot be successful, rather that while they are on campus, they are not fulfilling the student aspect of their duties, which if I recall correctly, is quite an important part of receiving scholarship money to play collegiate athletics.  Compare your classy quotes to what John Thompson III said last year.

Stark difference, eh Gary?  And oh, of the four players you mentioned above, Lonny Baxter, Juan Dixon, Drew Nicholas and Chris Wilcox; none of them is making $6 million.  Two are playing in Greece, one is averaging less than 10 minutes a game in the NBA, and the fourth was arrested for firing a handgun a few blocks from the White House.