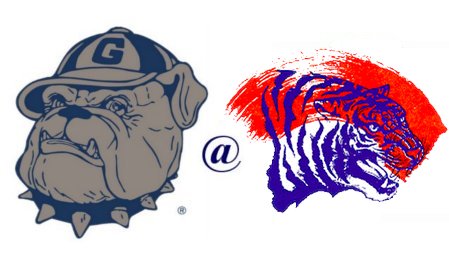 Under any circumstances, not many members of the student body would be very enthusiastic about a Georgetown game at Savannah State. Students are particularly uninterested in the upcoming game because of the team's embarassing performance against Temple. One student remarked, "The problem [with the Temple game] wasn't so much that we played terribly. The game was just so boring." It seems that many students agree- it's very difficult to get excited about a team that puts up only 46 points in a game, even if they squeak by with a victory. In order to spark more fan support, Georgtown not only needs to pick up their game but also to pick up the pace.

Even OldHoya has difficulty getting fired up for this game and will not be making the trek. Like most Hoya fans, OldHoya fondly remembers Coach Broadnax's time on the Hilltop and credits him with being steady and a good shooter. OldHoya didn't know Broadnax well but was interested to learn that Broadnax pulled double duty as a hoops coach and practicing attorney in Florida.

OldHoya also offers up a preemptive Jack Nicholson award as Dick Williams, a 1966 grad and former Georgetown SID (now a conservative columnist for the AJC) will make the trip to Tiger Arena.

Because this game will likely be a lopsided affair, Vegas isn't going to bother and will not post a line. If you needed any convincing as to what may occur in Savannah on Saturday, here is a link to what happened last year: Game 7 - Savannah State.

Last year the Hoyas dropped triple digits on the Tigers, will they do it again this year?