Sleeping with the Enemy: Breaking down the Savannah State Tigers

Share All sharing options for: Sleeping with the Enemy: Breaking down the Savannah State Tigers

We knew that when we started the Sleeping with the Enemy series that we'd run into some roadblocks.  We figured that some of our opponents would be too stuffy and awful to take us on in a battle of wits, while other opponents would simply be too hard to get in touch with.  Savannah State falls into this latter category.  It's not that we didn't try to get in touch with someone at Savannah State to dish on their Tigers.  In fact, we tried contacting this guy.  But alas, with no response we are forced to entertain you with nothing to go on but our own creative genius.  So here you go with this week's Sleeping with the Enemy, version Savannah State. 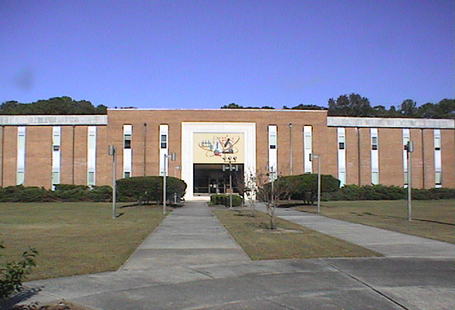 CH:  Hi guys, what can you tell us about the team?  What should the Hoyas expect from the Tigers on Saturday?

First let me say that it's truly a pleasure to be here on Casual Hoya.  You guys are the best.  But to answer your question, you can probably expect just about the same you've seen from us the last couple of times we played you guys, though I suspect we'll fare a bit better than the 100-38 ass-pounding last season.  Sophomore forward Arnold Louis will be doing most of the damage for us. Louis put up 17 and 7 in the opener against vaunted Webber International, and from what I saw while doing some advance scouting in the Hoyas - Temple game, I suspect him to have a great game against that #10 of yours who doesn't seem motivated.  We're very excited than LeMoyne beat Syracuse, and since we're better than LeMoyne, we therefore could give the Hoyas a run for the money that we're stealing for your agreeing to this game in the first place.

CH:  What can you tell us about the school?

Savannah State is the oldest institution of higher learning in the beautiful and historc city of Savannah, Georgia.  But don't just take that from me...feel free to check out our website!

The 173-acre campus is by far the most picturesque in the state of Georgia. The moss-laden sweeping oak trees, expansive marsh and historic architecture create a resplendent yet tranquil atmosphere. Beneath the beauty and splendor is a vibrant residential campus bursting at the seams with the vim and vigor of quality collegiate life: relevant academic majors, engaging lectures, cutting-edge research, quality student-faculty engagement and a nurturing environment. I invite you to become a part of the SSU family. Please continue your exploration of Savannah State University - both on the Web and in person – and share our excitement.

Doesn't that sound nice?  In case you or a loved one would like to one day attend our school, here are our tuition breakdowns.  Moreover, we're very excited about our athletics website, and if you scroll over the Tiger logo be sure to turn your volume up and fasten your seatbelts!
Also, we've got better cheerleaders than you do.  Go Tigers!
CH: That website is not for the squeamish. Do you find that intimidates opposing teams more than playing in Tiger Arena?

Absolutely not - we're coming off a tremendous home win over Central Connecticut State University (Casual note: Legendary big man stiff and lunatic Keith Closs's alma mater), where we had 1,133 fans and there's no chance we would have beaten them by 8 without crowd support. I mean, the place seats 6000 and having it 1/4 full is about what we hear Gtown got at Verizon for its NATIONALLY TELEVISED game against Temple.And who cares about hoops when our football haltime show features the Coastal Empire Sound Explosion?
CH: Umm. Yeah. But did you know that we have a t-shirt gun? Let's move on - Gtown has a long history of sending players to the next level. How have Savannah State's players done as they moved to the pros?
Glad you asked - everyone knows that Shannon Sharpe was our best football player but more important to this game, Lazarius Coleman recently appeared on 'Pros vs. Joes' and played against Alonzo Mourning!  (Casual note: we strongly endorse degrading reality TV but this might be the ultimate Salvage Your Dignity show - please review the list of hoops players.)
CH: You hinted at it before but after the Hoyas impressive home crowd against Temple, I'm sure plenty of boosters will be travelling to Savannah. What's the upside to Savannah?
Sad but true, our current claim to fame is that wildly annoying Paula Deen.

CH: Current Tigers coach Horace Broadnax was one of only twelve players ever to win a National Championship while wearing a Georgetown uniform.  Due to this unique distinction, we regard him with the utmost respect and have no need to learn more about him since he is already a Hoya legend (he ranks 7th in games played for Georgetown).  So final question:  Who is more annoying, Dick Vitale or Doug Gottlieb?

Wow, this is certainly a tough question.  Both have incredible abilities to annoy, aggravate and infuriate even the most indifferent sports fans.  But I would have to say that Doug Gottlieb is the most unbearable.  Dick Vitale, while excruciatingly irritating, makes no claims not to be a nuisance.  Vitale is well aware that he is merely a prop used by ESPN to make the commentary of Bobby Knight seem somewhat intelligent.  No one takes his insights, stories and analyses seriously, and his love for all things Duke and Coach K is borderline criminal.

Doug Gottlieb, however, thinks he is a legitimate commentator. Gottlieb is not sharp like Jay Bilas, well-connected like Andy Katz, or even comical like Digger Phelps.  Gottlieb's pompous attitude would be offensive if it were not for the fact that every time I look at him I am reminded of how he was kicked out of Notre Dame and convicted of misdemeanor fraud for stealing credit cards.  He even failed at criticizing Jim Boeheim, something so easy, even a caveman can do it.  Gottlieb sucks, plain and simple.

CH:  Well, we're almost out of time (and space) here.  Thanks for stopping by and good luck on Saturday.