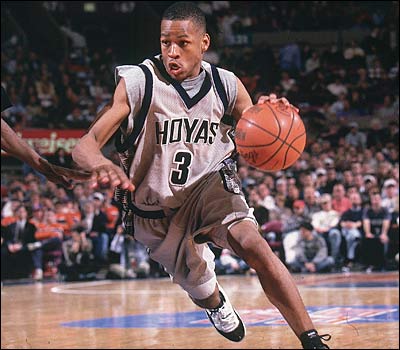 I've wanted to see Allen Iverson rock the Garden since 1995, so the news of his potentially imminent signing with the Knicks is intriguing to say the least.  We all know AI's play has declined over the past few years, but can you see any negatives for him playing in MSG on that awful Knicks squad?  Let's be honest, he'll automatically become the best guard on the team (tonight's starters were Chris Duhon and Toney friggin' Douglas) and there's no reason he can't average 18+ per game in D'Antoni's fun and gun offense.

Not sure why this deal is taking so long, especially given that the Knicks are 2-9 and going nowhere, and oh, Iverson has the same agent as Mr. LeBron James.  I scratch your back, you scratch mine.  Wouldn't you start watching the Knicks again with Iverson running the show?  This HAS to happen.

In other news, nice game for Roy Hibbert tonight.