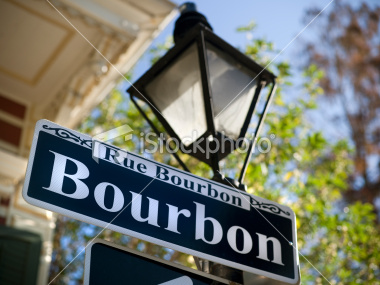 Player of the Game

DaJuan Summers.  Summers' absence was noticeably refreshing.  The Hoyas went back to the basics, resulting in numerous easy looks in the 2nd half as Georgetown began to pull away.  Hopefully gone are the days of the awful outside shots with 25 seconds left on the shot clock.  On the court I'm giving this award to Greg Monroe, but I'm not happy about it.  The 18 and 11 is good on paper, but he wasn't nearly assertive enough against an undersized Tulane frontcourt.

Fans of the Game

The 100+ friends and family that came out to support local hero Monroe were great, but I was more impressed with the number of Hoya fans who came to New Orleans from near and far who sat in the visitor's sections and made their presence felt.  Throughout the 2nd half the 'Hoya Saxa' chants drowned out anything the Tulane kids could put together.  Of course, it was tough to put anything together at that point due to the majestic $3 beers on sale at Fogelman Arena.  Special shout-out to the crew of 5 current freshmen at Georgetown who flew down for the weekend and attempted an ill-fated "Casual-Hoya" chant.  Also special shout-out to the Tulane student who stripped down to a speedo and danced behind the basket to distract Monroe on a free throw attempt.  Monroe missed the freebie.

Bring It On! Award

On scale of 1-5, with Georgetown's cheerleaders being a 1 and Arizona being a 5, Tulane's cheerleaders merit a 2, barely elevated above 1 due to presence of the dance squad and its black spandex.  This was a disappointing effort by the Wave, especially considering the level of talent right outside the Arena.

The award for least impressive performance is a tie between the Tulane cheerleaders and Tulane coach Dave Dickerson's tie.  Dickerson, who is generally a snappy dresser, decided to impress a near sellout at Fogelman with a choice of neckwear that resembled this.

Celebrity fans included the New Orleans Saints' Darren Sharper and Roman Harper.  Also in attendance was Tulane's President Scott Cowen, who may be the next president of the NCAA.

This award went unclaimed in this game, as not a single player exhibited any questionable antics down the stretch with a point spread cover or an over/under hanging in the balance.  The Hoyas led by double-digits throughout the 2nd half, and the 10 point line was never in question in the final minutes.

JT3 inserted Nikita for a stretch in the 1st half.  When he entered the game the Hoyas led by about 8.  When he exited just over 3 minutes later, the Hoyas lead was shredded to 3.  Nikita adds nothing to this team.  Much rather see what Sanford and Benimon can do.

Hollis Thompson is the new Junior.  He knows the system, his size causes matchup problems, he hustles, and he shows emotion when on the court.  The upside is real, palpable, and true.

Look, I could go on all night with these, but I'm still hungover, the Pats and Colts are about to kickoff and we've got Temple to start getting worried about.