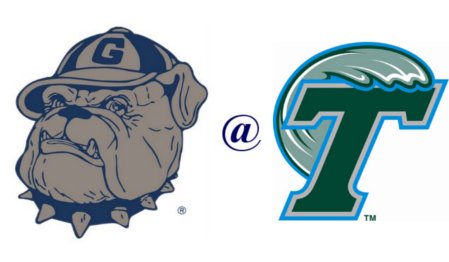 This segment is courtesy of a current student at the Hilltop, who will be providing insight into what the student body is generally feeling prior to each game.

Following the disappointment of last year many students have conflicting views about the first game of the new season. One student when asked what he expected to see in the upcoming game against Tulane stated, "We're going to destroy them." He then paused and said, "Actually, we're probably going to lose." It seems as though many students do not realize the season begins this week, probably because the first game isn't at the Verizon Center. In fact, teachers seem more aware about Friday's game than the students. Two of my professors mentioned the game today in class to a confused audience of students. Student enthusiasm is noticeably low, but it is probably no more than a win or two away from being revitalized.

This segment is courtesy of a current Hoyas alum who happens to have court side seats, and knows everything there is to know about Hoya hoops: past, present, and future.

Georgetown basketball has several ties with New Orleans - obviously the most memorable being the 1982 championship game. OldHoya remembers only one other trip to the Crescent City: a 1989 homecoming game for Jaren Jackson played at the Superdome in which the Hoyas lost to an LSU team led by Chris Jackson. Jaren started on a Hoya team that made the round of 8 and has the honor of being the first Hoya to get an NBA championship ring, when he was the San Antonio Spurs' sixth man. He married a Hoya (undergrad and law graduate) and still lives in the DC area.

OldHoya, who incidentally attended jackson's wedding, remembers three other New Orleans Hoyas: Jonathan Edwards (a 1989 grad and a center whose career never really took off due to back injuries), Perry McDonald (a 1988 grad who began his career as a guard and finished as a 6'4 center), and Dwayne Bryant (1990 grad and now the head coach at Georgetown Prep).

This segment is courtesy of the oddsmakers in Las Vegas, who clearly know everything there is to know about Hoya hoops: past, present, and future.

The Hoyas have been installed as a 10 point favorite at Tulane in the season opener. Note: In some places, the line has moved to 10.5.

This line clearly reflects that Vegas thinks the Hoyas may not be as good as their preseason #20 ranking and may be a little rusty out of the gate. Assuming Greg Monroe can turn in a decent performance in front of his hometown fans and not get too excited (read: early foul trouble), the Hoyas should have no issues dominating the paint and scoring easy baskets. If Tulane is off from the perimeter, this one could get out of hand early.

My guess is that the Hoyas maintain an 8-10 lead heading into the half, a Tulane three point barrage makes it interesting with about 8 minutes to play, and the Hoyas extend to right around the spread down the stretch. As always, free throws will determine the outcome, and I think that Wright, Clark, and Freeman will knock enough down as the clock dwindles down to give the Hoyas the edge that matters.

Though this team needs to show me that last season is a distant memory before it earns my tru$t, this one should be a cakewalk. If this game were being played at Verizon, you might be looking at something like -18.

Check back throughout the day for updated media coverage and during the game for updates from people in attendance.

Put your hypothetical money where your mouth is