The Collar is Popped to Prevent Sunburn, I Swear

Share All sharing options for: The Collar is Popped to Prevent Sunburn, I Swear 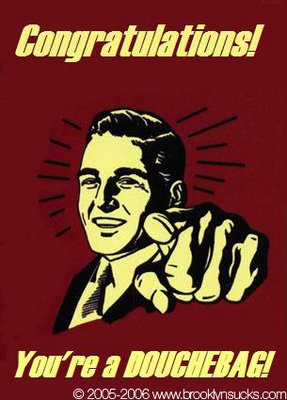 Dismayed by the fact that his alma mater was receiving negative attention for the actions of someone no longer affiliated with the school, Georgetown alum Ben Pike decided to take matters into his own hands.  He decided to defer attention from Kevin Broadus and the Binghamton Bad News Bearcats and bravely lay it on himself, in the selfless pursuit of augmenting the image of his beloved Georgetown.  And then he failed, miserably.

Earlier this week, The New York Times released a story about the Ivy Plus Society, a social club for singles in New York from Ivy League and Ivy-like schools.  The concept is simple: gather the smartest and brightest, feed them overpriced and colorful drinks, let nature takes it course and 9 months later you have a flock of super-smart babies adorned in pastel shirts!  Did I mention that the gatherings are sponsored by J. Crew (joke, please don't sue, thanks).

How does this relate to Blue and Gray-loving Ben?  Well the article had this little write-up on the alum and why he attends such events:

Ben Pike, a 2006 Georgetown graduate, was settled into a copper-colored sofa in the back of Gates lounge. He said he hoped to met New York women who were more than merely gorgeous. "I've been in the city three years and dated girls who are legitimate models, and that gets old," said Mr. Pike, who works in private equity. "I have high standards. I've met people who are really smart but don't have it together socially, and people who are fun but may not offer more mentally." The total package, he explained, is tough to find.

There is so much to pick apart in this statement I have no idea where to start.  Is he implying that dating illegitimate models does not get old, perhaps because they are not recognized as lawful offspring?  Or maybe he can't find the total package in New York women because he is barking up down the wrong tree.  I don't know, just throwing it out there.