Thoughts from the Open Practice

Share All sharing options for: Thoughts from the Open Practice 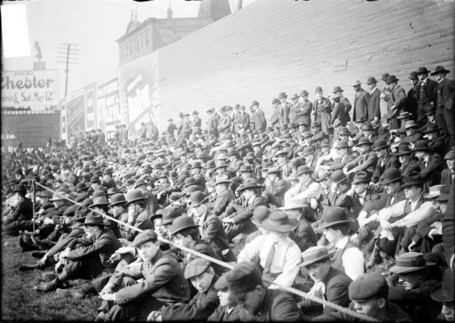 If you are expecting any ground breaking revelations from Saturday's HHC Open Practice, you are going to be sorely disappointed with the following write-up.  Imagine a team that has been practicing for a week.  Imagine the drills, skills and fundamentals coaches run in order to get a team into shape.  And then imagine yourself sitting on hard wood bleachers in a poorly ventilated high school gymnasium.  That was Saturday in a nutshell.

Open Practice
There you have it, a quick recap of the open practice.  As people were filing out JT3 commented that he could now run the actual practice, since he never likes to embarrass players in front of a crowd.  You could tell he was holding back from critiquing the players during the drills.  Good to see a healthy turnout at the open practice, don't ask me how many people because I am horrible at estimating crowd sizes.  If I had to guess, I'd say it was somewhere between 300 and 1,200.
Good talk.