Cheddar Bob Gets The Book Thrown At Him

Share All sharing options for: Cheddar Bob Gets The Book Thrown At Him

It seems that our classy and admirable friend Mr. Boeheim over at Syracuse Holding Cell/University has decided to do the honorable thing and insist that Eric Devendorf play despite the recommendation that he be suspended for the remainder of the school year for assaulting a female student. 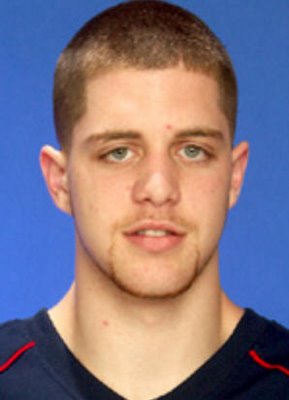 From a basketball perspective, I applaud Boeheim's decision. I believe he ascribes to the philosophy made famous by Confucius: Avoid preparation; always act as if all is normal and when the inevitable happens, just cry and whine. I guess that means we can expect a lot of high pitched, nasal sounds from Boeheim come conference time when Cuse is playing without their starting guard. The same starting guard who's departure they had a whole month to prepare for, against cupcake teams mind you. And in the meantime Confucius also recommended making insensitive and crass comments to the press while completely overlooking the severity of an athlete assaulting a student. Don't think B Rabbit is going to save Cheddar Bob from this one. A sweet bro high five to you Boeheim, you really thought this one through.

From a holistic perspective, I am not a fan of the innocent until proven guilty standard being applied to athletes. All athletes should be assumed guilty until proven otherwise. This assumed innocence nonsense makes my ability to ridicule athletes I despise a lot harder. And I am firm believer that all laws should be based on making my life as easy as possible.